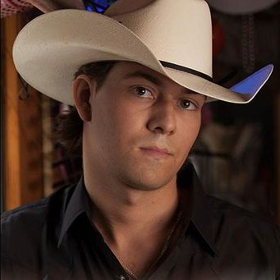 This fall will be a big period for mainstream country’s new traditionalist resurgence. Recently we got the news that Mo Pitney’s long-awaited debut album will be released October 7th, and the week before, on September 30th, traditional country singer William Michael Morgan will also release his debut.

Titled Vinyl, the album was produced by Scott Hendricks and Jimmy Ritchey, and is led by his debut Top 20 single “I Met A Girl.” Vinyl is also the name of a William Michael Morgan song that was featured on an EP released in March by his label Warner Music Nashville.

“I can’t believe it’s already about this time for me,” William Michael Morgan said in a statement. “Right now we’re sitting at about 11 songs that’s gonna be on the album. That could change, but it’s all country, true to the EP of course, and I just can’t wait to share this with you guys. We’ve been working so hard to try and find and write to get these songs out to the public.”

William Michael Morgan has been proving his muster as a traditional country artist on the Grand Ole Opry and other places recently, and looks to be one of those rare birds that is willing to stick to his roots, and won’t be persuaded otherwise by his label. It’s pretty customary these days to release a debut EP first for a major label artist to gauge public sentiment before the full LP.