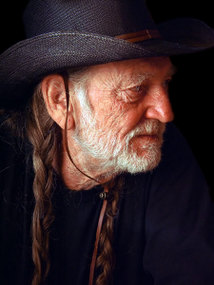 Four years ago, young Ava Adams of Amarillo, TX was born premature at 27 weeks and had to undergo 12 surgeries in the first 15 months of her life to stay alive. During many moments of Ava’s early life, the situation looked bleak. Issues with her health made it impossible for her to digest or pass food. Two years before, Ava’s parents Brittany and Jamison Adams had lost a son to the same condition. But young Ava pulled through, and a strange thing is given credit for helping in Ava’s remarkable recovery: traditional country music.

“Where country music came in for her is during her stay in the NICU (neonatal intensive care unit),” Ava’s father Jamison explains. “We’re not allowed to stimulate the babies too much. But we were allowed to play music for her and hold her hand. So we started playing music for her on a daily basis, and when I played old country music, she would respond well to it, so we started playing that all the time and she loved it. Any time she was having a bad day, you could play Willie Nelson or Johnny Cash or Ray Price, and her stats would come up, almost immediately.”

Eventually Ava pulled through the harrowing experience to where she was able to get by with just a feeding tube she could wear in a backpack. But her love for classic country, and specifically Willie Nelson never wavered. “That just carried on,” Jamison says. “And when she got older and wanted to listen to music, she loved Willie Nelson. And it’s taken off from there, and now she’s Willie’s biggest fan pretty much.”

4-year-old Ava says her favorite Willie Nelson songs are “On The Road Again” and “Always On My Mind,” she carries a Willie Nelson doll with her at all times, and she often walks around the house saying, “We need to go see Willie Nelson.”

“For Christmas last year we had a special surprise for Ava that she was going to go see Willie Nelson in concert,” says Ava’s mom Brittany. “It was such a big deal for her. She was so excited. We all got our bandana’s on and matched, and we got all loaded up in the car and headed over to New Mexico, and we had a call that the show was canceled due to weather. The bus couldn’t make it. There was a lot of snow. So we had to turn around and come back. We made a fun little day of it, but she has not been able to stop talking about when are we going to be able to see Willie since that happened. She’s definitely excited to see his next show. So when he comes back our way, we’re going to have to make a point to go see him. She going to take everything, her guitar maybe, her Willie doll.”

Ava’s parents say she’s not like most 4-year-olds who want to have a bedtime story read to them. “She has to have Willie Nelson videos to go to sleep.” says her father.

Let’s hope when Ava finally gets to see Willie Nelson perform, she gets to meet Willie Nelson as well. Let’s get this done, world.