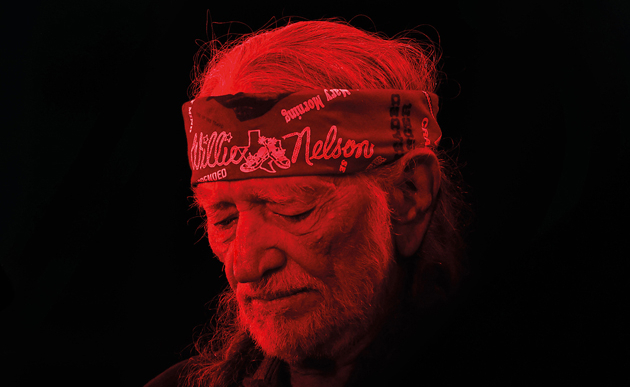 An inordinate amount of people seem to be angry about Willie Nelson’s cancellation of a show this weekend in North Carolina as part of the the Outlaw Music Fest tour, even more so than normally emerge after a concert cancellation, including people who weren’t even there. Shows and tours get canceled all the time for a host of different reasons, and Willie Nelson is 85-years-old. Why all of a sudden is anger overriding concern for the well-being of the greatest living country music legend on the planet, and one of the most well-respected Americans who has ever lived? How with one cancellation did Willie Nelson burn through over six decades of good will?

You first have to put yourself in the shoes of a concertgoer at the PNC Music Pavillion on Saturday night. You’ve been hanging out in the hot weather all day, paying jacked up prices for embellished concessions for hours. Your back is stiff. Your feet are tired. When you purchased tickets originally, you thought Elvis Costello and Brandi Carlile were also going to play the bill, and they eventually canceled and were replaced with undercard acts. Then you sat or stood waiting for Willie Nelson 45 minutes after he was supposed to start playing only to see him saunter on stage, throw his hat out into the crowd, and then saunter off. Then you waited another hour like a cow in a stockade before you were finally told officially Willie Nelson would not be performing that night. And you were mad as hell.

This isn’t just the case of a canceled show and a rescheduled date or reimbursed ticket. This was a festival. Many folks drove from hours away to attend the event. Some flew in for the festivities. Many purchased hotel accommodations, lined up babysitters, took vacation time off, spent the one opportunity they had all year to splurge on entertainment to see someone they may never get to see perform again. It was Memorial Day weekend, and there were a myriad of other options of how to spend the holiday. And instead of Outlaw Fest being a release valve for life’s infinite pressures by delivering a night of fond memories, it was one of disappointment, and drama, brought to a steaming boil by the way it all appeared to be handled.

Many conspiracy theories are swirling around about just why Willie Nelson decided he wasn’t playing music Saturday night. But the actual explanation is incredibly simple. There were no technical difficulties. Willie Nelson wasn’t angry at anyone. It wasn’t due to curfew restrictions. It was all because Willie Nelson was physically unable to perform due to an apparent stomach bug so bad that he just did not have the intestinal fortitude to fight through it.

But he tried. He gave all his 85-year-old body could give. That is why he came out on stage. Twice. That’s why they didn’t tell the crowd he was canceling, because he was too stubborn to face the reality that he was too sick to perform, and kept trying to fight through it. But he just couldn’t go (or couldn’t stop going, perhaps). And nobody was more angry about it than him. Because he’s Willie Nelson. He wants to perform for you. He’s said many times before he wants to die on stage. He just didn’t want it to be Saturday night.

Willie Nelson wasn’t angry at the promoters, the sound guys, the venue, or anyone else. He was angry at the situation. The very next evening he was playing at The Anthem in Washington D.C. as part of Outlaw Fest once again, and according to fans and video, Willie put on a quality performance. He was still breathy in moments of songs, but he’s 85-years-old. Of course if you missed out on Willie Saturday night, the news of his quick recovery may be of little consolation. It may even infuriate you because you missed your chance. But if your heart is where it is supposed to be—which is showing sincere concern for the well-being of Willie Nelson instead of your own selfish concerns—you should be happy he bounced back.

You have every right to be angry if you were in Charlotte Saturday night to see Willie Nelson perform, but you have no right to be angry at Willie Nelson. This guy has been nothing but a warhorse for country music, an advocate for the American farmer, an Elder Statesman of the United States, and the champion of countless other causes over his career. He served in the military. You purchase a ticket to see any 85-year-old performer, you’re running a risk. They may be unfit to take the stage. They may die before the date ever comes. But you still pull the trigger on tickets because you may never have the opportunity to see them again.

Years from now, people will be bragging how they saw Willie Nelson come out on stage in Charlotte just throw his hat in the crowd. Others will be jealous they weren’t there to see it first hand. Still others will lie and say they were there, when in truth they were 1,000 miles away sipping cheap beer on their back porch. Because what happened Saturday night will become another piece of Willie Nelson lore. Even in defeat, Willie Nelson made the moment memorable.

We saw this same late-career pattern happen with Merle Haggard, with George Jones, and countless others. Everyone says they should hang it up instead of going out with a whimper. But the performers would rather die than not play. Playing shows is the only thing that keeps them alive. If they retired, they would die sooner. It’s the only life they know. It’s painful to watch, but beautiful to witness. It’s performers doing what they were put on the earth to do, until they die.

If you get caught on the wrong end of a cancellation, it can be incredibly frustrating, and understandably so. But dammit, appreciate the gift that is every waking moment we get to share this earth with a legend like Willie Nelson, now more than ever as those moments become increasingly fleeting by the day. Willie has given it his all, and then some. He doesn’t owe you anything.

Tickets can be refunded. Shows can be rescheduled. But nothing will ever replace Willie Nelson.