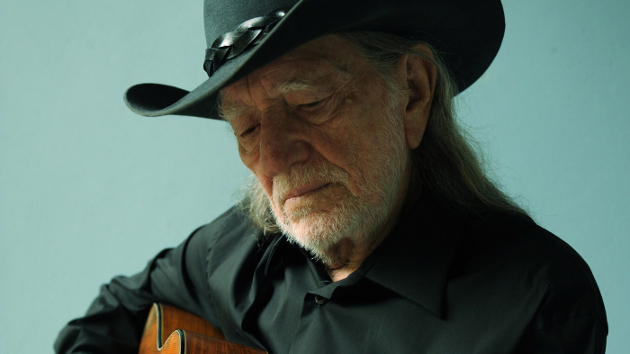 Willie Nelson played the second night of a two-night stint at the Whitewater Amphitheater just outside of New Braunfels, TX on Saturday night (4-22), and left many fans concerned after he had to leave the stage for an extended period, and also appeared disoriented at times during the set.

After singing the first song “Whiskey River” Saturday night, Willie Nelson laid his guitar Trigger down against the drum riser and unexpectedly left the stage. His family band continued to play and tried to cover for him, but Willie was absent from the stage for about 20 minutes as fans looked on anxiously before Willie eventually re-emerged. After returning, Willie continued to look disoriented for a couple of songs, and took another song off from singing while the band kept playing.

Later Willie appeared to find his groove, and despite repeating “Good Hearted Woman” which he played earlier in the set, he finished the show without any further issue. Kacey Musgraves, who opened the show, joined Willie with the rest of her band on the stage about halfway through the set until the finale. Despite the issues, fans were happy for the opportunity to see Willie, and witnessed a full show in the end.

The 83-year-old country legend is regularly the target of health concerns, sometimes fueled by viral content farms and internet rumor mills exploiting death hoaxes and exacerbated health news to drive clicks. Nonetheless, some recent health concerns for Willie Nelson have been real, including his canceling of seven shows earlier this year due to undisclosed health concerns. After the canceled shows, Willie Nelson re-emerged in a highly-anticipated performance at the San Antonio Rodeo on February 16th without issue.

Willie is scheduled to play at the City Band Auditorium in Lubbock on Sunday, April 23rd, and then play a string of shows out west ahead of a headlining appearance at the Stagecoach Festival in Indio, CA on April 29th, which also happens to be Willie Nelson’s 84th birthday. Saving Country Music reached out to Willie’s publicist for comment or further information, but emails were not immediately returned.

Willie’s latest album God’s Problem Child will be released on April 28th. It includes the song “Still Not Dead” that makes light of the internet death hoaxes regularly swirling around Willie.