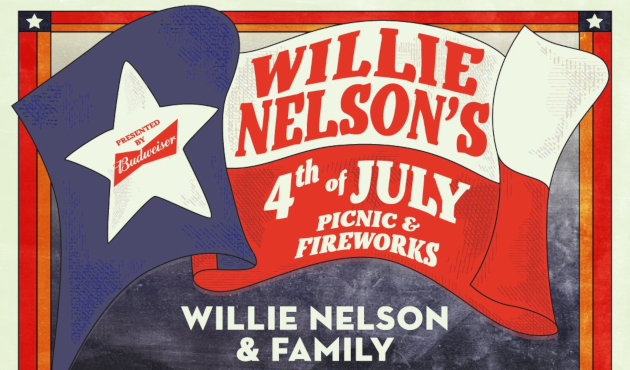 For the fifth year in a row, Willie Nelson’s annual 4th of July Picnic will be held at the Circuit of the Americas speedway just south of Austin, TX, and will include many long-standing invitees and Nelson family members in the lineup, as well as other special guests. The initial lineup for the nearly 50-year-old event has just been announced, with more names coming.

The 2019 lineup will include headliners Nathaniel Rateliff & The Night Sweats, Alison Krauss, and Jamey Johnson, with surging mainstream country music star Luke Combs filling the slot regularly given to a major label performer. Picnic regulars like Ray Wylie Hubbard, Johnny Bush, and Billy Joe Shaver will also play, as will members of Willie Nelson’s family in the form of Folk Uke and the Raelyn Nelson Band. Up-and-coming artists include Colter Wall, and the Casey Kristofferson Band fronted by the daughter of Kris Kristofferson and Rita Coolidge. Country legend Gene Watson will also perform.

We’ll have to make sure a fist fight doesn’t break out between Steve Earle and Hayes Carll (kidding, of course), seeing how a couple of years ago Hayes Carll sang a song at the 4th of July Picnic to clap back at Earle, who was also performing on the day . Hayes is now engaged to Earle’s former wife, Alison Moorer, and Steve Earle once said Hayes was a “younger, skinnier, less talented singer-songwriter” than himself. Good news is both artists also recently played Willie’s Luck Reunion during SXSW, and it didn’t come to blows.

Also interesting to note that this year’s 4th of July Picnic poster is a play off the 7th Willie Nelson picnic held 40 years ago in 1979 (see below). Ray Wylie Hubbard played both years.

Tickets will go on sale Friday, April 5th at 10 AM via TicketBastard. 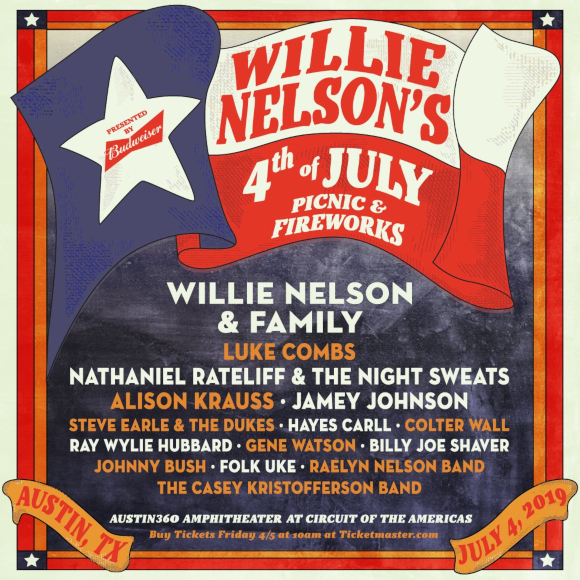 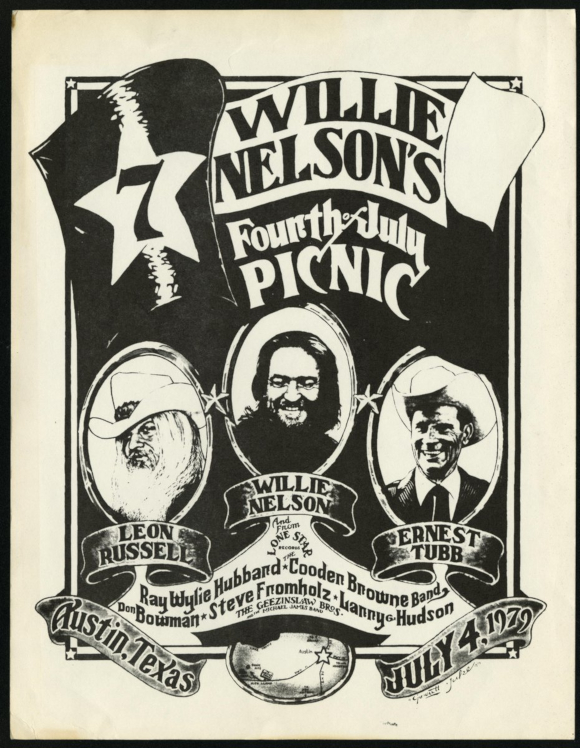