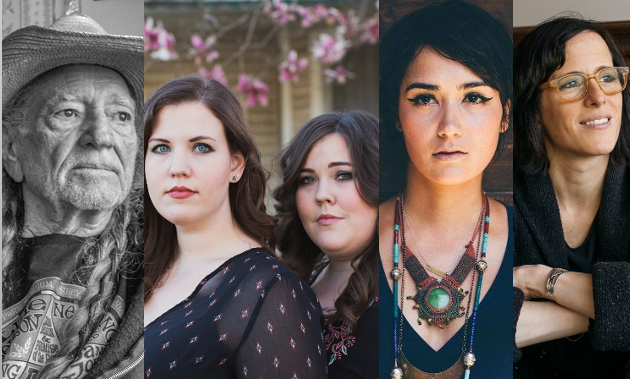 2017 is shaping up to be a stellar year for new music, with some highly-anticipated new albums from Chris Stapleton and Jason Isbell already on the way. It’s also shaping up for a good year for singles ahead of some of the year’s most anticipated album releases, and this week some great premier tracks make it into Saving Country Music’s Top 25 Current Playlist.

Selections just added to the playlist include a premier single from The Secret Sisters called “Tennessee River Runs Low” off their upcoming album You Don’t Own Me Anymore due out June 9th. It’s hard to match the magic of sisters in harmony, and few in the modern era can match The Secret Sisters.

Other strong lead singles from upcoming albums just added to the list include John Moreland’s “It Don’t Suit Me.” His latest album Big Bad Luv will be out May 5th. Phoebe Hunt turns in the energetic and defiant track “Lint Head Gal” from her upcoming record Shanti’s Shadow out June 2nd. Sera Cahoone‘s “Time To Give” from here recently-released album From Where I Started also makes it into the rotation.

And last but certainly not least is one of the lead songs from Willie Nelson‘s upcoming album God’s Problem Child out April 28th. “He Won’t Ever Be Gone” is a tribute to Willie Nelson’s long-time friend and country music legend Merle Haggard. Far from your average sappy tribute, “He Won’t Ever Be Gone” touches on the deep truths surrounding the death of someone that meant so much to many like Merle Haggard.