Willie, Waylon, and Merle on Cocaine, In Their Own Words

The misconceptions about country music “outlaws” began when the term was first coined back in the 70’s. Ever since the Wanted: The Outlaws album became the first platinum record in country music history, people have drawn assumptions about the term, or co-opted it for their own devices. Waylon Jennings wrote about this himself in the song “Don’t You Think This Outlaw Bit Done Got Out of Hand”—a Top 5 single released in 1978. Yet still here in 2015, we have to fight the misconceptions on a regular basis.

In a recent interview, Luke Bryan professed that he wasn’t an Outlaw, saying, “I don’t do cocaine and run around . . . I don’t know about laying in the gutter, strung out on drugs,” and evoked the names of Willie Nelson, Waylon Jennings, and Merle Haggard as part of that characterization.

READ: Luke Bryan Defines Outlaw Country As “Laying in the Gutter, Strung Out On Drugs.”

So to give some historical context to Luke Bryan’s characterizations, I thought we would look back and see what Willie, Merle, and Waylon felt about cocaine. Willie hated the stuff, and would fire anyone in his crew caught using it. Merle barely touched it, except for one dalliance that ended poorly. And Waylon was a professed, long-term cocaine addict who openly expressed his struggles with the drug, and got clean later in life to tell his story.

It’s a lesson not just for Luke Bryan, but the other misinformed “Outlaws” of today who think that emulating their heroes with cocaine use is either cool, or accurate.

From Willie, An Autobiography by Willie Nelson with Bud Shrake 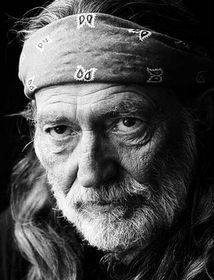 While I’m admitting to the contents of my medicine chest of drugs and alcohol, I’ll tell you two things you’ll never find me doing—smoking cigarettes or using cocaine. Heroin is so far beyond anything I would use or even tolerate around me that I won’t bother to talk about it.

I have one firm rule with the band and the crew regarding cocaine: if you’re wired, you’re fired.

Anybody in the band or crew who hasn’t quit cocaine has at least pulled up hard from the way it used to be. Cocaine is a stupid drug to use. It gets out of hand before you realize what is happening to you. Everybody starts off thinking they can snort a few lines from time to time, get a pleasurable buzz of energy and confidence and a feeling of power. But sooner or later, cocaine will overcome you. Some of the guys in the band and crew were spending too much money on coke, damaging their health and definitely affecting their music. When you’re wired, you stay up and party, maybe never sleeping between one show and the next, thinking you’re doing fine. But really you think you’re making it when you’re really faking it.

Coke don’t even make you funny the way whiskey can do, it just makes you think you’re funny. For a singer, Cocaine is a disaster on your breathing and throat. Coke has fucked up many a singing voice. I appreciate that the coca leaf grows in the ground, like a medicine. A cup of hot tea brewed with coca leaves is a good tonic for the blues. Indians in the mountains of South America chew coca leaves to pick up their spirits and keep them going in a hard life.

But by the time cocaine gets to the user in this country, it is nothing like the coca leaf you would pull off a bush in Bolivia. The dealers cut the powder with some very poisonous shit. A coke snorter who is moderately deeply into it—like a gram a day—knows damn well he is sticking strychnine, borax, crank, baking soda, all kinds of words that end in -drine, up his nose, but he doesn’t care. Coke makes smart guys stupid. He keeps on throwing good money and precious time after bad dope. Eventually he blows his act.

From “The Last Outlaw,” an interview with Merle Haggard from GQ, 2012. 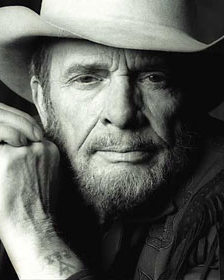 “I never did party too much, ” he says. “There were periods of my life where I was in between wives, when there was a flamboyant lifestyle that was debatable as to whether anybody should have had that much fun. And you know, the Lord knows all about it, and I’m sure that I’ll have to pay for it all. But there was a period of time that went by in my life that I doubt that there were many people on the face of the earth in any period of the past or in the future that enjoyed their life much more than I did.”

That having been said, there were five months in 1983 when Haggard, as he puts it, “spun off pretty bad.” he had been jilted by a woman who he thought loved him, and his response was to buy $2,000 of cocaine and retire hurt to his houseboat. “For about five months there, man, I had quite a party,” he recalls. “And different famous people came in and out of that party and saw the condition of it, and I’m sure a lot of them figured I’d never survive.” Haggard says he snapped out of it when he realized that he had been on his houseboat naked with some good-looking woman for five days and had yet to have sex with her, though that was what they were both there for.

He says he never did cocaine again.

From Waylon, An Autobiography by Waylon Jennings with Lenny Kaye 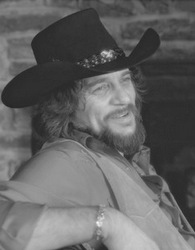 After about three weeks, I got to where I could sit for a time and feel my mind clearing out. I realized, that’s the end of it. I waited another day to make sure about what I was thinking, though I still felt I had only “stopped.” That was my key word.

I was in the car with Jessi [Colter] one afternoon, watching the desert scenery go by, and I turned to her and asked if so-and-so knew “that I quit.” She stared at me. I realized what had just come out of my mouth. I didn’t believe that I had said that. “Did you hear me?” I asked her, though I was really directing the question at myself.

It had come from deep within, and we both understood it was absolutely true. I wasn’t ever going to do drugs again, as amazing as that sounded. I had painted myself into a corner, and when I give my word, I don’t break it.

A month after entering my halfway house, I walked out the door, slightly shaky, but feeling strong, at least physically. I was anxious to see what life was going to be like, though I didn’t dwell on the mental hurdles that were sure to come. I sniffed the fresh desert air, crisp in the morning, feeling it rush into my nose and lungs where once drugs had lived and breathed. I felt washed out.

Back on the bus, there was still that twenty thousand dollars worth of cocaine waiting for me. The last temptation . . . I went in the back, unearthed the briefcase with the coke, and took it from the bus. I handed it to Jessi. “Yo, of all people, deserve to do with this whatever you want.” She went in the bathroom, poured it in the bowl, and hollered, “Hallelujah!” She was the happiest girl in the world. And I was the happiest boy. . .

For a long time, it was like I’d lost somebody close to me. I was in mourning, pining away. The best way I can explain it is there’s a guy over there. He’s another person. You can do anything you want to because you can blame it on him. He’s a good-time Charlie, and a lot of fun. You really like him, because he’s your escape from every damn problem you got in the whole world. And when you quit drugs, he dies. Lay out a line, and he’s alive again.

That’s why you have to stay away from him. Change playmates and playgrounds. It’s like the crabs they sell on street corners in Mexico. If you watch, they’re just milling around, with nothing to keep them in the pan but a lip about an inch high. Until you see one try to get out and another pull him back. Your drug friends don’t want you to quit. . .

I was sitting with Shooter in a restaurant booth. He was on the inside, and he got his coloring book out. He was all of five years old. He put his left arm through my right, and we sat there for about an hour while he colored. Shooter hadn’t even done that before. I’d never been able to sit still for so long with him.

I wasn’t about to move my arm.