“Country must evolve” is the way it is sold to the country music public when pop and hip-hop influences are invited into the country music fold. What these folks fail to point out is that country has been trying to evolve for 30 some odd years right under their noses, and instead of incorporating this creativity and innovation into country that could spurn a broadening of the country music tent, these artist who’ve crafted ways to both respect the roots of country yet push them forward have been excommunicated for years to alt-country, and are now being gobbled up by the all-encompassing “Americana” term, robbing country of some of the most premium talent the roots world has to offer.

And when you look at the gaggle of artists that are combining the country roots of the past with the present and future, it tends to be strong, beautiful, and talented women leading that charge. Where the trend started may depend on who you ask. I would point to Emmylou Harris‘s Wrecking Ball era with the atmospheric approach, but I’m sure some other jumping off points could be found. Lucinda Williams, Gillian Welch, Neko Case, and Iris Dement certainly deserve some credit as well. The men of progressive country, like BÃ©la Fleck and the current-era Punch Brothers are impressive specimens of musical aptitude no doubt, but tend to lack the accessibility the women are able to display without compromising artistic expression or prowess.

Many of these women started out as young promising talents, many specifically as musicians, before being forced out by the mainstream country genre that seems to be obsessed with male machismo and the women that pander to it. There are strong women in country no doubt, but in the progressive country world, strong women rule the roost.

Are you looking for true progress and evolution in country music? Look no further than the list of women below. 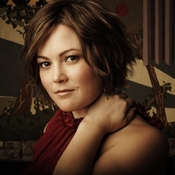 The former fiddle player with Chris Thile (The Punch Brothers) in Nickel Creek, Sara put out an excellent progressive country album in 2012 called Sun Midnight Sun that showcased progressive elements mixed with classic country roots influences, maybe best displayed in the opening instrumental track, “The Foothills.” Sara shined amongst the boys, but away from them, she bloomed.

As the gentler half of the Americana super couple with Jason Isbell (I think they also secretly fight crime in their free time), Amanda Shires was a country music fiddle prodigy that veered toward Americana as she matured. Amanda has become a major influence of how to integrate a true love and passion for country’s roots with a new-school, progressive understanding of where roots music is going. You couldn’t take the country out of her voice if you tried, and integrating it with an atmospheric approach to music stimulates sheer wonder. 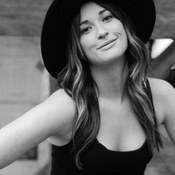 With her song “Merry Go ‘Round” stuck in the Billboard charts for what seems like an eternity, and a summer tour coming up with Kenny Chesney, Kacey Musgraves proves that progressive country can be commercially viable if it is only given a chance. Kacey Musgraves gives you hope for country music, and the non-conforminst, non-formulaic music that she composes.

This sister duo from Sweden is an example of how country is missing out on a lot of commercial potential and the possibility of creating beach heads in other countries and cultures. Seen as pop stars in Scandinavia, their ability to conjure up the close harmonic bliss of The Carter Family in songs that still communicate new-school, relevant sensibilities, First Aid Kit can appeal to country fans of all ages. 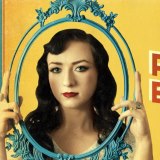 The “Queen of Underground Country” whose risen with her last album A Killer’s Dream to become one of Americana’s most promising upcoming women, Rachel’s timeless voice could be a tireless resource for country music on her own music, and as a contributor to the music of others. Influenced just as much by Hank Williams and The Carter Family as Tom Waits and The Beach Boys, Rachel Brooke proves there’s still many avenues under the “country” umbrella still left to explore.

Coming from a strong songwriting pedigree (hit maker Liz Rose is her mother), Caitlin Rose and her singular voice is capable of stunning the listener, while their heart is captured by Caitlin’s sincere stories. Steel guitar and a strong country background mixed with influences from the indie rock world create Caitlin’s unique approach that is only limited in commercial success by the power brokers on Music Row letting it through. 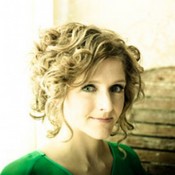 Like Amanda Shires and Sara Watkins, Abigail Washburn is a musician first; a master of the clawhammer banjo discipline who steered toward the more progressive side of country as she came up through the ranks. Starting off in the all-girl quartet Uncle Earl on Rounder Records, and then releasing her first solo album Song of the Traveling Daughter produced by BÃ©la Fleck, Washburn is an example of how country instrumentation and a more reserved, intelligent approach can intermix into a sustainable future for country music that integrates more refined listeners.

Yet another young female fiddle prodigy who was the youngest invited fiddle player ever on the Grand Ole Opry, she grew up sharing the stage with Willie Nelson, Asleep At The Wheel, and Dale Watson. Ruby has now moved to the more progressive side of the roots world as possibly one of the one of the most-talented violin players in the world. Her potential is endless. 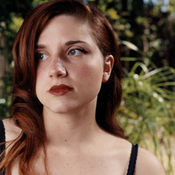 The smoky, jazzy, Houston, TX native with a unique voice has an impressive catalog of songs that illustrate the heavy handed, yet spatial mark of progressive country. A founding member of the Be Good Tanya’s, Jolie Holland is the artist other progressive country artists listen to, winning the praises of many of her peers, including fellow ANTI label mate, Tom Waits.

Another young, up-and-coming artist whose worth watching, Paige has played for years in her family band Anderson Family Bluegrass as a front person and a flat-picking guitar maestro. Her latest project with her brother and sister called The Fearless Kin just released a new EP. Having played the Hardly Strictly Bluegrass Festival and on Chuck Ragan’s “Revival Tour,” Paige Anderson is versatile if nothing else, and when it comes to writing songs, she pulls from a varying tapestry of influences–the mark of the progressive country approach. 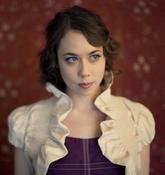 The Austin, TX native has already signed to Sugar Hill Records and been nominated for a Grammy at only 21. A superb talent on the mandolin that can also handle the banjo, guitar, and just about anything with strings, her debut album Song Up In Her Head featured Chris Thile, Stuart Duncan, Darrell Scoot, and Jerry Douglas. BÃ©la Fleck appeared on her follow up, Follow Me Down. An excellent songwriter, Sarah has a bright future in the realm of progressive country.
– – – – – – – – – – – – – – – – – – – –

Who are some other women leading the evolution of country?