Women Performers Speak Out Against 50/50 Trolling of Festivals 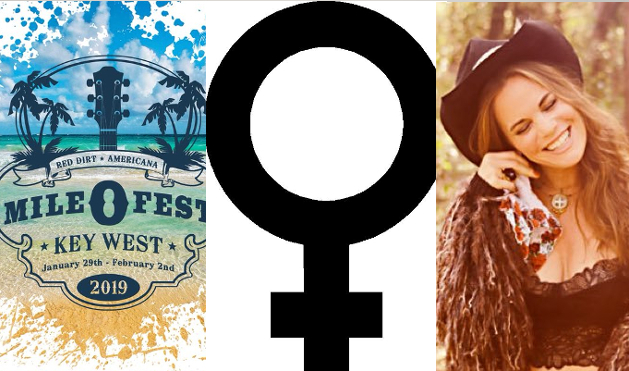 Plain and simple, the trolling of music festivals on Twitter for not having 50/50 men vs. women on their lineups is very specifically hurting the cause to include more women on festival lineups. By demanding an immediate and severe shift in demographics, especially in certain segments of the music economy that may only have a small percentage of women performing professionally in them in the first place (sometimes less than 20%), it’s politicizing an issue that should be universal, it’s eroding alliances between people who agree more women should be given greater opportunities, and it’s making music communities into polarized war zones, pitting fans against the independent promoters who give opportunities to independent artists, male or female, and who are the last line of defense in the aggressive moves to coropratize live music in America.

But expecting every festival to achieve 50/50 representation of women immediately is unreasonable to impossible in certain sectors of the music economy, and the severe name calling, division, and accusations of sexism and misogyny are sowing discord that in no uncertain terms is resulting in less opportunities for women than it’s creating by destroying consensus behind the issue. Often chaos is what these Twitter trolls are looking to inseminate into otherwise healthy and vibrant music scenes, not caring about the outcomes for the music itself, only looking to score points for Twitter accounts solely set up to troll festivals.

The latest internet storm stems from the release of the lineup of Mile 0 Fest in Key West, FL for early 2019. While many across the Texas country and Red Dirt scene were praising the efforts of the promoters for putting together one of the most female diverse lineups we have seen in Texas music in history, ignorant Twitter trolls with no context for the dynamics in Texoma music, no ties to the music personally, and who’ve never been to these festivals, railed against the lineup and the promoters of the fest for not including enough women.

The trolling of festivals has now become so severe, the women these trolls are purportedly trying to help are now coming out against them.

“There are not enough females that sell tickets to make every bill 50/50,” performer Bonnie Bishop explained amid the criticisms of Mile 0 Fest. “It’s not a realistic expectation to force every festival to be gender equal – there are more men than women with touring careers, plain and simple … This is more females than I have EVER seen on a Texas lineup! Thank you Mile 0 Fest for giving my sisters a spot, we all appreciate it.”

Bonnie Bishop also went on to say, “The music business is not Fun Fair Positive Soccer. Everybody doesn’t go home with a medal. You work your ass off and if you’re good enough and don’t quit you’ll get a shot. That goes for male OR female.”

Fellow Texas music performer Bri Bagwell agreed. “Right. Can’t expect 50/50 when there aren’t 50/50 touring and playing. Not like we don’t appreciate people fighting for us, but I think Mile 0 Fest and The Music Fest keep raising the bar for what can be done for females and festivals.”

And if you think Bonnie Bishop is just playing Uncle Tom because she made the lineup, she has been on record saying similar things in the past. In February Bishop said on Twitter, “I appreciate the gesture but festivals promising to make bills equal-gender doesn’t really solve any problems…especially if they book a bunch of chicks that aren’t great just to even out the score b/w male vs. female acts. Our industry is already oversaturated with mediocrity.”

Texas music songwriter Jamie Lin Wilson was all over the place at the inaugural Mile 0 Fest, and was declared ‘Queen’ of the fest by Saving Country Music. She appearing on the main stage with multiple headliner acts as well as her own performances, and also piped up in defense of the leadership effort Mile 0 Fest is showing on the issue.

“I guarantee that Mile 0 Fest asked more women to be a part, and they’ll probably announce more. But I HATE that this is starting to be the response to every festival announcement that happens. It waters down the well-intentioned efforts,” she said on Twitter. “I appreciate the efforts … you’re (sic) efforts are valiant & you’re trying to do good. But every fest can’t include every artist. It’s just not possible. Schedules, money, etc. We all work our asses off. One thing that is entirely true is that women in this business SUPPORT EACH OTHER. We’re a team, & we’ve worked hard to not be written off AND to not be lumped together for reasons of gender alone.”

Jamie Lin Wilson continued, “I know there is a gap in representation of women in the industry. There are many truths involved in this. Sheer numbers, subjectivity of music in general, even reasons behind songwriting to begin with. But the bottom line is that I’ve chosen to not dwell on any opportunity I’m not given, & focus on opportunities I’ve earned. Male or female, that should be the same.”

Out of the 39 artists originally announced for Mile 0 Fest, 8 of them were women, which is just over 20%. As a percentage, this may look weak, but the improvement this shows over other festivals in Mile 0 Fest’s peer group, improvement year over year, and many other factors make it a well-fought victory for female representation in Texas music. For example, there is nothing in the country music world right now—festivals, playlists, radio charts, or anything else—that have 20% coverage of women, let alone in Texas music, where the sheer number of women performers is even smaller than mainstream country.

But you can’t just go off of how many female names are on a poster when determining the coverage of women. Using the system from Canadian Women Working in Music, it is fair to delve into the players of the respective acts, and count performers who include women on the front line for performances or as primary parts of a band in your overall evaluation of a festival lineup.

Included in the Mile 0 Fest lineup is Flatland Cavalry. Fiddle player Laura Jane is arguably the #2 of the group, and over the last few years has become one of the most recognizable names and faces in Texas country. Shinyribs has two women in their liuneup—Alice Spencer, and songwriter/Trishas member Kelley Mickwee. Including those two acts takes the percentage to over 25% women coverage for Mile 0 Fest, and there are still names to be added (Carter Sampson was announced as an addition on July 13th). Compare this to the percentage of women among Mile 0 Fest’s market competitors, and the inclusion of women is downright remarkable.

Certain individuals may still be disappointed there aren’t more women, but with the 2019 Mile 0 Fest lineup, the women actually make up a disproportionate amount of the performers compared to the actual population of Texoma artists. Right now on the Texas radio charts, there are 7 women out of the top 100 slots. That is 7%. At 25%, Mile 0 Fest is on the cutting edge. This is why it’s imperative to zoom out and look bigger picture, not just to be fair to the festivals, but to also create benchmarks on improvement. Mile 0 Fest is showing leadership with their lineup and approach, and not just by booking a disproportionate amount of women for their scene to perform, but giving those women the opportunity to excel with the way they’re presented, which is an important dynamic often overlooked.

There are many issues to address with the ratio of male to female performers on festivals, many of which Saving Country Music covered in The Complex Issue of Achieving Gender Parity in Live Music.

But to summarize many of the major points, things often not considered when criticizing the lack of female representation on a lineup are:

And the worst part about much of the trolling of festivals throughout music is it’s implied or outright stated that misogyny or sexism is at the heart of the promoters not booking more women, when this is rarely the case. This is not corporate radio or corporate-owned festivals. These are independent promoters who often lose money on their events, or look to break even or make a small sustainable profit at best. They’re just trying to put together compelling lineups to support music they believe in.

And most importantly, there are people in the music business crafting constructive efforts that are seeing results, like the 2019 Mile 0 Fest lineup. When trolls on Twitter enter the equation, it makes the effort to champion women for certain festivals a polarizing issue as opposed to a universal effort to make sure all performers are considered on their merit, and not judged just by their gender.

After all, what artist wants to be booked on a festival simply as a token towards a 50/50 gender ideal, and only play to an empty field because they’re not appropriate for the festival, or have not built up enough of a fan base yet? That’s also why it’s sometimes a benefit to see women filling out an undercard and on side stages of a festival, not always a detriment. They’re building up a fan base for future headliners spots. Festivals like Mile 0 Fest curate women correctly to build constructive support behind their careers.

Festival lineups are always controversial. That’s just their nature. And music fans should feel free to speak up if they want to see changes made, and promoters should be receptive to that feedback. But when the feedback comes in as accusatory and combative, all that happens is people dig down into their preconceived stances, and the opportunity for dialogue and progress is lost. When you have women coming out against the trolling of festivals on the behalf of women, you know the effort has gone too far.

Without a doubt women face a greater uphill battle in music, especially country music. But let’s not make it worse for them by setting up arbitrary and unattainable benchmarks for percentages of performers without understanding the more global and complex problem that has led to this environment. Let’s not polarize the charge of making sure everyone, regardless of gender, is given equal opportunity to earn the right to play at important festivals. Let’s keep it a universal one.