The Outlaw Carnie Bob Wayne is set to release his latest record Back To The Camper on April 21st, and in anticipation of the release, he’s unleashed the album’s first single, a duet with Outlaw girl and general badass Elizabeth Cook called “20 Miles to Juarez”, a excellent twin-fiddle storyteller country song. 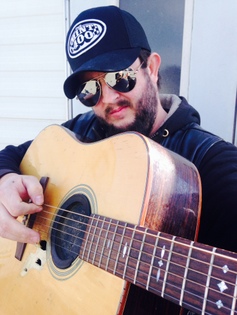 “I actually wrote the song a couple of years ago and I’ve been looking for the right girl to sing it,” Bob tells Saving Country Music. “The voices haven’t been exactly what I wanted. I’m pretty picky, especially with this song because I really like it. So one night I was watching Squidbillies, and I heard her singing, and I dropped everything and said, ‘Who is that?’ My buddy was like, ‘That’s Elizabeth Cook.’

I found her on Facebook, I sent her a shitty iPhone recording of the song and was like, ‘Hey, I heard your voice, I’ve been holding onto this song forever.’ She wrote me back, ‘Hell yeah!’ Turns out she just lives down the street from Andy Gibson [the engineer & Hank3 steel player] and she’s really busy. She ended up coming over and nailed it.”

The aptly-titled Back to the Camper is Bob Wayne’s 5th Studio album and the first after becoming an independent artist again since working with metal label Century Media in the United States on his last two albums. He’s still signed to People Like You—Century’s European counterpart—in the European market.

The first 2,000 copies of Back to the Camper come signed and hand-numbered by Bob, burned in the back of his camper DIY style like his first three albums. Also if you pre-order the album, you immediately receive and email to download 3 tracks, including an exclusive track called “A.C.A.B.” that won’t appear on the album itself. Back to the Camper also includes a duet with legendary country trucker song overlord Red Simpson.

20 Miles to Juarez, Back to the Camper, Bob Wayne, Elizabeth Cook, Red Simpson