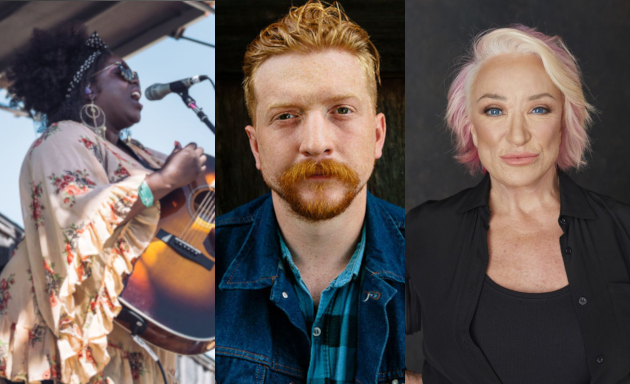 The distaste the CMA Awards experience can leave in the mouth of actual country music fans is chased early this year by the announcement of the 2020 Grammy Award nominees in the Country and American Roots categories. Though no set of ears will find the nominees list ideal, those with distinguishing tastes will be much more rewarded for their time and attention.

In the country categories, we see multiple worthy names pick up nominations. Ashley McBryde picks up two nominations for her song “Girl Goin’ Nowhere.” Tanya Tucker receives two nominations for “Bring My Flowers Now.” Older acts like Willie Nelson and Brooks & Dunn pick up nominations. And though you would have loved to see Tyler Childers pick up an album nomination and “All Your’n” is a strange track to nominate, at least they did not try to shoe horn him into the Americana categories, and he can now claim he’s a Grammy-nominated artist until kingdom come.

Aside from Thomas Rhett’s Center Point Road, the Best Country Album category is quite strong, with Reba McEntire and The Pistol Annies picking up nominations where the CMA’s dropped the ball. Eric Church picks up his second nomination in the album category, and Tanya Tucker picks up her third nomination here, and her 4th nomination overall since “Bring My Flowers Now” is also nominated for the all genre Song of the Year.

In the American Roots categories (Americana, Folk, Bluegrass, Blues), we definitely see voters striving for diversity, with the Best Americana Album including three black performers in Keb Mo, J.S. Ondara, and Yola. It is Yola that is is the story of the Americana Grammy Awards so far, also picking up song and performance nominations for “Faraway Look.” Don’t be surprised if she wins all of these either. Americana wins tend to be bunched up, and the momentum behind Yola is sizable, and worthy. Yola also picks up a nomination in the vaunted all genre Best New Artist category. These nominations also give country fans something to root for in these categories.

“I’m With Her” also pick up multiple nominations, but aside from that, there is some of the sameness we normally see from Americana where you wonder if they’re nominating the “who” and not the “what.” There’s not a whole lot of digging deeper than the surface, and artists like Ian Noe, Caroline Spence, and others feel a little overlooked with their landmark releases.

Along with Yola being nominated for Best New Artist and “Bring My Flowers Now” for Tanya Tucker being nominated for Song of the Year, the Best Song Written for Visual Media has three songs with country/roots implications. Also Dan Auerbach—who produced Yola’s Walk Through The Fire, as well as albums from Kendell Marvel and Dee White—receives a Producer of the Year nomination. Lil Nas X receives plenty of love in the all genre categories, but does not show up in any of the country categories.

Bon Iver – i,i
Lana Del Rey – Norman Fucking Rockwell!
Billie Eilish – When We All Fall Asleep, Where Do We Go?
H.E.R. – I Used to Know Her
Ariana Grande – thank u, next
Lil Nas X – 7
Lizzo – Cuz I Love You
Vampire Weekend – Father of the Bride

Record of the Year