Wrestling’s “The Rock” To Star in Charley Pride Biopic 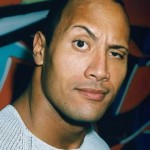 Country Music Hall of Famer Charley Pride will be portrayed in a new biopic about his life by former pro wrestler turned actor/comedian Dwayne Johnson, aka “The Rock”. Though many outlets will love to portray that “The Rock” is “Going Country”, in truth he is just signing up to play a role in a movie (though current Saving Country Music/Las Vegas odds of The Rock parleying the role into a country music career are a very generous 3 to 1) .

The Rock was not the original actor tapped to play the role. Terrence Howard was originally slated to play the 73-year-old country singer, who started out as a baseball player before signing a recording contract with RCA in 1966. Terrence had to back out because of other film commitments. Pride told the Telegraph Journal that he was a little leery at first of The Rock pick, but warmed up to it after meeting him.

Terrence is no doubt a more in-depth actor academically, but Dwayne is such a force on screen. It startled me a little at first, but he flew down to Dallas and spent a day with me just sitting, talking recently. And when he left it was like parting with an old friend. We had such similar views on so many things. 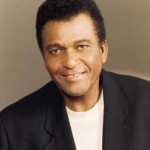 Charley, a Mississippi native now lives in Dallas, and is a minority owner of baseball’s Texas Rangers. He has sold over 70 million records total over his career including singles and compilations. In 1967, he became the first black performer to appear at the Grand Ole Opry since harmonica player DeFord Bailey. His biggest hit was “Kiss An Angel Good Mornin'” which earned him the CMA Entertainer of the Year award, and Top Male Vocalist award in 1971.

Leave your best wise cracks that incorporate “smell” and “Rock” and “cooking” below.