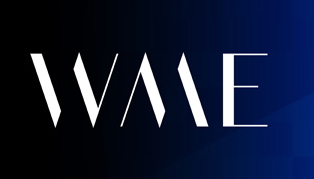 Okay, not every major country music artist, but darn near. And no, this is not exaggeration. In fact when you look at the names that all fall under the same talent agency, it’s downright astounding.

Just think about this for a second: Blake Shelton, Luke Bryan, Florida Georgia Line, Jason Aldean, Eric Church, Brady Paisley, Miranda Lambert, and Rascal Flatts are all now managed by the same exact talent agency. That is pretty much every single top tier country artist at the moment aside from Taylor Swift and Carrie Underwood. And that’s just the start. The Band Perry and Jerrod Niemann are also managed by them. So are Dierks Bentley and Justin Moore.

In fact there a total of 128 mainstream country acts that fall under this same talent agency. It’s virtually everyone. It would be easier to name of the artists who are not on their roster. They even manage many of the big names in Texas country like Granger Smith, the Randy Rogers Band, and Josh Abbott. The have legacy acts like Hank Williams Jr., Vince Gill, and Kenny Rogers. They have Southern rock artists like Whiskey Myers and Lynyrd Skynyrd. They even manage independent-minded performers like Jamey Johnson and Robert Earl Keen.

Who is this mega talent company that barely anybody’s heard about?

The company is called William Morris Endeavor Entertainment, or WME for short. It is a talent agency that represents artists for concerts, tours, and appearances among other management tasks, and they have been acquiring managers of numerous artists and consolidating them under their umbrella for the past few years until they now have a virtual monopoly on mainstream country touring talent. For example in 2010, WME brought on board the 360 Artist Agency run by Joey Lee, and with him, the artists Miranda Lambert, Lee Brice, and Lee Ann Womack. Earlier this week, the agency brought on Kevin Neal, who brought along with him Florida Georgia Line, Jason Aldean, and Colt Ford among others.

WME, which has offices in Beverley Hills, Nashville, New York City, London, Miami, and Dallas, also has a big stake in managing TV and movie actors, sports personalities, and even writers. But their ability to consolidate virtually all of the talent in country music in one place, especially when it comes to the very top of the genre, is virtually unmatched in the recording industry.

WME also manages artists from other genres. They are the talent agency for the red hot Pharrell, as well as Snoop Dogg and Rihanna. But there is not genre they have such a tight grip on, or any talent agency has a grip on, like WME has on country.

So why does any of this matter?

Because when you have the same entity in charge of virtually everyone, you run the risk every monopoly runs on an industry. In the last few years, we’ve seen the gross consolidation of power in the recording industry, and in country specifically, into the hands of a few huge entities, especially in the touring realm. Virtually every concert now is promoted by AEG or Live Nation. If you want to purchase a ticket, you have one option: Ticketmaster …. which is owned by Live Nation. And since nearly every single artist that exists in the higher ranks of touring in country music has the same talent agency, the vacuum of competition can, and does foster a stagnant, incestuous environment. It also gives them dramatic advantage over other agencies, to the point where smaller, independent agency are forced to concede to them or go out-of-business. Why do we see the same concert pairings over and over? Why do the same artists seem to always be at the top of the genre? Why do the same artists get nominated for the same awards and get all the radio play? Because they all fall under the auspices of the same few companies.

Here’s the country roster for WME: