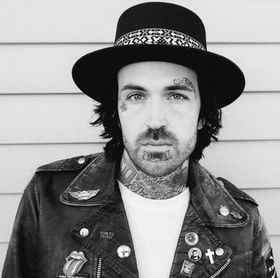 What would motivate a Nashville-based hip-hop artist to criticize mainstream country rap and the encroachment of hip-hop influences into country, especially when that very same artist could be considered partly to blame for the trend, or could potentially benefit from it? That’s the interesting paradigm Yelawolf is presenting with the release of his new album Love Story, which includes numerous country music influences and references, but unlike most country rap, still remains very much a hip-hop record.

His first album in nearly four years, the Nashville resident is looking to make a statement with Love Story, and just like Saving Country Music hypothesized in the review of the album, Yelawolf wants to do battle with the terrible rap-infused country that has made it to the very top levels of the mainstream. Or at least offer a better alternative.

“I feel somewhat responsible to be in Nashville because I know that arena rap, and the little bits of meshing up country music with hip-hop has now made its way up to mainstream country. Country music artists talking about, ‘I’m in VIP. Shake it for me.’ Shit like that. It’s bad man.”

Beats featured Yelawolf and his song “Till It’s Gone” in a promotional video recently (see below), and the rapper had some interesting things to say about what’s happening in mainstream country and how hip-hop continues to play an increasing role in the genre. Yelawolf also said he feels an obligation to to Nashville and country music.

“Nashville needs me. If you guys are going to do this, just please, open a door and let me have a space in this. After all, I did help fucking create it.”

The issue with country rap, and artists like Florida Georgia Line, Sam Hunt, and even Luke Bryan, Jason Aldean, and Blake Shelton dabbling with the genre bending style is not just about the two art forms naturally being polar opposites. By the time country and rap make it to the mainstream, they present such watered down versions of both, it’s just bad music regardless of the misguided notions of blending country and rap together.

The 35-year-old rapper who is signed to Eminem’s Interscope Records imprint spent part of his youth in Nashville.

“I wrote my first rap in the fifth grade here in Nashville. Actually I got suspended for it,” Yelawolf says in the Beats interview. “I took it to the office to make copies for it. This toupee-wearing, mustached geek, this principal come into the office. He’s like, ‘What you making copies of Mr. Atha?’ I was like, ‘It’s my rap.’ He pulled it up and started reciting it. It was terrible, like just wanted to be like Ice Cube, like all the worst shit that you could say. And he was like, ‘Well, this is going to get you five days suspension right here.’ So he called my mama up. My mom, hot head, 25-years-old, just straight from the bar come up in there. She just laid him out, cussed him out in front of the whole school and told me to go back to class. She put my rap back in my pocket, and she said, ‘You write whatever you want.'”

Though the country music world has yet to recognize Love Story (it was released on April 21st and debuted at #3 overall on Billboard), the album could end up being a very important release in the space between country and hip-hop. Considered a career effort by many fans and critics, Love Story could eat away at some of the support hip-hop influences in mainstream country receive by exposing the shallowness and creatively bankrupt nature of the music compared to an inspired effort like Yelawolf’s latest.

READ: Why Yelawolf’s “Love Story” Is Important to Country Music

Love Story, Till It's Gone, Yelawolf