Trigger Down with Pop Country 235 Comments 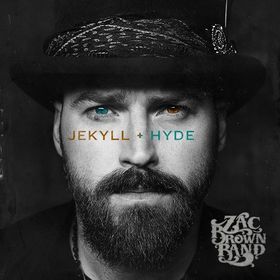 The entirety of Zac Brown Band’s frenetic, hodgepodged, mismatched and in many ways misguided new album Jekyll + Hyde will be dispensed with in due course, but if for no other reason than to stem the onslaught of correspondences crippling the Saving Country Music servers with inquiries, let’s first start off by addressing this heartbreaking and most unfortunate first track.

“Beautiful Drug” is not the Zac Brown Band spreading their creative wings. “Beautiful Drug” is not Zac Brown asserting his freedom as an artist. “Beautiful Drug” is not the boys from Georgia “defying genre,” though these excuses and many more will be levied in their defense, and you, YOU the sainted country music and Zac Brown fan will be charged with a treasonous level of closed-mindedness, misunderstanding, and attempts to stifle the evolution of music if you so dare to raise a peep in opposition to Zac Brown finally breaking loose of his corporate bonds to make the music he’s always wanted—which in the case of “Beautiful Drug” is apparently hyper-EDM club pop dance music replete with bass drops and the most horrifically prototypical rhythm and structure employed in American pop music in its history. Sam Hunt, eat your ever-loving, Puma-wearing, flat-brimmed country interloping heart out.

There is one thing to take away from “Beautiful Drug” and one thing only: Zac Brown wants your fucking money America. I would label this a sellout moment, but even that seems to slight just what depravity of character the Zac Brown Band evidences by releasing this song, especially as the first track on an album. He might as well have just cued up a mic and screamed “Fuck You!” to start this thing off. Dig deep in those pockets, put your dollars on the table, and nobody gets hurt except the souls of country music fans. It’s time for the Zac Brown Band to get paid mother truckers, so quit your bellyaching and pony the hell up.

And I swear to the one true God that if anyone, ANYONE tries to tell me that this is Zac Brown Band “defying genre,” I will personally jump through their computer screens and have a conniption fit right there in their living room and take a spasmodic dive into their coffee table a la Chris Farley’s Matt Foley motivational speaker. “Beautiful Drug” fits so incredibly snug in the most stereotypical version of super-concentrated über pop, it could be offered up as the textbook definition. All the banjo track does is add a layer of culpability to this egregious affront on country music by showing Zac Brown knows there’s nothing country here and so it has to be interjected gracelessly and gratuitously. The banjo isn’t a saving grace, it’s a spitting insult to the listener.

What about the lyrics? They might be the most felonious act of “Beautiful Drug.” This “love as a drug” theme has been done thousands upon thousands of times and translated into every language on planet Earth. When you’re taking your cues from Ke$ha singles released half a decade ago, that’s not “evolution” ladies and gentlemen, that’s the audio equivalent of diarrhea. I don’t even see Taylor Swift or Sam Hunt stooping this low frankly. Luke Bryan is looking sideways at this thing today, and yes, let’s not forget when Zac Brown called out the tight-legged one’s “That’s My Kind of Night” as the “worst song I’ve ever heard.” Well congratulations Zac, you just outdid him yourself.

Yes I know, “Beautiful Drug” does not tell the whole story of Jekyll + Hyde and there’s a lot more music to judge it amongst, including some decent songs to help dull the pain a song like “Beautiful Drug” inflicts. But by putting this song first, and by showing such disrespect to the country music institution which has served Zac Brown so chiefly to the tune of millions of dollars, if country music in the mainstream completely implodes, which I would assert could be mere weeks away, then Zac Brown will have blood on his hands no different than any other artist, if he’s not labeled the Benedict Arnold and the most culpable of offenders for such a vociferous offense because unlike the other perpetrators, Zac Brown actually knows better.

“Beautiful Drug” is pandering. But worst of all, it’s hypocritical. At least Bro-Country was compartmentalized amongst a few mainstream male acts. Metro-Politan looks to claim every one of them.