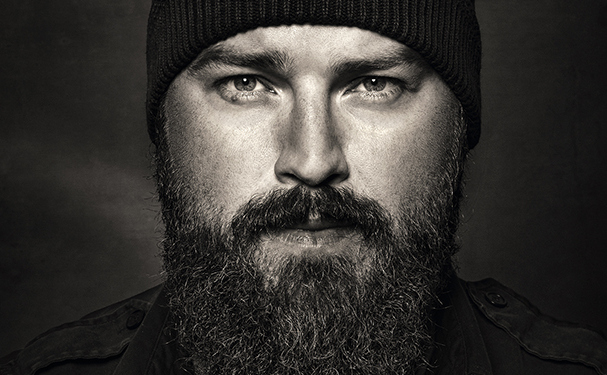 Zac Brown is caught up in a drug scandal after numerous individuals were arrested at the Four Seasons hotel in Palm Beach, FL on Friday, April 8th. Just what Zac Brown’s involvement was in the situation is a matter of dispute between the Palm Beach police department, and celebrity news organization TMZ, which alleges Zac was given preferential treatment by the police.

According to the Palm Beach Police, Zac Brown was either not part of an incident where four individuals were arrested for cocaine possession and marijuana at the Four Season’s hotel room, or at least was not mentioned in any of the reports from the incident whether he was in the hotel room or not. But according to TMZ, Zac Brown was there, was in possession of a potentially illegal prescription drug, and was let off the hook due to favorable treatment by police, who happened to be fans of the performer.

Subsequently, Saving Country Music has obtained a dispatch from the Palm Beach police department that proves Zac Brown was part of the incident (see below).

Officers found 9 people partying. A guy was arrested for pot and 2 women got popped for cocaine.

Our sources say Zac was in the room and questioned by police. We’re also told he was in possession of prescription pills, and cops asked him to send them proof it was a legitimate doctor’s Rx….

We’ve learned not only was Zac in the room, but the cops who made the bust were big, big fans. Our sources say several cops on scene asked for his autograph, and the officers who took one of the strippers to the station mocked her for not knowing Zac was a big country star.

We’re also told once that stripper arrived at the station, several other officers joked with her about Zac and the fact she didn’t know he was a famous singer.

Our sources say Zac asked the cops to keep him out of the police report because he had a wife and kids. It seems the police did everything in their power to facilitate that. In our numerous contacts with the PD, we repeatedly asked for any information tying Zac to the bust.

According to police reports obtained by Saving Country Music from the incident, it started when a suspicious vehicle was spotted outside the Palm Beach Four Seasons. Four people in total were arrested (not three as first reported by TMZ). One was Noel Andres Perez Delgado, who was in the suspicious vehicle parked outside of the Four Seasons, and three were arrested inside Room 4671 of the Four Seasons, where Zac Brown was allegedly partying with eight others. The people arrested inside the hotel room were Dale Gary Ledbetter for marijuana possession, and two females for cocaine possession (the alleged strippers): Katia Hernandez, and Chanel Martinez Lugo.

At approximately 2:38 a.m., Officer Jeffrey Mazza arrived on the scene.

I was dispatched to the Four Seasons Hotel (2800 South Ocean Blvd) regarding a suspicious vehicle. Upon arrival, I observed a back Mercedes four door with its parking lights on … parked in the south west corner, occupied by a Hispanic male driver … whom was later identified … as Noel Andres Perez Delgado.

Delgado stated he dropped off two females at the hotel and was waiting for them to return. I then asked Degado for consent to search the vehicle which he stated yes. Sgt. Walley conducted the search .. and located a black purse on the front passenger seat. Inside the black purse was a small zip lock bag containing a white powdery substance that appeared to be cocaine … Sgt. Walley then located a brown Gucci sunglass case located next to the center console … Inside the the sunglass case were 35 small zip loc baggies containing white powder that appeared to be cocaine. At this time, Delgado was placed in handcuffs.

Since Delgado had mentioned that he was waiting on two females in the hotel, and since some of the drug items were found in female articles, the officers decided to go to room 4671 to find the two females. This is where they found Katia Hernandez, Chanel Martinez Lugo, Dale Gary Ledbetter, and six other individuals.

Upon my arrival, Sgt. Walley advised that he located felony drugs inside the vehicle and subsequently directed me and ofc. Pumalo to room 4671 to continue the investigation. The passengers of the vehicle were inside the room … Inside the room we located (5) women and (3) men … I asked if [Chanel] Martinez Lugo had anything illegal inside her purse and she replied, “no.” I asked her for consent to search the purse and she responded “yes.” Inside the purse, I located a small plastic bag containing a white powder … Martinez-Lugo stated she was given the cocaine from someone at her employer, “Pure Platinum.”

Pure Platinum is a strip club located in the area.

The police officers asked if there were any other drugs in the room. ” [Dale Gary] Ledbetter admitted he had marijuana in his black backpack,” says the police report. The marijuana was located, and he was arrested, along with the two females. The second female was arrested for ties to the cocaine found in the vehicle parked outside.

We noted the police report said there were 9 people in the room, and it went on to break it down … 3 men and 5 women. We noted the number didn’t add up, so who was the missing person? They wouldn’t say.

Now it appears Zac’s name was on one of the documents …. yet they told us repeatedly Zac was not mentioned in any portion of the police report.

Not in any of the police reports, but in the DISPATCH REPORT of the incident obtained by Saving Country Music, Zac Brown’s name is stated as one of the occupants of the Four Seasons hotel Room 4671. See below. 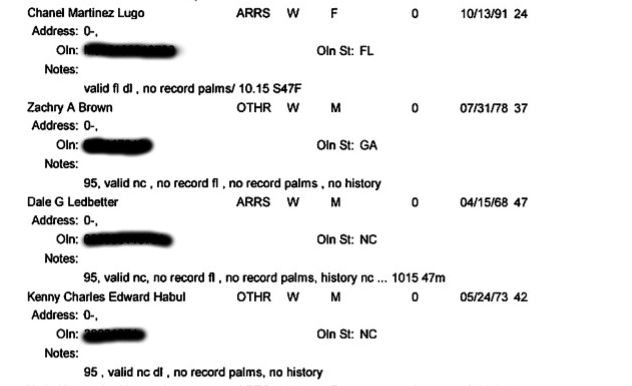 The question remains, what exactly was Zac Brown’s involvement in the incident? Just because he was in a room with other people in possession of drugs doesn’t mean he’s guilty of anything. He may have not known the individuals, or that they had possession of drugs. Zac Brown was not charged with any crime, and the names of the other individuals in the hotel room were also not included in the police reports.

Whether this is a serious incident, or something being drummed up by TMZ is in the eye of the beholder. But the one mystery solved is that Zac Brown was indeed in Room 4671 at the Four Seasons.

Zac Brown, nor his publicist have commented on the incident so far.

Zac Brown has released a statement about the incident:

My dad always said nothing good ever happens when you stay out late. It’s a lesson I learned the hard way last week, being in the wrong place at the wrong time. I attended a private gathering at a Miami-area hotel and had only been there for a short time when police officers arrived and arrested two people in the room who had just showed up a few minutes before. I did not know these people and had no idea that there were drugs in their possession. I cooperated fully with the authorities and am not part of any ongoing police investigation. Everyone is responsible for their actions, and I regret using poor judgment and putting myself in that position.

I am focused on continuing to make great music for my fans, and on representing my family and community well with our philanthropic work.

And next time I’ll make sure to remember what my dad taught me.