Zac Brown Loses Himself (Again) With “Someone I Used To Know” 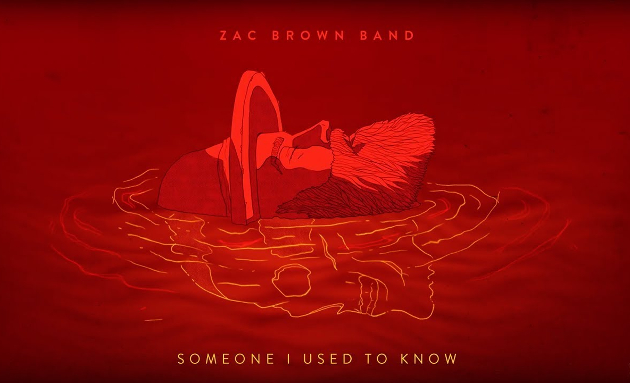 Boy, you thought witnessing the never-ending drama and identity crisis roiling The Band Perry was dizzying to the point of hilarity, and then began to feel downright sorry for them as matters got even worse as they grappled for mainstream relevancy. Well now Zac Brown has just said, “Hold my beer and watch this.”

Confused? So is Zac Brown apparently. He appears to have absolutely no idea what the hell he’s doing after losing grip on the great thing he had with the Zac Brown Band by chasing after even greener pastures, and now is offering yet another reinvention of himself in the effort to save face and stay relevant.

The Zac Brown Band just released a new single called “Someone I Used To Know” ahead of an upcoming tour, and once again it has most of Zac Brown Band’s previous fans covering their ears, and wondering what the hell happened to one of the coolest bands in country. Even the imagery of the cover art seems to symbolize the killing off of the old Zac Brown, which is eerily similar to all the seesawing reinventions by The Band Perry. The problem is in music, there is no reset button. Once you break that social pact with roots fans, it’s hard to get them back, especially when your “reinvention” involves drum machines, synthesizers, and EDM surges.

Just think, this was the guy who once called out Luke Bryan for not having enough substance. It’s not that “Someone I Used To Know” is not a decent song on some format. But that format is certainly not country, and this is not what people pipe up the Zac Brown Band on Spotify for. Zac probably had the right idea of compartmentalizing his weird EDM obsession into a side project. Every musical artist has a right to explore their passions. But that doesn’t mean they should expect their fans to follow along, especially when it’s so contradictory to what they’ve come to expect, and especially when what passes for “creative exploration” is really nothing more than homogenized radio hit chasing that has already proven to be a vacuous dead end both creatively and commercially.

The Zac Brown Band only released two singles from their last record, with the first stalling at #14 on radio, and the second at #36. Sir Rosevelt’s “country” single couldn’t even crack the Top 50. The Zac Brown Band has become like a football team with two quarterbacks. If you can’t focus on one thing, it’s often because both are bad, and neither will get you anywhere. Zac Brown has lost his compass and is searching for solid ground, while fans are stuck feeling like he’s someone they “used to know,” but don’t anymore.

Again, it’s not that “Someone That I Used To Know” is a terrible song necessarily. It seems to be about the passing of important people in someone’s life, and how that affects you moving forward. But the EDM flourish in the chorus is an immediate punch out for many country fans, including ones that are amiable to some technology in their country, but don’t want to feel like they just stepped into some urban dance club. For crying out loud, the Zac Brown Band is an incredible assemblage of musicians, and once again Zac has left most of them out in the studio waiting room as he noodles on a laptop with Shawn Mendes.

Bring back the beanie version of Zac Brown please, and posthaste.