Zac Brown on Jason Isbell: “He’s Badass. I Want His Fan Base to Grow.” 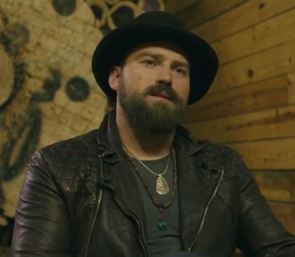 Rewind back to January when Americana fans were left agog after tuning into the college football championship game pitting Oregon against Ohio State, and hearing a fairly-obscure but heart-wrenching Jason Isbell song called “Dress Blues” emanating from a live performance of the Zac Brown Band. The clashing of two music worlds—the top of mainstream country, and the humble but dedicated following of Americana—made for a unique musical moment and a mixing of fan bases.

Zac Brown went on to cover Isbell’s “Dress Blues” on his recent release Jekyll + Hyde. Though it was fairly common back on the 70’s through the 90’s to have bigger artists cover songs from alt-country voices such as Townes Van Zandt, Guy Clark, and Lucinda Williams, the “Dress Blues” cover is one of the first examples of the newer generation of Americana artists garnering wider exposure through the vehicle of bigger stars.

“Jason Isbell wrote ‘Dress Blues’ as he writes a lot of songs. That dude might write the saddest songs in the world,” Zac Brown says in a new interview about the song. “So eloquently written, and accessible where everybody can still listen and understand it, but vivid. And it happened to a friend of his, and he wrote it about him. And I hear that song, and I wanted more people to hear that song. I wanted the soldiers and their families … if anything I think that song’s going to help people grieve. Because however you’ve socked it away, if you really listen to that, I mean he did an exceptional job.”

“Dress Blues” was initially released on Isbell’s first solo album after leaving the Drive By Truckers called Sirens in the Ditch from 2007. “Dress Blues” is a reference to the formal dress of Marines that many are buried in after returning to home from war. It was written about Cpl. Matthew D. Conley. Zac Brown changed the arrangement of the song by adding “Taps” in the middle.

“Putting the arrangement of “Taps” in the middle of it was really important to me,” says Zac Brown. “I lost a good buddy of mine. We called him Old John, and he was like a surrogate grandad to me. He was a knife maker. He taught me how to make the first knife I ever made. He lived next door to my buddy Scott and I. We lived in a singlewide trailer, and it was his grandad’s, and he lived next door to us when I was in college. He was a great man. A great man to me. When he passed away, I went to his funeral, and I’d held it together. I was sad for everybody because they had lost their grandfather and father. I held it together until they started playing “Taps.” And I couldn’t believe how much that just like ‘poof’, brought it out. That to me was powerful. So I was like, ‘Man, we’ve got to try to use that.’ We’ve got to combine what Isbell did with ‘Dress Blues’ and how much he killed it lyrically and melodically, and then we’ve got to add the emotion of ‘Taps’ altogether in one thing, and try to just really dig down and do it.”

And Zac Brown was conscious about what he was doing by putting a Jason Isbell cover on his new record. It wasn’t just about selecting a good song to record.

“Proud to be singing one of Jason’s songs. He’s badass. So every record we cover one song. And this was the cover off of this record, was one that I felt like was kind of obscure to the world, known well by his fans, but I want his fan base to grow. And any of ours that don’t belong to his, they’re going to be fans of his too. I feel like I was paying some love forward to Jason, and a tip of the hat to the soldiers because I haven’t written a song that that’s meaningful yet.”

Jason Isbell has his own new record coming out, Something More Than Free through Thirty Tigers on July 17th. It’s his followup to 2013’s Southeastern, which won Americana Album of the Year in 2014.