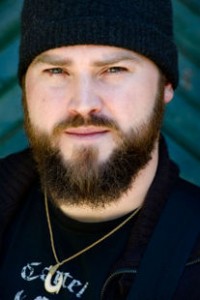 Another day, another country artist coming out against the current direction of country music. The latest is Southern rocker Zac Brown of the Zac Brown Band, who not only had some unkind words about the state of country music, but specifically set Luke Bryan’s song “That’s My Kind Of Night” in his crosshairs—the current #1 song in country music right now according to Billboard. In an interview on 93.7 JR FM in Vancouver, Canada with Barbara Beam, Zac Brown said in part:

Luke Bryan and “That’s My Kinda Night” came up in the context of Zac Brown complaining about the current trends dominating country radio right now.

If I hear one more tailgate in the moonlight, daisy duke song, I’m gonna throw up. There’s songs out there on the radio right now that make me be ashamed to be even in the same format as some other artists. You can look and see some of the same songwriters on every one of the songs. There’s been like 10 number one songs in the last two or three years that were written by the same people and it’s the exact same words, just arranged different ways.

“That’s My Kind of Night” was written by Dallas Davidson, who is a popular Nashville songwriter that also co-wrote “Honky Tonk Badonka Donk” and other popular country music songs. Chris DeStefano, and Ashley Gorley are also given songwriting credits on “That’s My Kind Of Night.” Zac Brown also made sure to distinguish himself as not traditional country in the interview. Though Zac Brown has benefited from radio play on country radio and industry awards over the years, he has always gone out of his way to clarify he considers himself more of a Southern rocker.

What we do is not necessarily traditional country, but we play all of our own instruments, we write the best songs that we can, and we put harmony on the songs, we have a real band”¦a lot of it’s just about subject matter. We really write about real life, songs that come from life and our heart. To me country music has always been the home for a great song.

You can hear the entire Zac Brown interview below.

Zac Brown is the latest in a rash of artists speaking out about the current state of country. Alan Jackson last week said there was “No country stuff left” on country radio. Gary Allan in an interview with Larry King recently said, “We’ve lost our genre.” And Kacey Musgraves, who was just nominated for 6 CMA Awards, has spoken out numerous times recently, saying in late August that she was tired of Affliction T Shirts and truck songs.

Subsequently, Zac Brown has clarified via his Twitter feed, “My opinion is not about Luke as an artist, it’s about that song. He didn’t write it. I’m a fan of Luke, but definitely not that song.”