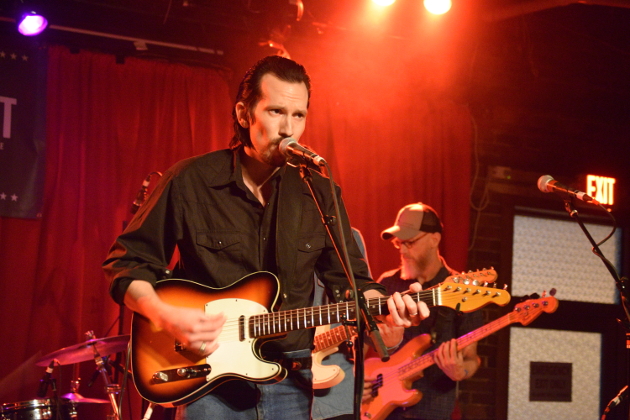 The life of the classic country fan living in the modern world is all to often one of disappointment. Of course there are plenty of the old records to reminisce back upon, or artists who attempt their best interpretations of the old modes for a new generation of fans. But there’s a sense of ownership in listening to an original artist in their native era that you just don’t get with nostalgic reflection on past greats. And too often in today’s classic country realm, an artist will come along offering incredible promise, only to eventually reveal their classic country passion to be nothing more than a passing fancy, or some exercise in a hipster-ific popularity garnering where the passion is only skin deep.

When Zephaniah OHora released his debut album This Highway in June, it almost seemed too good to be true. We had been down this road before with other classic country newcomers, even big names like Sturgill Simpson, who eventually decided to explore other influences. That’s cool too, but there is something about those old school country sounds that stir the soul in a way other styles of music struggle with. Zephaniah OHora has that ability, yet how much could we invest in a young man from New York of all places? Could we submit to the music without risking heartbreak in the future?

The best way to describe the live Zephaniah OHora experience is to say that he’s everything you want him to be, and nothing you fear he might be, at least as a classic country fan. His genius is in the subtly and nuance. He’s not especially animated on stage. He doesn’t have some folksy manner on the microphone that helps to endear him to the crowd with charming anecdotes. It’s definitely not an “energetic” show in the conventional sense. If anything, it’s a dryness, underpinned with a quiet earnestness and authenticity that does the ingratiating of his music to the crowd.

The greatest thing about Zephaniah OHora live is the same with his record: it’s a completely indefinable, indescribable something-ness that all those old greats had, and that unfortunately is either fleeting or non-existent in many of today’s reenactments. It’s a warmth that the old greats conveyed through their music, like the recently-passed Don Williams. Yet with Zephaniah, it’s right here, right now, part of your generation of performers, for you to experience first hand, and in a formative state where you can jump on board now and watch it mature from here.

At Zephaniah’s performance at Nashville’s The Mercy Lounge on Saturday night (9/16) as part of AmericanaFest, he also boasted an excellent, all-star lineup for his “18 Wheeler” band that included multiple songwriters and performer themselves that took good care of the concept with which Zephaniah approaches his music. But another cool thing about OHora is he takes many of his own Telecaster leads. And just like his songwriting, singing, and performance, Zephaniah’s guitar playing is tasteful, measured, and seems just about perfect for what he’s trying to convey and evoke through his music.

Just like when entering a relationship, there’s always the possibility of heartbreak when you buy in too hard to the music or career of a young, classic country artist. And from here, Zephaniah will mature, and must mature and evolve as an artist to keep on the cutting edge of what is cool in classic and traditional country music. But rest assured that Zephaniah is no put-on, Howdy Doody show relying on styling and vintage duds for his country authenticity. This is a singular singer, songwriter, and performer who hopefully has years of output to grace us with, and with a sound so oft-forgotten, and poorly interpreted and understood even by some of its most earnest proponents and performers.

Simply put, Zephaniah OHora gets it.

A more detailed review of AmericanaFest 2017 is forthcoming