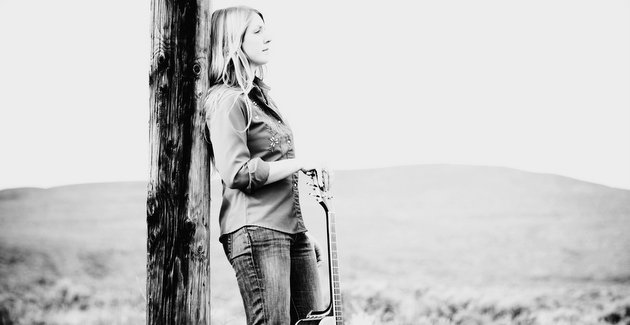 Take a Pacific Northwest songwriting gem and refine her with the finest of care by some of Austin, TX’s best master craftsmen, and the result is the 3rd and defining studio album from Seattle-based songbird Zoe Muth called World of Strangers. Backed by her touring band The Lost High Rollers on her two previous releases, Zoe ratcheted up the game with the new album by retaining the services of well-respected producer, engineer, and bass player George Reiff, known as one of the masterminds behind successful projects from The Band of Heathens, Ray Wylie Hubbard, and many more. This pairing proves prosperous on World of Strangers, delivering an album that is both genuine to Muth’s creative spark, yet enhanced by the the respectful and well-versed ear of someone who knows how to endear those original expressions to an appetent audience. 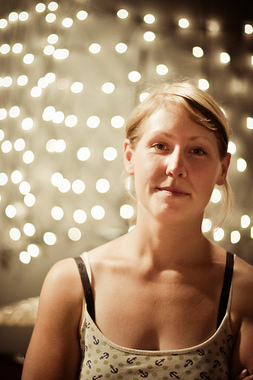 They call Zoe Muth the “Emmylou Harris of Seattle”. Then maybe Emmylou Harris is the Zoe Muth of the rest of the world. Either way, Emmylou is fair company for comparison to Muth as a way to express the measures of country, folk, and Americana Muth purposes for her music, and for the positive, and sometimes haunting way the music resonates with an audience. Ranging from downright alcohol-soaked honky-tonk to spatial spiderwebs of subtly and string sections, Zoe Muth and World of Strangers dazzle with range and adeptness at capturing the mood present at the genesis of a song.

Joining Zoe Muth and George Reiff in this journey were other notable Austin names such as Brad Rice (Sun Volt, others) and Bruce Robison, and whatever the songs of World of Strangers called for, it was procured in the manner of piano, strings, or accordion, giving the album incredible spice beyond the savory nature of Muth’s unembellished compositions.

“Many of these new songs had been in my head for a long time, and I needed a change of scenery and sound to let them find their way out,” says Zoe about the album. “This was a whole new studio experience for me, more experimental. We agreed from the start that we wanted something different, more ethereal, but George took these songs in a direction I wasn’t expecting. It worked so well because we have so many common influences. It was really exciting, how the musicians would jump from one idea to another without hesitation. We were able to capture all the emotion you hear in the songs because the band could get them down in just a few takes. I knew this was why I had come to Austin.” 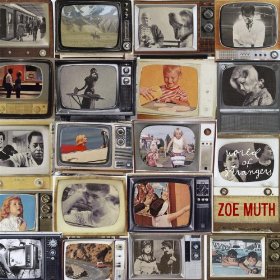 Like the faces of children, each song on World of Strangers has something hard not to be endeared to. The faraway cry of the steel guitar on the opening number “A Little Piece of History”, the empathetic character at the heart of “Mama Needs A Margarita”, the aching in “Annabelle”, the timelessness of “Waltz of the Wayward Wind”, and the story so easy to relate to in “What Did You Come Back Here For?”

World of Strangers does not grab you by the gruff and make you listen, it’s a creeper that burrows itself into your bones. It’s not a flood that comes crashing in with waves, it’s the one that rises unexpectedly until you’re knee deep. A similar action accompanies Zoe’s voice—not flashy or even necessarily distinguishing, but slowly infectious and warm. The high artistry may be too aloof in moments for the red meat crowd, but World of Strangers still has something for anyone who labels themselves a roots fan.

No offense to Zoe Muth’s touring band that does a valiant job backing her up on a nightly basis, but the decision to go big with World of Strangers resulted in an album that should make her a familiar name throughout the roots world.