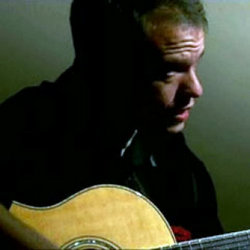 The underground country movement initially formed around the mid 90’s not because somebody launched a website or a record label. It wasn’t because of a festival or because someone came up with a special name for a new genre. It wasn’t because some personality who was bestowed a famous name took the reigns and began promoting music. The strength, the support, and the fervor that went into forming underground country and the bonds and infrastructure that is still around today came from the songs artists were writing, recording, and performing; songs that spoke very deep to the hearts of hungry listeners. In the end, all leadership and must come from the music. A good song will solve its own problems. Like water, it will eventually find a path to thirsty ears, and funnel support to the artist and infrastructure that surrounds it.

This isn’t necessarily a list of the greatest underground country songs, or even the most influential. It is simply 12 songs that were so good, they helped create something where there was nothing before.

Wayne Hancock is one of the fathers of underground country, and he’s also the King of Juke Joint Swing, so it’s only appropriate to include one of his signature songs here. The very first song on his very first album Thunderstorms & Neon Signs from 1995, it made listeners wonder if they were hearing the ghost of Hank Williams. Later Hancock would perform the song as a duet with Hank Williams III.

Hank Williams III – “Not Everybody Likes Us”

Hank3 has probably written better songs, but not that speak to the spirit of underground country so well. “Not everybody like us, but we drive some folks wild” epitomizes the philosophy behind the country music underground—that it doesn’t matter if the masses like your music, only if you and your friends do. Add on top of that a big dig at country radio, and “Not Everybody Likes Us” has become a rallying cry of underground country music.

This song is so good, it has been released twice, been played regularly by three different bands, and still is not tired. Written by Jayke Orvis, “Raise The Moon” originally appeared on the .357 String Band’s first album Ghost Town in 2006. When Jayke Orvis left .357 for a solo career and a spot in the Goddamn Gallows, the song appeared on the Gallows’ album 7 Devils. 7 years later and the song still remains a staple of Jayke’s live show, and a defining sound of underground country.

The Boomswagglers – “Run You Down”

Authenticity is such an unattainable myth in modern music these days that it is nearly impossible to find a truly original and untainted sentiment. But that is what The Boomswagglers serve up with “Run You Down.” It is one of those songs that immediately sticks in your head and stays with you for a lifetime. Defying style trends, it is simply good, and its story, like much of The Boomswagglers music, is deceptively deep. Songs like this withstand the test of time.

The title track off of Hank3’s magnum opus Straight to Hell from 2006 was the “hit” of underground country if it ever had one. It has risen to become one of Hank3’s signature songs, and he regularly uses it to start off his live shows.

Bob Wayne may be best known for his wild-assed party songs laced with drugs, loose women, and running from the cops, but that doesn’t mean he can’t write a deep song when he wants. As Bob will tell you, every word in this song is true, and the personal and poignant nature of the story makes it very hard to not be affected emotionally when it is listened to with an open heart. “Blood to Dust” speaks to the broken nature of many of underground country’s artists and fans. The song appears on Bob Wayne’s very first album of the same name, and his first big release Outlaw Carnie on Century Media.

Underground country isn’t just a sound, it is a sentiment; a feeling that something is wrong in country music, and something needs to be done about it. This is the foundation for the title track off of JB Beverley & The Wayward Drifter’s 2006 album. At the time JB Beverley may have been better known for fronting punk bands. But unlike many of the underground country bands that would come along later, blurring the lines between punk and country, JB Beverley serves “Dark Bar & A Juke Box” up straight, in a sound that refers Wayne Hancock’s throwback style.

If “Juke Joint Jumpin'” is Wayne Hancock’s signature song, then Johnny Law is his defining jam. This song has become a showcase for some of the greatest musicians in the history of underground country during the extended breaks for both the guitar and upright bass player. It might also go down in history as one of the most requested songs in underground country.

For a precious time in the late 90’s ans early 2000’s, the triumvirate of Wayne Hancock, Hank Williams III, and Dale Watson looked like they were going to take the country music world by storm. It was because they were willing to speak out, and lead by example, both sonically and lyrically. Dale is still leading today, and his legacy of country protest songs like “Nashville Rash” still gets you pumping your fist.

Rachel Brooke, The Queen of Underground Country, and one of the founding fathers of Gothic country, Lonesome Wyatt from Those Poor Bastards, teamed up in 2009 for the landmark album A Bitter Harvest. The album, and specifically the song “Someday I’ll Fall” symbolize the collaborative spirit inherent in underground country—where two artist come together to become greater than the sum of their parts. “Someday I’ll Fall” is also a great example of taking old school influences and embedding them in a new, fresh approach.

One of the men responsible for helping to revitalize the hallowed ground of lower Broadway in Nashville in the mid 90’s delivers this bloodletting of a song where the audience is actively encouraged to release their hate in Joe Buck’s direction. Though the language and music may be too hard for most, the concept and execution of “Planet Seeth” is nonetheless genius. It embodies the participatory aspect of underground country, where the crowd is as much a part of the show as the artist, giving back in energy what they receive from the performer in a symbiotic relationship.

Few songs can evokes mood and reminiscent memory like Hancock’s “Thunderstorms & Neon Signs.” It set the standard for the old-school style of country swing that was so seminal to the formation of underground country. The song’s legacy was cemented when Hank Williams III covered it on his first album Risin’ Outlaw, introducing Wayne Hancock to a whole new audience, and vice versa. “Thunderstorms & Neon Signs” helped cement the underground country movement.