16 Essential One Man Bands of the Roots World

Good music is entertaining. Great music changes lives. And on the front lines of life altering music experiences are the one man bands. Courageous, pioneering, persevering through obscurity and misunderstanding, one man bands might make up a majority of the music world’s boldness and creativity per capita. Here’s 16 of them from a wide swath of the roots world. 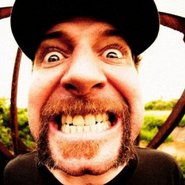 The “Dirty Ol’ One Man Band” signed to Bloodshot Records is one of the best-known longest-touring one man bands out there on circuit. His mixture of old blues with a little bit of country and punk influence is an infectious combination when he gets sliding on strings and stomping on the stage. He once had his guts spilled out on the highway after tangling head on with a semi, and lived to tell the tale. 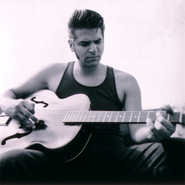 Canada’s primary offering of a one man band is more Elvis than Elvis. With machismo dripping from him like the gobs of Dapper Dan fighting to keep the cold black hair out of his face, Bloodshot Bill is a one man wrecking crew who was also one of the first to revitalize the discipline in the modern era. He was once banned from touring in the USA. Feel free to make up your own reasons why.

That’s right, why can’t a woman be a one man….er, on person band too? Molly Gene gives the boys a run for their money when she gets behind her pedal kit and starts sliding on the strings and singing the deep blues.

The premier storyteller and poet of the one man bands, the ANTI-signed William Elliot Whitmore, made a name for himself opening for punk bands, and has gone on to be considered one of the top entertainers in the discipline. Whitmore’s songwriting is sublime, and his voice has the wisdom of 1,000 old men. No wonder he doesn’t need a band. 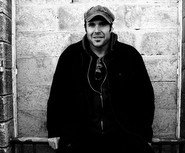 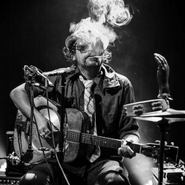 Drink up sinners! If one man band’s were like vintage television shows, Reverend Deadeye would be Sanford & Son mixed with MacGyver. You’ll never see another ragtag assemblage of clanging bangers then when Deadeve takes the stage, but this isn’t all Vaudeville. The Rev can really sing a song, and does Gospel as good as anyone. Probably not the rev you want at your wedding ceremony, but he sure does sound good. 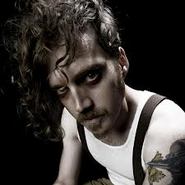 I’m blown away why there’s not more chatter about this guy in the Deep Blues world. A one man band with a dirty, soulful approach, switching from old Gibson arch tops to resonator guitars, to a banjo, to one-stringed diddley bow, it doesn’t get much better than Lincoln Durham when it comes the dirty, low down approach to music. His last album was produced by Ray Wylie Hubbard. 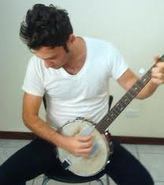 The pizza twirling, gator wrestling, Florida via NYC with a short stint in South America Italian Stallion of one man bands is the fastest damn banjo player you’ll ever hear, and seems to add a new percussion instrument he’s playing with a foot, knee, shoulder, whatever every time you see him. Lone Wolf works at the world renown Gold Tone banjo works in FLA, but his latest album Mine Up 13 features mostly guitar.

One of the few one man bands who may be fit for mass consumption, but giving up nothing to his counterparts in artistry or songwriting, Shakey Graves is a quirky, but handsome old school entertainer you can’t help but engage with.

The former .357 String Band banjo player and songwriter was forced to go solo when the band broke up, but featuring some of the best songwriting you can find and tight multi-instrument skills, Joseph Huber is no worse for the wear. Huber is not a conventional one man band—the approach comes more from the mother of necessity, and he will still take other players when he can get them.

An animal. A force of nature. Joe Buck Yourself is like a caged animal, unleashed on a crowd to inflict the wildest possibly damage on idiot thoughts and ego. The former Hank3 bass player and original lower Broadway revitalizer that used to pal around with BR549 and partly owned Layla’s Bluegrass Inn is now mostly know for spit wielding snarls, heart pounding songs, and rivers of feedback. Not for the faint of heart. 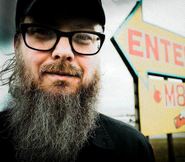 This wily old songwriting veteran who now resides quite prominently in east Nashville is not as much a proper one man band as a guy who doesn’t need much more than a guitar and a song, and some stories in between to keep an audience entertained. As time goes on, he may be becoming just as popular for his podcasts that capture some of the coolest music cats in their natural east Nashville habitat. 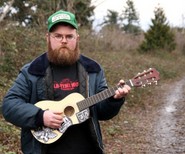 The troubadour of the one man bands and one of the best storytellers and purveyors of wisdom, Scott McDougall has an Old World charm to his music, like a wandering sage who walks into the local tavern to regale a crowd before slipping out again, not to be seen for many more months. A lover of friends, campfires, and conversations, McDougall is the best friend you’ve never met. 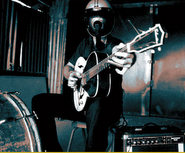 Bob Log III is like a one man Marine expeditionary demolition crew, cutting, burning, pillaging and plundering with a thunderous, ominous blues sound. Best known for playing while veiled behind a full face helmet (is Daft Punk ripping him off? Anyone? Anyone?), he’s one of the most entertaining one man bands out there. 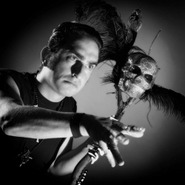 The creepiest, and one of the most creative of the one man bands, this comic book writer and substitute teacher from San Francisco puts on one of the most entertaining live shows you can see, complete with big creepy cue cards and other props while he peddles his Egyptian oils and other wares through his music.