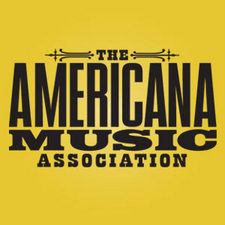 The Americana Music Awards just announced their 2013 nominees, and the dirty duo from South Carolina Shovels & Rope leads the way with a whopping four nominations, while Buddy Miller and Emmylou Harris both clock in with three. On September 18th, the awards will once again be held at the prestigious Ryman Auditorium in Nashville, and once again the nominations show a very narrow focus on the dramatically broadening world of Americana music.

One could make the case that Americana is two, maybe even three times larger of a genre than what it was only a few years ago. The Americana Music Association itself has said that it is the the “fastest growing music community today.” But again the awards read like a list of usual suspects from the founding members of the movement and their close friends getting together each year to pat each other on the back instead of paying attention to and benefiting from the dramatic growth gripping the “Americana” term as the most nationally-recognized and broad alternative to mainstream country.

In April, the Americana Music Association announced the new “Cross Country Lines Music Festival,” aimed at “breaking borders, breaking boundaries and coming together as a larger community.” Yet aside from the Instrumentalists, only 11 names of artists or groups compile the entire field of 2013 Americana Awards nominees, with most of the names being perennial nominees and winners from years past. It all begs the question, why the awards can’t grow with the genre?

There are no two bigger names in the close-knit Americana community than Buddy Miller and Jim Lauderdale, and when they together to cut an album, it’s no surprise the Americana world would go ga-ga over it. Same could be said about Emmylou Harris and Rodney Crowell, making them a close second. Small chance O Be Joyful could pull off the upset with such attention and so many nominations. John Fullbright is still riding on the momentum he received when From The Ground Up was nominated for a Grammy.

Wow, what an anemic list. Love all of these artists, but on a year when there were so many breakout Americana bands, to go back to these usual suspects seems a little bit lazy an unimaginative. If you’re going to nominate The Lumineers for Song of the Year, then why not for Artist? Did they not have a huge impact? If we’re only nominating oldtimers, why not Ray Wylie Hubbard with the success he’s had with Grifter’s Hynmal?

Notice that we are only three nominations in, and every name that appears in this category has appeared in a previous category. Now notice that these are the exact same nominees for Album of the Year, just without John Fullbright, and with no other name added to take his place.

Shovels & Rope has to be the shoe in here with so many other nominations. Is JD McPherson really “emerging”? Or is he just emerging in the mindset to the cloistered Americana decision makers? Lindi Ortega? First Aid Kit? If you’re going to include the former Turnpike Troubadour John Fullbright, why not include the Turnpike Troubadours?

“Birmingham” should win this. Richard Thompson would be the other strong contender. So we’re going to nominate “Ho Hey,” bolstered by its appearance in numerous commercials, but we won’t consider bands like The Lumineers, The Avett Brothers, Mumford & Sons, and many others for awards when they have been expanding the boundaries of Americana music more than any other bands or artists in its history?