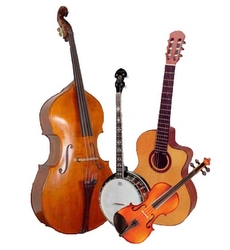 We bitch, we moan, we criticize, we celebrate the symbolic little victories that give us hope that a sea change for country music is imminent, or at least slowly taking hold, even though in many respects things only seem to get worse every year. And we look for ways to implement meaningful solutions to the problems plaguing country music so it can once again become a medium of creativity and touching inspiration like countless country fans enjoyed in past eras.

So what are some simple, workable  solutions that could be implemented? I’m not talking some idealistic view where Luke Bryan doesn’t exist. Guess what, Luke Bryan and others are here to stay. Pop has always been a part of country and always will be, but how can we get country to return to the days of balance in the format for traditionalists and women, and substance for all listeners? What real-life, pragmatic solutions that consensus and compromise can be found around could be implemented to help move country music forward instead of miring it in endless trend chasing, and remove the conflict between the two sides of the country divide so instead of bickering amongst ourselves, more energy and attention can be expelled promoting and enjoying the music?

There should be one very basic rule of thumb: If you play a song and it fits better in another genre or genres instead of country, then that song, or the album it comes from, or the artist playing it, should be disqualified from being considered for distinctions meant for country music.

The battle over what is country and what isn’t is a never-ending headache that will eternally be debated within the genre. But when you have artists such as Sam Hunt, or songs like recent singles from Thomas Rhett, Luke Bryan, Jason Aldean and others that clearly belong in a different genre before you would consider them country, then don’t put them in Billboard’s country charts, don’t let them compete for CMA and ACM Awards. Let them be slotted with pop, R&B, EDM, rock, or whatever format is more appropriate, and leave country charts and awards open for more genre-relevant material.

We may still disagree about quality. One may not like the “country” of Florida Georgia Line and there may still be a elements of pop or rap mixed in there. But if reasonable boundaries are not defined around country, then “country” risks becoming a meaningless distinction, and the value of its legacy infrastructure, like its radio format, it’s awards shows, it’s institutions like the Grand Ole Opry, risk becoming meaningless and marginalized as well.

It happened with rock, it happened with adult contemporary, it has happened with many radio formats over the history of the medium when one universal approach to a genre of music underserves so many people that it is necessary to split the format in two (or sometimes three). Nobody wants to continue endless conflict and bickering about what country music is and should be, so separate classic and contemporary country, and repatriate the countless country fans who’ve become disenchanted with the current direction of the genre with their own format.

And when I say “classic country,” I’m not just talking about playing the “Class of ’89 (Garth Brooks, Alan Jackson, et al), or whoever Cumulus and Big Machine has signed to NASH Icon. Play contemporary artists who fit the more classic mold like Chris Stapleton, Brandy Clark, Sturgill Simpson, and Kacey Musgraves, who have strong and proven commercial relevance, and place them right beside the classic greats that never get old.

Meanwhile on the contemporary side they can go hog wild and it won’t cause the same friction we suffer from today because true country music fans will once again have a home.

If you have two separate radio formats, and two commercially-relevant environments in the country music realm, consider giving out specific awards at the CMA and ACM awards for “Contemporary” artists and “Classic” artists, meaning have a “Classic” Song of the Year, and a “Contemporary” Song of the Year. Right now mainstream country music is so top heavy, it’s at risk of tipping over, and there’s not enough slots to highlight worthy artists since so many of the same names keep winning the same distinctions year after year.

Blake Shelton and Miranda Lambert have both won the Vocalist of the Year for the CMA’s the last five years running. By creating more categories, the log jam at the top of the genre can be released, more new artists and worthy artists can be recognized, and true competition can be fostered as more names are given an opportunity in the spotlight.

That doesn’t mean that females get a 50/50 split of radio playlists, awards show performances, etc. They still must compete with the men on an equal playing field and prove their appeal to listeners. But at the moment there is no such equality. Women are systematically discounted by a good ol’ boy system and a set of misconceptions that nobody wants to hear female voices in country music. The industry doesn’t need to just take symbolic steps. It should put forth concerted, systematical effort to make sure women artists are treated equally to their male counterparts, and the result should be both a rise in female representation in the genre, and more meaningful music as stronger competition is once again introduced into the marketplace.

The numbers in country music are down compared to other genres. Every artist and song on the radio sounds virtually the same. Give artists the opportunity to expand their horizons, and not just by exploring other genres, but by allowing them to express themselves, express something that connects people through an emotional moment.

Money must be spent on finding new talent, and allowing that talent to experiment and explore like country music used to allow in the past. Sign songwriters who show promise. Take a chance on an artist who may go bust, or may become the next Randy Travis or Waylon Jennings. Not everything can be a safe bet. There also has to be some risk reward.