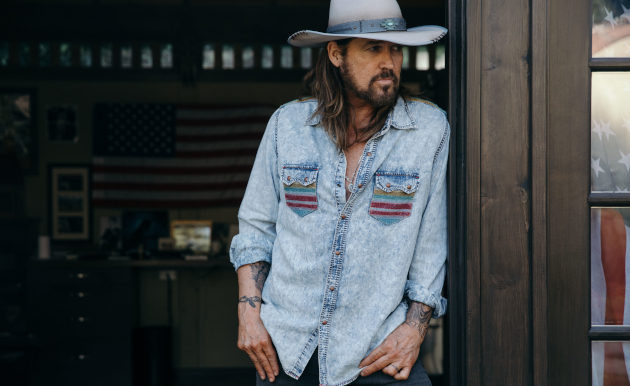 Right now a track featuring Billy Ray Cyrus has been the #1 song in all of music for nine straight weeks and counting. We’re speaking of course of Billy Ray’s remix with Lil Nas X on “Old Town Road.” When Cyrus decided to join Lil Nas X on the song, it was heralded by the media outside of country music as a country music superstar lending his name to this genre-bending newcomer who had been abruptly and unjustly kicked off the country music charts.

The problem with this assessment is that Billy Ray Cyrus has not only been aggressively irrelevant in country music for well over 20 years, his legacy had long since devolved into a meme as the poster boy for the atomic mullet hairstyle, and the responsible party for what is regarded as one of the most reviled country songs in history, “Achy Breaky Heart.”

Cyrus’s debut 1992 album Some Gave All sold enough copies to go 9-times platinum, but he would never come even close to this success later in his career after being typecast as a one hit wonder. For example, Billy Ray’s 2016 record Thin Line sold a grand total of 700 copies upon its release, and debuted at #49 on the Billboard Country Albums chart. To put that into context, independently-signed Americana artist Jason Isbell’s last record That Nashville Sound sold 51,000 copies.

Billy Ray’s next album, 2017’s Set The Record Straight, sold so few copies, it fell below the threshold to even be reported for sales at all, even with streaming equivalents. The 1.6 million Twitter followers of Billy Ray Cyrus didn’t care enough about the record to even collectively purchase a sum total of 300 copies so we would know how many copies were sold. College students in coffee shops peddling acoustic records have accrued better sales than Billy Ray Cyrus in recent memory. It’s basically like his studio material doesn’t even exist. 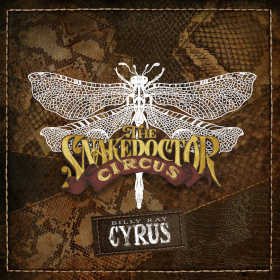 But all of that would most certainly change now that he’s latched onto Lil Nas X and taken the world by storm with their genre-defying “Old Town Road,” turning the music world upside down, and lashing out against racial injustice. It was fortuitous timing that right as Billy Ray jumped on “Old Town Road” and the song plus the controversy swirling around it captured the popular music zeitgeist, Cyrus had a new album already in the hopper and ready to release called The Snakedoctor Circus.

Called a concept album by Cyrus, it saw him reuniting with Don Von Tress, who wrote “Achy Breaky Heart.” The Snakedoctor Circus was released by major label BMG who put extra publicity muscle behind the release after the success of “Old Town Road.” Cyrus made multiple appearances promoting the record, including on James Corden’s late night show, and at a highly-publicized set at the Stagecoach Festival in California.

So how how did Billy Ray Cyrus’s new album do with all of this renewed attention in his country music career?

The Snakedoctor Circus sold a grand total of, get this, 425 copies upon its debut last week, including physical copies and streaming equivalents. The album sold so poorly it didn’t even register in the Top 100 Overall Album Consumption chart in country for the week, not to mention not registering on any all genre charts. Saving Country Music had to dig just to find the exact number since it didn’t make an major indexes. This is well below what most up-and-coming debut acts in Americana sell upon debut. For example, Kentucky songwriter Ian Noe’s debut album From The Country released last week is currently tracking to sell four times the amount of Billy Ray Cyrus, or more, and this is from an artist with 645 Twitter followers compared to Cyrus’s 1.6 million. Billy Ray isn’t just not selling records, it’s that the music world is purposely avoiding his output.

So if anyone was wondering if Billy Ray Cyrus was the secret ingredient to Lil Nas X’s success, or if signing up with the young man would result in a resurgence in Billy Ray’s career, you have your answer. And the sad part is that The Snakedoctor Circus is not a particularly bad album at all. In fact compared to many mainstream country albums, it could be considered quite good by today’s standards. It’s not a country rap album. It’s not loaded down with electronic drum tracks. There were most certainly worse records released and/or sold in country music last week, but virtually none sold worse than The Snakedoctor Circus.

Billy Ray Cyrus has also released numerous examples of quality country music since his initial success in the early 90’s. His poor reputation in music is not all his fault. The problem is Billy Ray became typecast as the “Achy Breaky Heart” guy, and regarded more as a punchline than a positive contributor to the genre, and now nobody’s been paying serious attention to his music for a good quarter century, even now with the renewed attention via Lil Nas X.

Despite Billy Ray’s wild, overnight success and popularity with “Achy Breaky Heart,” relying on one catchy and shallow song that was not much more than a cultural meme and dance craze damned his music and his legacy henceforth. When people point to overnight sensations and say their music will never last, sometimes it’s more about wishful thinking or a loser’s cry. But with Billy Ray Cyrus, it was the fateful truth. Whether the same fate will befall Lil Nas X and “Old Town Road,” we’ll have to see. But there is a lesson in the career arc of Billy Ray Cyrus that every artist, and every critic and prognosticator too stuck in the here and now should heed.