Acclaimed Songwriter and Performer Bap Kennedy Has Passed Away 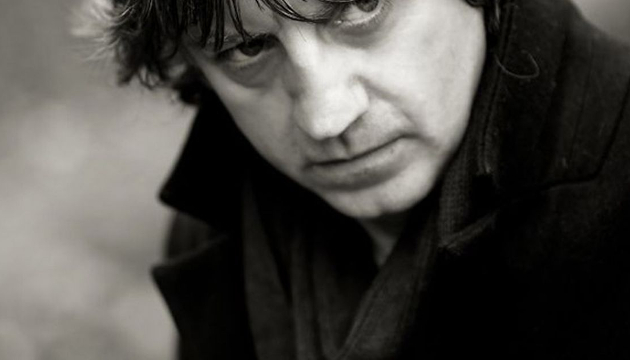 “The best songwriter I ever saw” — Steve Earle

Not known by every country, blues, and Americana fan, but cherished deeply by the ones who did, songwriter and performer Bap Kennedy took his cross-Atlantic enthusiasm for roots music and became one of the most well-respected musicians and songwriters by his peers ranging from Nashville to Belfast during his nearly 40-year career.

A diverse and accomplished songwriter, Bap Kennedy began his career in punk and rock bands such as Sellout and 10 Past 7 in the late 70’s and early 80’s, blowing out eardrums in his hometown of Belfast before heading to London to pursue music more seriously. It was there that Kennedy helped establish the band Energy Orchard that for nearly a decade was a mainstay of the London live scene, opening up for many of the touring artists passing through London in the day.

Bap Kennedy’s experience in Energy Orchard put him in contact with American artists such as Steve Earle, and opened up and entirely new influence of country and roots music that he would call upon after Energy Orchard disbanded in 1996. Shortly after the breakup, Bap set out to record a solo record, and Steve Earle signed on as producer and guru. Recorded in Nashville, Domestic Blues featured contributions from folks such as Jerry Douglas, Nanci Griffith, and Peter Rowan, and became a favorite among the burgeoning Americana crowd when it was released in 1998.

Kennedy’s next album called Hillbilly Shakespeare was inspired by the love of Hank Williams he acquired hard and heavy while stationed in Nashville. It was released in 1999 and featuring all Hank covers, while Bap was touring regularly with folks like Steve Earle and Chris Knight, playing to America’s alt-country scene and influencing many of the artists he came in contact with. His next record Lonely Street (2000) was a concept bridging Bap’s love for Hank Williams and Elvis.

Born Martin Christopher Kennedy in Belfast on June 17th, 1962, his nickname “Bap” came from the small bread rolls sold by a local bakery. Kennedy was also a qualified gemologist, and moved back to his native Northern Ireland in 2007. In May of 2016, Bap announced that he had been diagnosed with Cancer, and started a health blog on his website. Through the blog it was revealed that Bap had been moved to hospice in September. Bap also announced in the late stages of his life that he had been suffering from Asperger Syndrome throughout his career. His wife Brenda, who married Bap in 2008, is the author of several books on the subject. In a recent post, Kennedy proclaimed that the disease was a big part of who he was, and the engine of his creativity.

On Tuesday evening, Martin Christopher “Bap” Kennedy passed away due to Cancer. He was 54-years-old.