ACM Admits to “Plenty of People” Lip Syncing on the Show 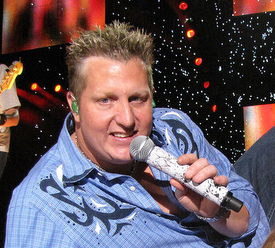 The alert and conscientious country music fan has always held deep suspicious that country music award shows, especially the ACM’s, featured lip-synced performances on an annual basis, but we may just now be discovering the depth of the deception on the American public during the presentations.

Country trio Rascal Flatts faced a lip syncing controversy coming out of the 2014 ACM Awards after they decided to pantomime to a pre-recorded track of their song “Rewind” for the presentation. The lip-sync was so obvious, the band was forced to come clean the next day, telling fans, “After having performed several shows earlier in the week, Gary [LeVox] lost his voice. So, instead of cancelling our commitment to do the show, we made a last minute decision to lip-sync. We’ve never done it before, and we’re obviously not very good at it. We look forward to singling live again in the very near future!”

That’s all fine and good, maybe it was just a once-in-a-lifetime thing and Rascal Flatts and the ACM’s had learned their lesson, right? Well, not so fast. The executive producer of the ACM Awards RAC Clark while speaking to Country Aircheck in their latest issue and looking to sweep the lip-sync controversy under-the-rug as no big deal, instead allowed the skeletons to come cascading out of the ACM’s lip-syncing closet.

“There have been plenty of people who have lip-synced on our show,” RAC Clark said, thinking this knowledge would somehow make the Rascal Flatts subterfuge not as big of a deal. Instead it finally validates the suspicions of many viewers and country music fans that what they’re seeing on the ACM Awards many times is not real.

We knew there was an issue in dress rehearsal. In talking with [managers] Clarence Spalding and Randy Goodman, they said he can’t sing. We talked about the options, which were basically canceling and lip-synching. And I told them, that’s up to you. And they didn’t want to cancel. I think it was a good move. There have been plenty of people who have lip-synched on our show. I’ll never reveal who, but there are a lot of activities in Las Vegas with other concerts, private shows, radio remotes there is a lot of talking. Not to mention the lack of humidity and hotel air. Some artists, especially those with a finely tuned instrument like Gary LeVox’s, can only handle so much.

Making the matter worse is the fact that the 2014 ACM Awards started off with host Blake Shelton cracking a joke at the expense of current Las Vegas residency performer Brittney Spears (and sis of Jamie Lynn Spears who was sitting in the audience) saying viewers shouldn’t expect a lip-synced show, but “real live music.”

ACM executive producer RAC Clark also explained why Album of the Year winner Kacey Musgraves was not given a performance slot on the night, saying, “It started as a shorter performance, and she declined. We came back with something a bit longer, and it eventually came down to her wanting a full performance. We kept pushing at time, but couldn’t make it work. No disrespect to songwriters, but the viewing habits of the public are now at about 1.5 minutes.”

The lip syncing revelations come in a rough year for the ACM Awards where concerns about the lack of female performers on the show and Justin Moore’s ineligibility for New Artist of the Year tainted the year’s festivities in some fan’s eyes. Ratings for the show were slightly down in 2014, but came the year after a 15-year ratings peak for the presentation.