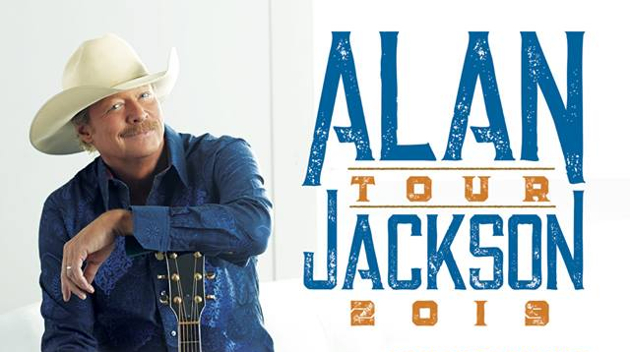 Yes, Country Music Hall of Famer Alan Jackson will tour in 2019, and we’ve now got the dates to prove it. After canceling some of his last appearances in 2018 due to illness and the death of his son-in-law Ben Selecman, some were concerned it may be a while before they get to see Jackson again. But starting on January 25th, he’ll be heading out on an arena tour that will see him hit multiple stops throughout the South and Midwest. After announcing a few dates earlier this week, he let some more loose on Thursday (12-13), with more to come soon.

Joining Alan Jackson on tour will be mainstream country music revivalist William Michael Morgan, who is just about the perfect pick for an Alan Jackson show. Also on tour will be Randy Houser, who has also been on a big revivalist kick lately ahead of the release of his latest album Magnolia out January 11th, with his current single “What Whiskey Does” creeping up the radio charts.

A big question for Alan Jackson fans has been when they may hear new music from the Mercury Cowboy himself. Unfortunately, no hints on a new record have been dropped to coincide with the new dates, but keep your eyes peeled. Jackson did release a new song “The Older I Get” in 2017 ahead of his Hall of Fame induction, and he’s about due for a new record.

Alan Jackson has sold an astounding 60 million records worldwide, recorded thirty-five #1 hits, has had fifty Top 10 hits, has earned two Grammy Awards, and 16 Country Music Association Awards including Entertainer of the Year in 1995, 2002, and 2003.

Tickets for the announced shows go on sale Friday, 12/14, with more dates promised to be announced in the future. 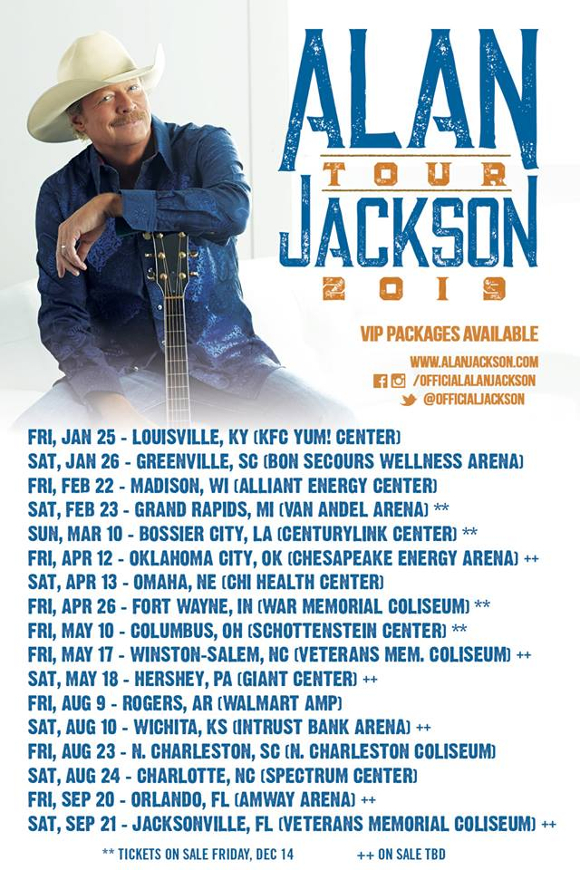