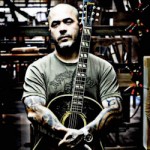 Yes, Aaron Lewis, the ultra-emotional singer from Staind that done “gone country” a couple of years back has a new album called The Road, and I have to say, this was not nearly as bad as I was expecting.

Aaron Lewis busted onto the country scene like a ruptured colostomy bag with his gawd awful single “Country Boy” late in 2010. Going back and reading my review, I wasn’t impressed. Then last Spring Lewis released the lead single from The Road called “Endless Summer” that wasn’t much better, name dropping Jason Aldean among other atrocities.

So I wasn’t giving The Road much of a chance until my inbox began to fill with messages from folks swearing this album had something. So reluctantly, like a dog contritely contemplating its own fresh vomit, I gave it a timid sniff. Next thing I knew my nose was buried deep in The Road.

Fundamentally, this album suffers from similar issues as Arron’s first two singles. As a country music outsider, Lewis seems to rely too much on songwriting formulas, and tends to get political on your ass in a way that comes across as pandering to demographics instead of a byproduct of sincere songwriting. But beyond those transgressions, and the “Endless Summer” single that’s clearly a play for radio attention, The Road is a hard country, steel guitar, half-time, waltz beat, honest-to-goodness honky tonk album with some surprisingly good moments.

I can’t believe I typed that last sentence, but it’s true. The Road sucks in the real country listener with the first two tracks “75” and “The Road” that are just good, straightforward honky tonk road songs with no pretense, no transgressions, just simple music with an honest message. Then of course The Road hits a speed bump with the awful “Endless Summer,” but that song is so bad you can just write it off completely and move on.

An important thing to remember is just because a song is real country, doesn’t mean it is real good. Most of the songs on The Road are solidly real country from a sonic standpoint, but there are still some misses. “Red, White, and Blue” has a classic country sound, but it’s sullied by a really formulaic approach to the lyrics. They’re full of bravado about how poor his grandparents were and how he’s the offspring of people who fought in the military. But all you can think is that devoid of any true country or military cred himself, Lewis is attempting to supplant that cred from his ancestors. 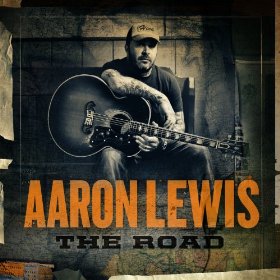 In the end an otherwise well-crafted song is relegated to a braggadocios, glorified family portrait with Aaron looking like the one that broke the traditions instead of carrying them on. A similar feeling pervades “Granddaddy’s Gun,” that would be a very warm story about a family artifact if Arron didn’t use it to interject his political views.

Subtly of message is not a skill that Aaron Lewis possesses. “State Lines” also has some unhealthy, self-indulgent bravado as Lewis endeavors to write his own history instead of living it and writing compelling stories from it. That’s one of the differences between rock and country Aaron has yet to decipher, that bragging is for butt rock, while country is the format of aw-shucks. Ironically, his classic country style and sound make this discrepancy more obvious. If he was playing laundry list “new Outlaw” country pop, then he’d just be following the herd. Here, his novice approach to country lyricism is glaring in spots.

But its impressive in others, like “Lessons Learned” that despite name dropping Johnny Cash, displays a lot of depth in songcraft and vocal range. A past gripe about Lewis has been his droning monotone voice in both his country and Staind material. But I’ll be damned if The Road doesn’t give rise to Lewis showcasing some remarkable and refreshing vocal dexterity and range on a number of occasions. Something else refreshing about his voice is there’s no put-on Southern accent at all. At times the music and lyrics beg for it. But to Aaron’s credit, he abstains.

“Anywhere But Here” is another selection that shows curious, refreshing depth, though this is chased by “Party in Hell” that otherwise would be a fun, rocking end to the album if it wasn’t for the incessant name dropping in it. Waylon, Whitley, Haggard, “No Show”, Jimmy, Janis, and on and on.

Despite the forays into depth and the deep tie to the roots of the music in The Road, Arron Lewis proves he’s still green to the genre. From a broad view, it’s best put that it is a classic country album with mainstream country lyrics. But The Road also has something that is typically neglected in many modern albums: a theme. To have a universal thread to run along the backbone of the songs always makes an album greater than the sum of its parts, and Aaron employs this well in The Road.

I’m going to eek out a positive review here, meaning I don’t recommend this album, but if someone told me they loved it, I wouldn’t argue with them either. Worth a sniff maybe, but Aaron Lewis still has to grow as a lyricist if he seriously wants to be considered a true country artist. At the same time, kudos to him for the growth displayed on The Road. I’ve been hard on this dude over the years, and it’s good to see him at least make beginning motions in the right direction.

Preview & Purchase Tracks from The Road.