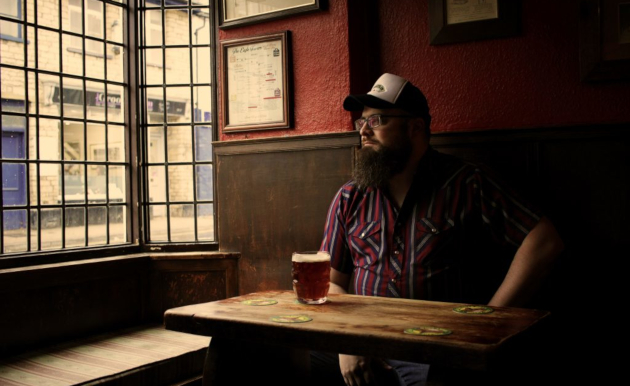 Being a country music artist comes with more curses than blessings. Not only are the economics troublesome if you want to make actual country music as opposed to the close approximation they play on mainstream radio, some country artists feel they need to indefinitely suffer so their music is instilled with the heartbreak and soul that good country music requires.

You would be a fool to choose country music as a profession or even a side hustle voluntarily. You’re better off finding a much more sensible hobby or occupation. But country music often chooses you, whether you like it or not. The best country artists don’t make music because they want to. They make country because they have to. That’s the only explanation why someone would pursue such a difficult course through life. Otherwise you would have to be a glutton for punishment. Sometimes country music doesn’t even discriminate against country of origin when it singles out a mark and infects them with the insatiable desire to make a bygone style of music that has been pushed to the margins. That’s the case with Oxforshire, England’s Ags Connolly.

We’re far past calling Ags’s passion for Austin style honky-tonk some sort of passing phase or lark. Now on his third full-length album of original traditional country released in the last five years, he’s become one of the first names you cite as an example of how anyone can make country music as long as a sincerity for the art form resides in their heart. Over the last few years, Ags has risen from a relative unknown, to the name that’s on the tip of the tongue whenever one asks who (if any) are the best true country artists from England at the moment. 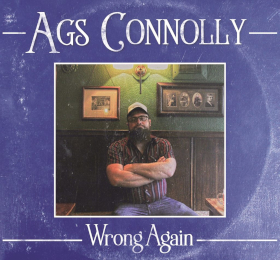 This isn’t British-style country music. This is country-style country music, written to pack and dress the wounds of those with bad luck stories and broken hearts. Of course the voice of Ags Connolly is not going to come with some sincere form of Southern twang. It would be silly if he tried. But all the turns of phrase and heartfelt storytelling that are dead giveaways for a country song are here, along with the instrumental accompaniment that true country music requires. Ags Connolly is so country and his catalog deep enough now, it veers towards insult to feel like you must explain away concerns about his authenticity simply for where he’s from. Though region of origin will always be something that certain performers can use as cred in country music, Ags Connolly is case study #1 of why being from rural America is in no way a prerequisite.

It only takes a few bars of “Wrong Again (You Lose a Life)” for the universal language of country music to kick in and resonate in your ears. A no hold’s barred traditional country heartbreak record, songs like “I’ll Say When” and “The Meaning of the Word” are as country and agonizing as the come, while “Sad Songs Forever” speaks to why these songs are so beloved by country fans. But if you really want to understand the anguish Ags Connolly faces as both the bearer of a broken heart, and a man whose body resides at home, but his soul somewhere far off in a foreign land where country music is sung and played in far greater frequency, the song “Indian Sign” is the best illustration. All traditional country artists were born in the wrong time. Ags was born in the wrong time and place. But lucky for us, it results in some great music.

It’s also fair to characterize Wrong Again as a little fey initially, and needing of a few listens to warm up to. So listeners are encouraged to give it multiple spins before coming to any hard and fast conclusions. The music on a few songs feels almost a little too polished and “stock” in style as opposed to Ags finding a sound that can separate him from the standard run of traditional country singers, even if he does add a little accordion in there for flavor. There are a few really intimate acoustic moments on the record, like the well-written “Early Morning Rain.” But “Lonely Nights in Austin” might meander a little too much to properly convey its emotion.

It’s tough enough being a traditional country artist in 2019. Try being one located some 4,000 to 5,000 miles away from the country music epicenters of Nashville and Austin, attempting to ply your craft where the misnomers about country music are sometimes impenetrable. This feat could only occur if your passion for country music is pure, your talent undeniable, and your tolerance for internal torment exceptional. Luckily, Ags Connolly enjoys all of these attributes, and expresses them with honesty and poetic grace in Wrong Again.