Album Review – AJ Hobbs’ “Too Much Is Never Enough” 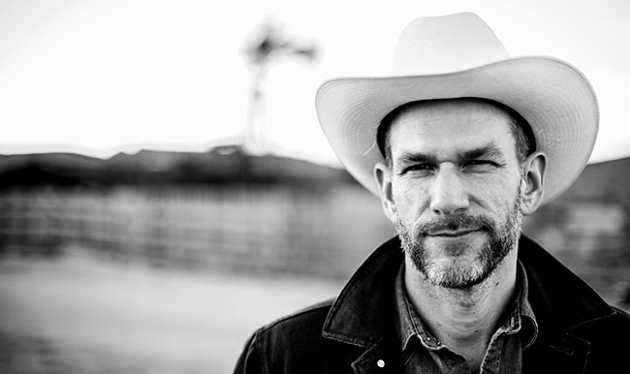 Sturgill Simpson says that all good music is soul music, and that the most outlaw thing that a man can do is find a good woman and give her a ring. If those assertions hold up to scrutiny, then it would stand to reason that AJ Hobbs’ self-appointed subgenre of “Outlaw Soul” is an adequate, if not an ideal identifier of his music.

For my money I’m hearing good old American shit-kicking honky tonk emanating from the California native when he straps on the guitar and starts crooning into an SM58, but it’s that dollop of soul from some horns here and there and backing soul singers that separates AJ Hobbs and his debut record Too Much Is Never Enough from the same ol’ fuddy duddy recreations of traditional country.

If AJ Hobbs croaks tomorrow and contributes nothing else to the pantheon of country music, the title track off this record will serve as a worthy enough contribution to pushing the country music genre forward. Like most of Too Much Is Never Enough, the song is autobiographical, like Hobbs carved out a piece of his abdomen to sacrifice to the song, and it speaks to the sobriety many music artists must cling to in order to keep the thing on the road. “One is too much, and too much is never enough” may be the title of some AA pamphlet floating around out there, I don’t know. But it’s a damn good idea for a country drinking song. 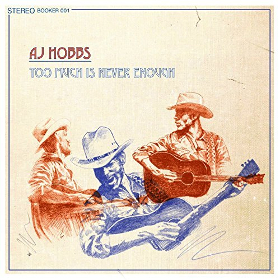 AJ Hobbs has a little more grey in his muzzle than you might expect from someone peddling a debut album, but he’s actually been around for a while, sometimes performing under the pseudonym Cal King. Growing up in a small California desert town, the ghosts of Bakersfield country haunted him from an early age, and hearing all the greats on the radio never left him. After getting married and getting sober, he’s ready give the whole music thing a try, even though an inversion of that plan is usually how these things go in the business.

They say you have your life to write your first album, and there is a lifetime’s worth of stories and experiences in the very personal Too Much Is Never Enough. Whether it’s “Daddy Loved the Lord” or the breakup heavy “Shit Just Got Real,” AJ isn’t just channel surfing through soap operas looking for inspiration, it’s born from his own foggy recollections of what the hell went wrong in well-written songs hewn roughly out of hard fought memories with the bark left on. Adding backup singers and a hot shit band behind him only helps to enhance it all without denting the grease and authenticity of the record.

An AJ Hobbs song has a good bit of wit behind it without getting too deep an alienating folks, and this makes the music fun even when the subjects are heavy. That doesn’t mean AJ Hobbs won’t spring a tearjerker on you too, but only when the timing is right. Too Much Is Never Enough could’ve possibly used a little more wetness or distance on certain signals in the recording to give it a little more old school atmosphere. It’s just a tad dry, and there’s probably a few songs here you’ll pass on. But the good songs are what you come here for, and this album has plenty of them.

Too Much Is Never Enough includes contributions from noted musicians such as Brian Whelan, John Schreffler Jr., Storm Rhode IV, Jeremy Long, Makeda Francisco, and was co-produced by Ted Russell Kamp. It also includes an inspired cover of Merle Haggard’s “The Bottle Let Me Down,” carrying on a tradition we’ve seen on many traditional country albums in the year since Haggard’s death of including a song from The Hag in tribute.

Purchase Too Much Is Never Enough from AJ Hobbs

Purchase Too Much Is Never Enough from Amazon