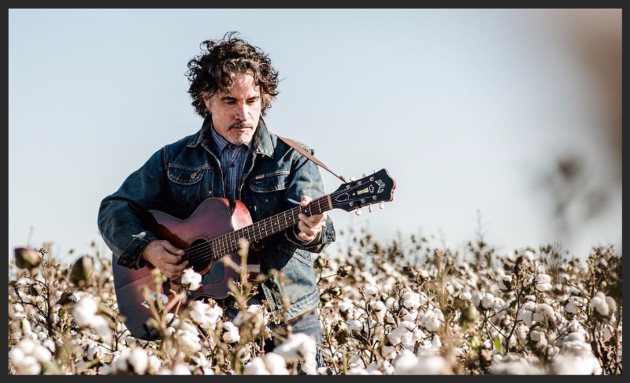 One of the primary knocks on Americana music has always been that it acts as a retirement home for old rock and country artists. And let’s be honest, that is probably not an unfair assessment of the situation, at least in certain circumstances. So when you started seeing John Oates—known mostly heretofore for his musical efforts with Daryl Hall—begin to show up at functions such as the Americana Music Awards, you knew what lay in store even before the press releases were officially handed out.

When it comes to artists who at one point enjoyed massive mainstream success, it’s easy to overlook the finer details of their career and instead focus on the bigger moments you most easily remember. But that doesn’t mean that any artist’s body of work isn’t filled with much more substance, and their influences and taste aren’t much more aligned with your own than you might expect.

When you think Hall & Oates, you think of albums like Private Eyes, which nearly defined schlocky 80s studio pop rock that wasn’t ballsy enough for hair metal, or refined enough for Yacht Rock. But like most all artists, early influences and overall acumen are rarely represented by what makes it onto the Billboard Hot 100.

So John Oates wanted to make a bluesy and rootsy Americana record. As a fan of rootsy Americana, it’s hard to blame him. This sounds like a much better idea than a Private Eyes reenactment. Arkansas is a passion project. John Oates is nearing 70. He’s not trying to revitalize his career necessarily, or ride some big Americana wave to twilight superstardom (or if he is, then the joke is on him). Instead the impetus here is for John Oates to make a record that he’s wanted to make for many years. It’s a bucket list thing. But like all artists, he wants to share as well, and hopefully have as many people hear it as possible. 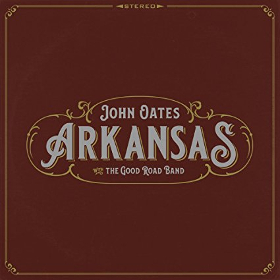 It may be a stretch to call this record great, but John Oates did a great job executing what he set out to accomplish, which is to capture his passion for old blues music, with some mandolin and twangy textures involved too. And the title track “Arkansas” is a pretty good song, at least from someone like John Oates. “Surprising” feels like the right word when you see the name “John Oates,” and then hear what’s going on here. For some people, the drawback to this record will be the participation of John Oates because of preconceived notions, while to others this will be the point of interest. But for both, his level of passion for old roots music music will impress you.

That said, Arkansas is still definitely hewn in that typical old white guy Americana way of incorporating blues modes in an attempt to infuse music with soul, even if little soul resides in the actual artist or performance. But this is a bit more forgivable coming from John Oates, who is trying to make a period piece here, as opposed to some 20-something roots hipster in East Nashville looking to launch a career by appropriating some throwback accent. Still, John Oates is a guy who was born in New York and raised in Philadelphia trying to sing old blues music from the south, and this looms over your head while listening.

Also, there are a lot of songs on here that it’s fair to question if we need another version of, like “Pallet Soft and Low, and “Stack O Lee.” The singing voice of John Oates is not what it once was, but perhaps this was one of the other inspirations for this record, since a little rasp fits this material pretty well. John Oates also procured some great players to help flesh out this project, including Sam Bush on mandolin, Russ Pahl on pedal steel, Guthrie Trapp on electric guitar, and Steve Mackey on bass, giving it great textures and a bit more audio authenticity.

Arkansas is what it is, which is sort of a boutique roots record done well by a guy you may not expect to do so. It won’t become the big talk of music or anything, beyond possibly the title track making an impression in Americana. But hey, it’s better than “Kiss On My List,” and shows that a passion for roots music resides in a much wider swath of musicians than you may expect, as does the skill to play it. And who knows, perhaps John Oates name will turn on some new folks to some older and important music.

Arkansas may not be a great record, but it’s great that John Oates made it, and it’s surprisingly better than what you may expect.