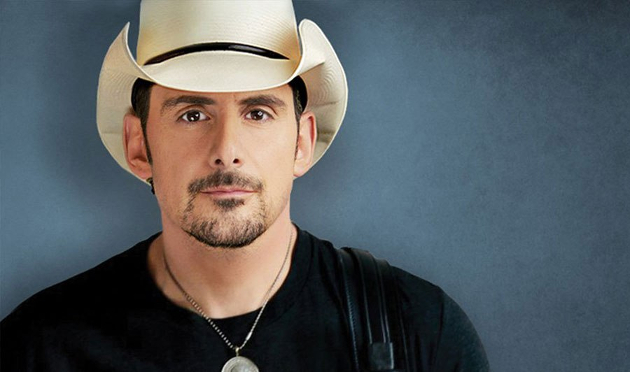 When Dierks Bentley released his last dreadful record Black, it didn’t just mean we lost respect for Dierks for releasing the worst record of his career, and clearly what the suits wanted instead what Dierks wanted, it also meant we lost one of the very last good guys in mainstream country music—a dude that even many of the hard-nosed independent fans could find common ground with their mainstream buddies over.

There was a time when Brad Paisley also held that position. Even if you couldn’t get behind some of the newer songs, it was hard to not appreciate Paisley for his guitar playing, and he had enough solid material from early on in his career to point to as being more of a positive influence in mainstream country than a negative one. Recently when a local country station out of Ft. Worth changed their rotation and added a few older Brad Paisley songs to the playlist, some listeners were up in arms. But many of those older Paisley songs are better and more country than what some local “Texas country” acts have to offer.

When Brad Paisley won the CMA for Entertainer of the Year in 2010, bisecting the years that Taylor Swift would walk away with the award, it felt like a victory for good ol’ country music. It was Brad Paisley. And though at that time his use of joke songs and some other nitpicky things were already beginning to wear thin for some, he was hard to hate.

Paisley’s last few records however, they had enough awkward moments and bad decisions to where even if you didn’t fall out of favor with Paisley, you still wanted something more from him. Brad Paisley has never been the guy to define the sound of country at a given moment, even when he won Entertainer of the Year. But he always remained a steady rock of quality in the mainstream, and you had the sense his good guy persona wasn’t an act when he did things like taking the point when it came to remembering and preserving the legacy of “Little” Jimmy Dickens. 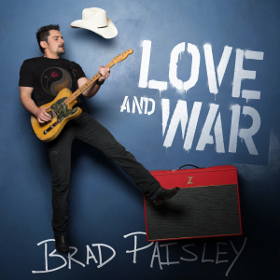 When reviewing one of the first songs released from this album—a rendition of a Johnny Cash poem Paisley put to music called “Gold All Over The Ground“—it was said this could be a very important record in Brad Paisley’s career. This project could go on to define him in many ways. Because up to this point, the Paisley legacy is straddling the fence. Is he truly a generational star whose 19 #1 singles put him in contention for the Hall of Fame when his time comes, or is he a perennial 2nd-tier country star with some hot guitar chops who is good at cracking jokes? Love and War would seem to indicate the former is a more fair assessment than the latter.

Sure, Paisley’s a great guitar player, but what does that matter if he never showcases it? Love and War is Brad Paisley returning to doing what he does best, which is being Brad Paisley. His last couple of records had their moments, but they were indicative of an artist sensing the pressure to sell records to elongate his career. So he tried to stir the pot and take chances. But Paisley is really not a chances kind of guy. He’s Brad Paisley. He’s even keeled and constant. He didn’t do well trying to be somebody else.

But before you think that Love and War is safe and careful, appreciate that on this record Paisley collaborates both in the writing and performance with Mick Jagger, John Fogerty, Bill Anderson, and of all people, hip-hop producer Timbaland, and does it all while putting out probably his most country record in the last six years. Folks seeing headlines about Paisley collaborating with Timbaland are freaking out, but “Grey Goose Chase” might be Paisley’s most traditional track in years, even if the lyrics leave some to be desired. Is Timbaland warming up his country chops for the long-rumored Justin Timberlake country album? We’ll just have to see.

One of the big complaints about Paisley’s last couple of albums has been that his guitar playing is nowhere to be found. On Love and War, he leads with the head of his Telecaster, and nearly ever song is bisected with a ripping solo. His tone still leaves some to be desired for country music, but it’s a display of instrumentation most modern mainstream country music doesn’t leave room for.

Remember how we all love to complain about Paisley’s joke songs? Well the song “selfie#theinternetisforever” is actually pretty damn funny. You remember what a disaster it was when Paisley tried to get political with “Accidental Racist”? His “Love and War” song with John Fogerty about the mistreatment of returning soldiers is spot on, and this is coming from someone who hates the pandering found in many of these mawkish “support the troops” songs from mainstreamers. “Love and War” works not just because Fogerty is present, it’s because it actually says something in a honest and pointed manner about a real problem instead of just the same self-ingratiating patriotic trumpeting.

Love and War still leaves much to be desired. Sonically, hats off to Paisley for putting together a spicy, energetic effort that is traditional at times, contemporary in others, but always true to itself and to the heart of modern, healthy country music. In doses the songwriting just feels a little light, like the list-tastic, though harmless “Heaven South,” the underwhelming “Grey Goose Chase,” or the completely failed “Solar Powered Girl.” “Go To Bed Early” is a quite strong songwriting effort though, and “Last Time For Everything,” though you want to hate it at the beginning, gets you with some powerful, timely lines.

Are we just so happy to hear a mainstream record that doesn’t alienate us or let us down that we can construe a few good songs into a strong effort? Maybe that’s the case, but any work is only fair to judge beside its peers, and right now Paisley is one of the few setting the pace for decency in popular country music. Let’s just hope the radio plays it, and people pay attention. Because this is the Paisley we want, this is the Paisley country music needs, and the one the world deserves to remember.