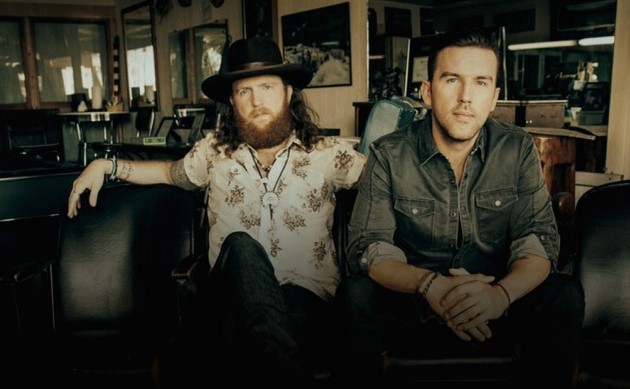 The apple of Eric Church’s eye, and an offbeat selection for mainstream country listeners, the Brothers Osborne have finally released a debut album through EMI Nashville, and if nothing else, it earns your attention from its originality. It’s not really a country record, though what is these days emanating from a country music major label? It’s more fairly described as roots rock, and don’t worry, there’s still some of those plaintive and even painful moments that remind you that you’re listening to a modern-day Music Row release. But that doesn’t take away from the fact the Pawn Shop should be considered a healthy alternative on the mainstream music menu.

It seems strange that we’re just now getting a full-length record from these two. They’ve been touring around with label mate Eric Church for several years, and it feels like forever since we were listening to their first single “Rum” and trying to decide if we liked it or not. I’m still not sure if I have a proper answer to that question. Strip it down to its undies and it’s still just a throwaway drinking song about doing nothing—a favorite subject for those that sup at the trough of corporate radio. But like so much of the Brothers Osborne’s music, it’s the way they deliver it that gives it a freshness, and doesn’t make you feel stupid for listening.

Composed of brothers T.J. (lead singer and guitar), and John (lead guitar, banjo, etc.), Brothers Osborne released an EP back in September of 2014, and it began to appear that the brothers could become yet another victim of the endless delays for full-length album releases that have plagued projects up and down Music Row. But then the brothers were able to put together the key ingredient to winning a release date: a successful lead single.

“Stay A Little Longer” was released nearly a year ago now, yet its slow and steady climb to success paid off right as Pawn Shop was getting ready to be released. It peaked in the Top 5 on both the Country Airplay and Hot Songs charts from Billboard, and the upswing allowed for Pawn Shop to be green-lighted. “Stay A Little Longer” is a good example of what you can expect from Pawn Shop: much more roots rock than country—a chip off the Eric Church block so to speak (both are produced by Jay Joyce). And the song shows at least an attention to artistry and originality. The single version of “Stay A Little Longer” is much shorter than the 5:35 album version, but the song reminds you that sometimes melodies and stories take time to develop, and you just can’t always craft the proper amount of tension and resolution in 2 1/2 minutes. 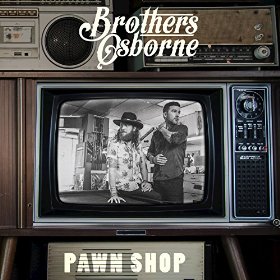 Pawn Shop also has some songs that leave something to be desired. The nostalgic “21 Summer” with its Mike & The Mechanics production makes for a quick punch-out, and “American Crazy” instantly reminds one of Toby Keith’s failed song “Drunk Americans” by employing a pretty gimmicky and formulaic approach to what tries to pass itself off as smart writing.

But bad songs are more the exception, not the rule with this one. The opening track “Dirt Rich” is a little silly, yet it’s easy to cheer for a song proclaiming the virtues of being happy where you are in life above being obsessed with compiling personal wealth and possessions. The title track might be easy to rib as superfluous fluff that doesn’t really say anything, but it’s a fun listen, and displays plenty of wit in the lyricism.

“Greener Pastures” tries to arouse the Outlaw era of country, and does a fairly admirable job of it. I don’t know if Pawn Shop has as much of a throwback vibe as the Brothers Osborne set out to adhere to the recording tape, but there’s just enough old-school sweat in the end result to keep things interesting. “Down Home” should have probably been left to Molly Hatchet to try and cut, but “Heart Shaped Locket” was a great little gem near the end, and perhaps the album’s best with a developed story conveying sincere heartbreak.

“Loving Me Back” with guest Lee Ann Womack is not bad either, and a waltz beat is always superior for bringing out the weight of a song. The Brothers Osborne rely a lot of styling to help separate themselves from the herd, but T.J.’s bottomed-out voice is pretty near perfect for singing country songs, and efforts like “Loving Me Back” and “Heart Shaped Locket” are strong evidence for him being regarded as a top-level singer of this generation.

Even with the efforts to dirty it up and do things a little different, Pawn Shop still has the polished, calculating feel that almost every major label album release seems to be saddled with these days. And if it were the 80’s or 90’s we wouldn’t be considering this country at all. But similar to Eric Church, the Brothers Osborne have stuck to their guns of doing things a little bit differently, and a little bit better, and the result is an album that is pragmatic, generally enjoyable, and can cut across taste patters to build a consensus around it being better than most of what you hear from the mainstream.