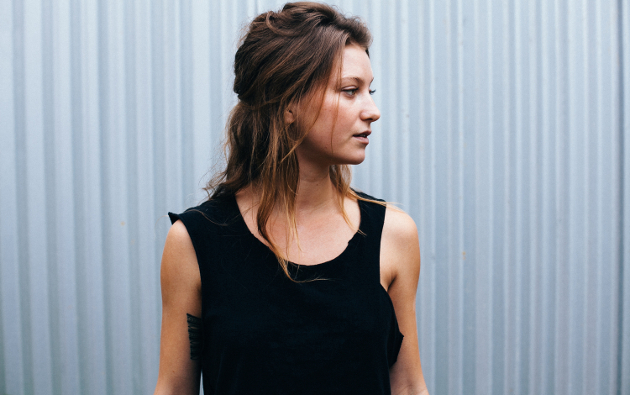 Life is a battlefield of emotions for even the most Stoic and well-adjusted among us. We seesaw between joy and sorrow, riddled with endless fear, often making brash decisions based off the naked impulsiveness of our hearts as opposed to following the rational guidance of wisdom. Even our happy spurts seems to be little more than manic episodes between our precipitous bouts of self-doubt. Add the component of love and inebriation into the mix, and it’s a wonder how we even get through it, especially in early adulthood.

Where much of popular music looks to offer an escape or distraction from the emotional roller coaster we all experience in life, country music takes the alternate path of indulging our minds in this depressive state, not to pile on the misery, but to assure us we’re not alone in our emotional battles. We find company among the brokenhearted and down of spirit in shared commiseration. It assures us that we all struggle, we all feel pain, we all find ourselves in moments of self-loathing and remorseful reflection.

It’s not just the words, but the music of Carson McHone’s Carousel that help create an audio illustration of this emotional battlefield that it’s haunting at times in how well it mirrors our own experiences. Like a carnival ride spinning us around, we do our best to hold on, sometimes coming through the harrowing experiences and even enjoying the ride, while at other times our sweaty palms lose their grip, and we get thrown to the side while life goes spinning past without us.

“My broken heart won’t play gentle with my mind
Every night I find myself thinking of you
But I’m only playing games
I pit my heart against my brain
And every time I lose” . . .  Carson McHone sings 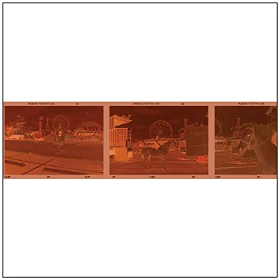 Some refer to the music scene in Austin, TX as the “velvet handcuffs.” Despite containing some of the most impressive musical talent in the world, it’s uncommon for the city to launch an artist or band onto the national scene, especially when considering the per capita population and talent distribution throughout the region. It gets easy to play nightly shows somewhere across town, and lose touch with how the audience for good music extends well beyond the “Live Music Capital” being encroached upon by gentrification more every minute.

Carson McHone, despite her age, has paid her fair share of dues in the Austin scene, from singing for two steppers at the White Horse on the east side before she was even able to legally drink, to playing those sometimes brutal residencies up north of campus at the Hole in the Wall where the only audience is a row of empty barstools. Like many Austin musicians, she doesn’t really fit in anywhere else. To some she’s known as Austin’s up-and-coming honky tonk chanteuse. To others she’s that strange girl seen riding a horse down the overcrowded Austin streets—her frontiersman-like countenance contrasting against the impinging concrete.

McHone’s experiences in the Austin honky tonks have forged a seasoned songwriter with a perspective and wisdom beyond her years, while battling for set times on crowded stages has refined her understanding of music and performance. Some of the songs on Carousel were featured on a previous release, including some of the album’s best, such as “Gentle,” and “Dram Shop Gal,” and “Goodluck Man.” But this record is Carson McHone’s attempt at establishing a national narrative around her music as she begins to tour more outside of Texas. This is her opportunity to slip out of the “velvet handcuffs” of Austin, and create a wider recognition for herself. Carousel is worthy of that charge.

Though some of the chatter surrounding this album is how it’s Carson straying a bit from her honky tonk roots, a full listen reassures the country listener this is not the case, with plenty of moments to delve into heartbreak, with the moan of a steel guitar squeezing the emotion from the story and melody. That said, McHone is not inhibited by feeling like she needs to keep the two-steppers moving with this studio effort. The dark-hued “Dram Shop Gal,” or the tear-soaked piano ballad “How ‘Bout It,” or the powerful love sonnet called the “Spider Song” add an artistic touch to the record, without souring the country vibe.

Established fans of Carson McHone may be a little confounded that some of this material has been heard before, and this is a fair concern. But they should also understand this is the moment for them to share their fandom with Carson outside the confines of the Austin scene. Carson also has a tendency to cut her notes a little short when singing in the studio—not always letting the emotion of a line develop. A little more follow through might make certain moments punch more than others, while she could still hold on to some of the unique timing that is one of her signatures, like she exhibits on the splendid country rug cutter “Maybe They’re Just Really Good Friends.”

The last real honky tonk musician in Austin better remember to turn the lights off when they leave, and exposing raw emotion in modern music may soon label you an endangered species. But until then, Carson McHone beats back the purge of country sounds and creativity in Austin and beyond, and takes you on an emotional ride with Carousel.