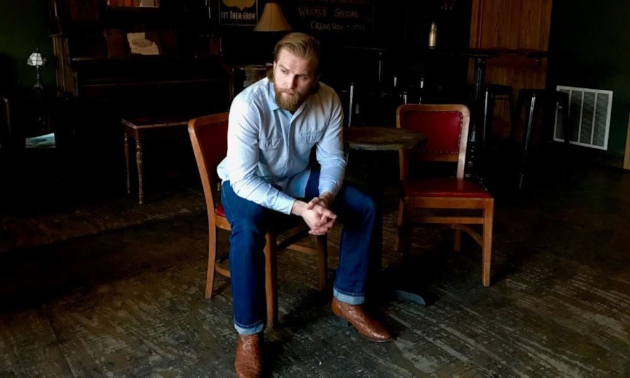 The magic that many claim to experience when they listen to music is bred in its most potent form when a compelling individual opens up about their deepest personal experiences, and their story unfolds like the consecutive pages in a long-winded narrative. Unlike a novel though, music doesn’t afford the capacity for all the bits and details of a story due to its economy of space and time. But what’s left out is where the magic of music wells from, as the listener’s imagination kicks in to fill the voids, brought to a fevered level of activity by melody, and making the story much more personal to each listener uniquely.

When you hear an artist like Charles Wesley Godwin sing, there is no need to power cycle your sense of disbelief. The sinewy roots of West Virginia’s hardscrabble existence seem to be intertwined with Godwin’s synapses and muscle tissue, almost as if he’s a construct of the land itself, like a scrub tree clinging to life on the ridge side of an especially steep holler.

We first heard the sounds and stories of Charles Wesley Godwin when he was performing with the band Union Sound Treaty. Similar to when you first heard Sturgill Simpson in his initial band Sunday Valley, you got the sense that there was something deeper to this individual. His voice and songs gave you a shiver of anticipation and excitement, knowing this might be an artist who will be giving of their creative bounty for years to come. Charles Wesley Godwin had “it” as some like to say when words fail to grasp the gravity one feels when a song or story hits you just right, and as a new discovery, Goodwin had ample years with which to cultivate “it” within the musical medium.

But unlike early Sturgill Simpson, or Tyler Childers and Colter Wall later down the timeline, Charles Wesley Godwin doesn’t just give you hints and allegations of life taken from the region that birthed both his body and his music. He goes even deeper down, imprinting virtually every expression with his West Virginia experience to the point where you feel like you’re witnessing an Appalachian epic unfold as the 12 songs of his debut album transpire. 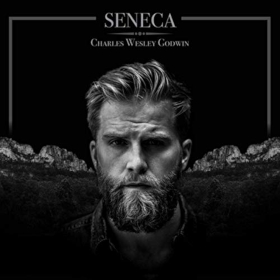 Seneca is the name of this project, as well as a 20-mile creek that feeds into the Potomac in Pendleton County. And though you may want to stop short of calling it concept record, Seneca certainly encapsulates the West Virginia experience in a capacity where all the songs work greater than the sum of their parts, and impart both a love and history of the region along economic, geographic, familial, and romantic lines for Godwin personally. It is a love letter to West Virginia and the bloodlines from whence he came, and that sense of everlasting love and appreciation is something everyone can relate to, regardless of the setting of their own personal stories.

Godwin’s singing is natural and effortless due to the intimacy he has with the subject matter, but he’s also simply gifted with a compelling tone, a slight warble for texture, and the years long experience that so many country and roots artists receive while growing up in West Virginia where music remains such a valued priority in hearth and home.

Seneca is a country record undoubtedly, but more than anything it is a songwriters record, with the stories and songcraft at the center of attention, and with elements of folk and hints of bluegrass also included, as any project that professes to be steeped in West Virginia lore should boast. The songwriter’s style may also limit a bit of the audience for Seneca, because many of the songs take undivided attention to appreciate to their greatest capacity. These aren’t groove jams or ditties for the drive home, they’re songs to settle in with on a Sunday afternoon with a vinyl copy, though “Hardwood Floors” and some other songs will get you burying your boot heel in the planks nonetheless. It’s a thoughtful record that delivers its joy through earnest storytelling.

Just like Sturgill Simpson, Tyler Childers, and others from the depressed regions of Kentucky and West Virginia who took those inspirations to large crowds across the country, Charles Wesley Godwin’s stories are forged through the authenticity of a local experience, but are worthy of being enjoyed by a national and international audience.