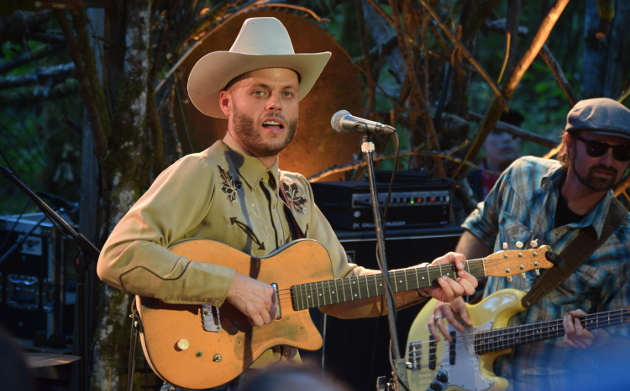 When it comes to the roots of American music and how they all intertwine and mingle into a vast tapestry of sonic possibilities, you can speak extemporaneously about how it all fits together and hope you’re right, or you can quickly get bogged down in over-intellectualized minutia about origins and ethnicities, and run the risk of sapping the joy and mystery out of the music. Or, you can put on a record from Texas native Charley Crockett and have it all illustrated right there in front of you in a lushness that makes you not just understand the similarities between country, blues, soul, and boogie woogie, but feel it deep in your musical marrow.

Part African American, part Jewish, and a direct descendant of Davy, Charley Crockett was raised for a time in the south Texas town of San Benito right near the Texas border, then in Dallas where the blues reign supreme, and spent even more time in Louisiana with his uncle, making Charley Crockett a jambalaya of influences that somehow fit together harmoniously into a sound that feels borrowed from everywhere, but distinctly his own. Years spent busking in various part of the United States and beyond instilled him with a natural showmanship and gave rise to real-life experiences to share in his songs, making him one of the most entertaining guys out there on the road.

Charley Crockett’s latest record The Valley almost didn’t get made. After going to the doctor seeking routine hernia surgery, he found out about a life-threatening heart condition that required risky surgery. Not knowing if he would survive, Crockett set out to write and record The Valley, which he concluded just a week before going under the knife. Everything worked out fine, but if it hadn’t, Crockett’s story, and his unique combination of country and roots influences would at least be chronicled in this work. Dead or alive, the urgency and importance with which he approached these recording sessions is enshrined in the results. 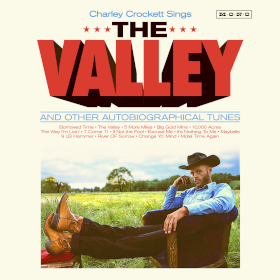 Like the early masters of Americana music, whether it’s Hank Williams or Robert Johnson, Charley Crockett says so much with so little, and makes you feel a lot. “10,000 acres of lonesome…” he croons at the beginning of one of the numerous honky tonk songs from the record, and no more needs to be said for you to get swept up into the emotion of the song. The rockabilly style of the autobiographical “The Way I’m Livin’ (Santa Rosa)” puts you right into Crockett’s restless, ramblin’ bones. It’s the simplicity and effortlessness of the poetry that makes Charley Crockett’s version of country so potent, not wild turns of involved vocabulary and double entendres. It’s folksy, endearing, and easy to warm to.

The music of Charley Crockett is naturally spicy. Where some artists are forced to veer out of their comfort zones to keep from sounding the same on each track, or come across as less than genuine when they try their hand at different styles, Charley Crockett can swerve between different music modes with a smoothness and authority due to his years of practice and study of it all. These are not just country or blues songs. They’re Charley Crockett songs, and every early roots genre wants to lay claim to them as their own because he’s just so damn good at it.

Along with being quickly appealing, Charley Crockett is also prolific. Beyond the 15 tracks of The Valley, he released another 12-track album in 2018 called Lonesome As a Shadow. He’s also released two covers albums recently—the 15-track Honky Tonk Jubilee in 2017, and the 16-track Blue Bonanza in late 2018. For Charley Crockett fans, the gifts keep coming, but a few of the 15 songs on The Valley feel a little undercooked, including the title track where some of the lines seem like they’re written to rhyme as opposed to emote a feeling. 10 or 12 songs would have probably sufficed for the record, though it’s good he didn’t touch his collaboration with Evan Felker on “Borrowed Time,” or the Bobby Bare / Johnny Paycheck cover “Motel Time Again.”

The music of Charley Crockett takes you back to a time and place when country rubbed up against other genres in a good way, and no matter what type of music you ran across, it included that touch of human emotion that didn’t get hung up in the cogs of the machines stamping out music as commercial product.

Charley Crockett isn’t the next guy to rattle the cage of popular country. He’s a preservationist, helping to keep the roots of American music alive so that others in the present and future can be enveloped by their influence, and nurtured through their inspiration. He’s a living, breathing embodiment of those American roots like they’re springing from the ground and singing out in all their vibrancy to the struggles and joys we all face, and always have, and always will.

Purchase The Valley from Charley Crockett

Purchase The Valley from Amazon