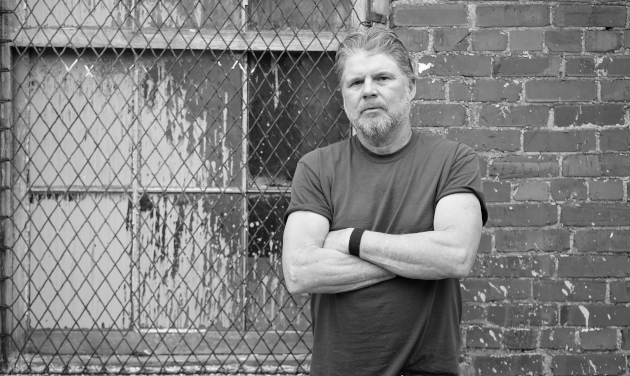 People like to refer to Kentucky-based country music artists like Tyler Childers as the pinnacle of authenticity in today’s country. Recently Childers spoke at length about why he chose not to move to Nashville to further his career and instead stayed behind in Kentucky. He said it was because you can’t write country songs if you’re not in the country, and that hanging around the old codgers with their turns of phrases and nuances of speaking is the way to soak that real world experience up and bake it into your songs.

Chris Knight is just the kind of salt-of-the-earth guy Tyler Childers is speaking of. While the new generation of Kentucky songwriters like Tyler Childers and Sturgill Simpson are out there cursing the industry, this Slaughters, Kentucky-native is cursing at his lawnmower that won’t start, re-shingling the shed, and writing songs at his kitchen table with calloused hands when he can find the time between honey-do’s and tour dates. Chris Knight’s music career has been kind of a beautiful accident. He didn’t even sign his first label deal until he was 37 after working in the mining industry for years, and rattling off songs when he could. If you want the real deal wisdom and perspective of middle America, you go strait to the source. And for artists like Randy Travis, John Anderson, and Lee Ann Womack, and for thousands of loyal fans over the years, that source has been Chris Knight.

Never has wisdom sounded so simple, and truth rung so true as it does in a Chris Knight song. In his sharp Kentucky accent and plainspoken language, this anti-star can impart learning on the level of the Dalai Lama if you listen. If you were worried he’d lose his fastball from waiting a full seven years since his last studio album, you misspent some grey hairs. Almost Daylight is just another Chris Knight record, which means a menu offering of meaningful songs that draw upon setting with severe cunning and insight, and establish character in a manner other major song smiths only wish they could master. 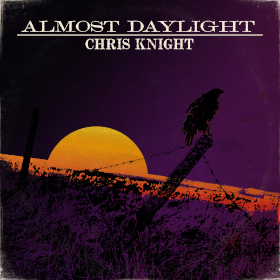 Chris Knight makes you realize things about the common struggles and simple pleasures of life that would have otherwise passed you by. He can turn the trite and obvious into moments of magic and epiphany that reset your entire perspective on the world, all while relying on the most colloquial of vocabulary as his medium. An entire catalog of self-help material can’t help motivate and embolden your worn down spirit as much as the message in his song “Go On.” This hole we’ve dug for ourselves with all this left and right stuff is so deep we can’t even see over the edge to the eternal truths of life, but Chris Knight’s “The Damn Truth” brings it all back into perspective for everyone.

There’s love songs, and then there’s Chris Knight’s version of “Flesh & Blood” written by Johnny Cash, which puts the most complicated of human emotions into the simplest of terms. “Everybody’s Lonely Now” is darn near a perfect experiment into shared commiseration. You can’t help but be a changed person coming off the tail end of a Chris Knight record.

Though he had us a little worried that his voice had deteriorated significantly when we heard the first song from this record, “I’m William Callahan,” this might have been more about him working to evoke character, which he does better than most. Chris Knight’s singing has never been the reason you bend your ear towards him, but who gives a shit? It’s beautifully imperfect and full of character, like your grandpa’s old weathered face. The sound of a Chris Knight song has never been anything special either, and the same holds true for the songs of Almost Daylight. They set some mics and amps up in the studio, string the 1/4 inchers and XLRs into the board, and get it done. It’s not exactly country, but it’s too cool to burden with the title “Americana.” It’s just Chris Knight, and you shut up and listen to what he’s saying.

John Prine joins Chris Knight for the final song on the record, a cover of Prine’s “Mexican Home.” It’s a full circle moment for Chris, seeing how he started his musical pursuits as a teenager learning every John Prine song he could get his hands on—not a surprise since Prine turned to Kentucky for subject matter on a few occasions. These two old coots sound terrible together, yet you love every minute of it, and can’t help but hear their grins coming through the signals.

It’s uncanny how Chris Knight takes such simple notions, and turns them into exaltations for the common man, their common struggles, and imparts solutions to everyday dilemmas. He’s the headwaters of erudite knowledge served in plainspoken terms that all other country songwriters seek. Almost Daylight is a roadmap to find them; a textbook into their truths. But even the most studious will still be pupils, while Chris Knight proves once again he’s the master.