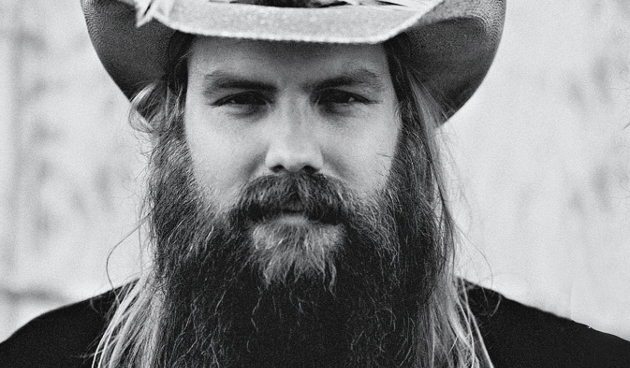 The biggest adversity to independent music is success. Independent fans score higher grades in so many categories compared to their mainstream and passive listening counterparts, but their one failing is their need for a sense of exclusivity. As soon as something they like becomes popular, it no longer seems to have the same magic. One of the joys about being an independent fan is the ownership one can feel in an artist’s career. Since you discovered an artist despite their obscurity, since you played a role in their ascent and success, there’s a sense of ownership there you just don’t feel when you find an artist from a #1 single on the radio.

For years before Chris Stapleton released his landmark, breakout, massively-successful debut album Traveller, the people paying attention to the up-and-coming ranks in country music were already well aware of the name. Bluegrass fans had respect for Stapleton from his work with the SteelDrivers. Southern Rock fans found him through his efforts with The Jompson Brothers. And even the tallest reaches of the mainstream country music industry were well aware of Stapleton after seeing his name in the credits of hugely-successful radio singles. There was barely a sector of the country music world that was untouched by Stapleton in some way, yet he still remained obscure enough to still be cool.

It wasn’t any of those early career pursuits that put him on the radar of those who love to pontificate about who could be the next artist to take country music by storm. That came from Stapleton’s solo work, sometimes just with him and a guitar on stage, at Country Radio Seminar conventions in Nashville, or other small showcases around town. The people that saw and heard him spoke of his incredible voice, and knew if he was just given a chance, it could be big. Yet for years, Stapleton’s long-rumored solo release remained more myth than reality; the whole time the anticipation and lore building behind his name only growing.

When Stapleton’s debut finally arrived, it immediately became a critical favorite. People just didn’t know you could sing like that in country music. And the songs were quality, the production was simple, but seemingly perfect for Stapleton, and the table seemed to be set for Chris to become the Jason Isbell or Sturgill Simpson of the mainstream—someone who would never find major commercial success, but would be sort of an obscure superstar for those in-the-know. And then the unthinkable happened.

One theory often asserted by Saving Country Music is that if you just give quality music the same opportunity as the commercial stuff, it will succeed and best the mainstream dreck. And that’s what Stapleton proved in a historic way when he took the stage with Justin Timberlake at the 2015 CMA Awards, and swept the major categories. It was a moment that country fans may only see a few times in their entire lifetimes, where an indelible mark is etched into the country timeline, and everything afterwards will be affected by that moment in some way.

And while the mainstream gobbled up Traveller to the tune of now selling some 2 million copies, and still the momentum continues 1 1/2 years after the breakout event occurred, all of a sudden independent fans started asking just how country was Chris Stapleton, or is he really an R&B singer in a straw cowboy hat? How great are those songs, really? Or is it just a bunch of braying about whiskey?

What made Stapleton so unique, and what resonated with the masses so magnificently is how he brought an incredibly soulful voice to country music, and found a style that complimented it. We are living in the age of the song, but we are also living in the age of the voice. It’s not a coincidence that after the Chris Stapleton ascent, copycat artists began to find success on competitions like The Voice. The public wanted more. They wanted a soulful singer with country roots. It was an appetite untapped previously, but immense in appeal. And Chris Stapleton became a superstar for everyone—except for disenchanted independent fans. But the only way Stapleton would bring those naysayers around is to not sing as good, and not be as successful. And those are unfair benchmarks to put on any artist. 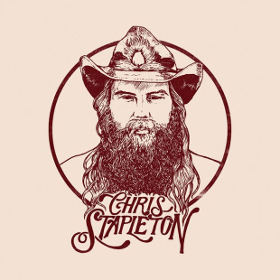 The appeal for Chris Stapleton is his voice, and that is the focus of the new From A Room: Volume 1. Moving forward with the confidence that Chris Stapleton could sing the phone book, they found nine compositions in Chris Stapleton’s vast song library that compliment his voice in separate ways. One of the biggest challenges for any singer is to write songs in a way that showcases their vocal talent and challenges their range. For Stapleton, this is his greatest asset. Though this may make old time fans of Vern Gosdin or George Jones fume, you may never hear a more better sung record in all of country music than From A Room: Volume 1.

But singing is not everything. Having a soulful voice has always been an asset to country, but it’s always been just one of many elements that comprise a good country song, or album. It will probably be enough to buy Stapleton barrels of positive ink from music critics, because he’s Chris Stapleton. Similar to Jamey Johnson’s spot in country years ago, if Stapleton releases something, the critics will swoon. And because of the attention Stapleton has earned, From A Room: Volume 1 will sell like crazy. But all of this will be in spite of scoring low on a few critical gradients when you look and listen beyond Chris Stapleton’s powerful voice.

The roll out on this record by Mercury Nashville has been nothing short of terrible. There was no lead single, the songs they released ahead of the album were just the first ones on the track list, and in sequential order, with absolutely no imagination. There was no significant promotional push. Stapleton will still do fine, because he’s Stapleton. But it will be in spite of Mercury, not because of them.

Yet From A Room: Volume 1 deserves some criticism on the production and Stapleton side. To include only nine songs, including two we’ve heard before—“Last Thing I Needed, First Thing This Morning” and “Either Way”—feels a little cheap. By the time you get this album, basically half of it has already been heard from the old songs and early releases.

And how are we supposed to keep anticipation up for Volume 2 once it comes along in a few short months? It’s incredibly hard to second guess the approach Chris Stapleton took with Traveller after the massive success it found, but there’s no new wrinkle, no new approach whatsoever from Traveller to From A Room: Volume 1 whatsoever, and we can easily assume the same will be the case for Volume 2.

As much as artists and producers can get caught chasing their own tails when it comes to wanting to break new sonic ground with albums and ultimately alienate certain parts of their fan bases, a little bit of growth or change between records feels warranted. If anything, the From A Room sessions are even more stripped back, and Dave Cobb’s simple, organic, “cut a record in two weeks” approach is beginning to show signs of weakness after successive projects. Sturgill Simpson may have been a bit ahead of that curve when he decided to go it alone with his last record.

Not taking into consideration the end result, or Stapleton’s performances, From A Room: Volume 1 just feels a little thin. And you can only anticipate Volume 2 suffering the same fate since it’s out there looming in the distance. You mind wonders what songs will be on the second installment, and if they could’ve been included here to bolster this release. This is one of the trappings or releasing records in this serial manner. You want more material, and more variety from Volume 1. Even the cover art feels mailed in and unimaginative. You just don’t sense a lot of drive coming from Stapleton. Going back and listening to Traveller after From A Room: Volume 1, the songs feel more alive.

Yet the power of Chris Stapleton’s voice overrides almost any other concern, from production approach, to songwriting, even to how “country” we should consider this album. “Last Thing I Needed, First Thing This Morning” is incredible. For anyone who says Stapleton isn’t country, just listen to “Up To No Good Livin'” and stand corrected. Yes, a song like “I Was Wrong” is way more Motown or Muscle Shoals R&B than country, but it seems unfair to Stapleton to discount him just because his singing prowess transcends genre, and must search beyond the capacity of country for compositions to compliment it. This is still roots music. It is still washed in the blood, and organic.

Though there is concern if enough music, and enough arrangement exists on this record to hold one’s attention, the two sharpest moments are the most stripped down. “Either Way” immediately rockets up the list as one of the best songs released so far in 2017. And it isn’t just from the Stapleton performance, but the compositional aptitude of the song. “Either Way” feels very personal to Stapleton—something many of the record’s other offerings fail at. The final track “Death Row” also takes a sedated moment and turns it into brilliance.

But in an album of nine songs, there’s certainly no room for filler, and that exactly what the dated and useless “Them Stems” feels like. We’re well past the ability of pot references to carry a song, and the sad, broken-hearted stories that Stapleton tries to sell you on in this record are sometimes just hard to buy as coming from his heart.

From A Room: Volume 1 lacks for a narrative that you feel Stapleton is bringing to his music from personal experience in the here and now. He sings amazing, but that’s not enough to sell songs 100% to the heart of the listener. There needs to be an honesty and truth behind them. And though there may have been that truth at one point, they don’t feel relevant to Stapleton’s current situation, and so it’s hard for them to feel relevant to the listener. These are just top selections from the Chris Stapleton decade-old library, compiled together for today’s audience.

Is this an unfair criticism of Stapleton? Perhaps, but with the elevated success comes elevated scrutiny. This is at the heart of why despite Stapleton’s success, there exists a backlash to it all among independent fans and country purists. But their criticism also is despite the incredible power of his voice, and Stapleton’s ability to marry that power almost perfectly in composition.

Stapleton saw an incredible moment at the 2015 CMA Awards. It was so incredible, we continue to live in its wake today. But since then Stapleton seems to have wasted moments to really step up and seize the throne that was waiting before him. He seems perfectly fine to settle, instead of fight. That is what won him so many friends on Music Row, who ultimately voted for him at those 2015 CMA’s. But the greatest artists never settle. And it feels like From A Room: Volume 1 is Stapleton settling on a sound, on an approach, on not getting the proper resources from his label, and on what worked in the past.

It just happens to be that Chris Stapleton can fall out of bed and still out sing any male country artist, and many artists beyond country, and knows how a write a song to prove it. And this just might be enough to continue the wave of momentum he’s been swept up in, despite everything else.