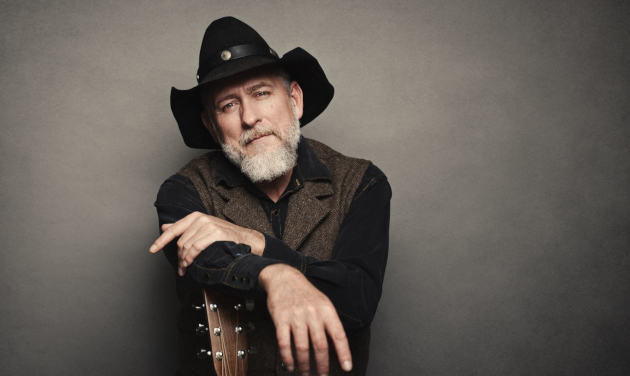 Time was when bards and troubadours traveled between towns and hamlets, spinning tales accrued from their own conquests or the stories they would hear from characters they met on the road, perhaps innocently embellishing the details a little for enhanced value to the audience if needed, at a time when the only type of entertainment we had was each other, and the only illustrations were the ones your mind could conjure via the expertise of the storyteller.

The singer/songwriter is the extension of this ancient occupation carried forward into the modern era. They can’t rely on loud guitars and light shows to convey their entertainment value, they must compel you to listen. Some honky tonkers and folk rockers love to list singer/songwriter on their resume sheet, but that’s only because they wish they could write songs as good as the true troubadours and singer/songwriters the likes of Chuck Hawthorne. 21 years in the Marines, including tours of duty aboard ships at sea, Chuck Hawthorne has heard and seen it all, and spent a lifetime waiting to tell others all about it.

It was a moment of chance that resulted in the Austin-based and recently retired Marine going from an aspiring solo performer to a songwriter of national interest. Discovered by award-winning Canadian performer Ray Bonneville at the Chicago airport while Chuck was sitting next to his guitar case, Bonneville was so impressed with Hawthorne’s songs, he decided to produce his debut record Silver Line from 2015. No sophomore slump accompanies his 2019 effort, Fire Out Of Stone, produced this time by fellow Austin Songwriter Walt Wilkins, and Jumping Dog Studio owner Ron Flynt. 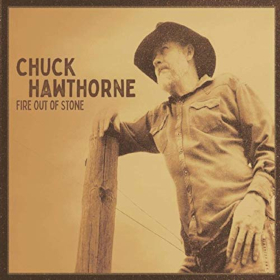 Chuck Hawthorne writes songs for you to lose yourself in, with lush characters you feel like you’ve known your whole life, dropped into scenes you can see and smell and touch, with all the little artifacts of life and references in the writing at or near perfect. From the best years for vintage motorcycles to the sacred rites of Native American traditions, it’s that lived-in feel of a Chuck Hawthorne song that makes it special. His use of plain-spoken phrases is cunning and brilliant, yet accessible. Being able to refer to something as “Broken Good” as a term of endearment is not just a skill, it’s a art form, and one Chuck Hawthorne has his hands around.

Fire Out Of Stone is a classical singer/songwriter record, with sometimes sparse arrangements letting the story swell to the forefront, but with the Austin-based approach of the record, it’s has enough country and roots texturing to draw fans in. Ray Bonneville adds some pretty incredible broken down and dirty harmonica on the record. A little steel guitar and dobro can be heard from Geoff Queen, and fiddle from Marian Brackney. Walt Wilkins adds his own guitar parts and some tasteful percussion in moments. And fellow songwriter Libby Koch really helps bring some of the best songs on the record to life with her harmonies on “Amarillo Wind” and “I Will Fight No More Forever.”

But this is a singer/songwriter record, and it’s the words, not the music that compels you to lean in and listen intently. Some of the more compelling and accessible tunes come in the second half of the record, so this one deserves subsequent listens before any hard conclusions are settled upon, and perhaps it will lack some of the energy certain listeners are looking for in a record. But Chuck Hawthorne has this warm spirit to his approach that compels you, similar to the look and sound of Don Williams, with that imposing first impression chased with a gentleness and wisdom that draws you in.

Fire Out Of Stone was inspired in part by the death by revered songwriter Richard Dobson in 2017. Chuck Hawthorne writes all the songs on Fire Out Of Stone except the final one, “I Will Fight No More Forever,” which was written by Dobson. The song offers the perfect capstone to the career of a songwriter moments from his last breath, or a retired Marine who has laid his rifle down in favor of a pen and a guitar.

Not just listening, but losing yourself in the stories of singer/songwriters who have that uncanny ability to put you in the shoes of characters, or in the landscapes of moments, is what every true music fan lives for. And it’s that skill and that gift that Chuck Hawthorne possesses, illustrated in Fire Out Of Stone.

Purchase Fire Out Of Stone from Chuck Hawthorne

Purchase Fire Out Of Stone from Amazon