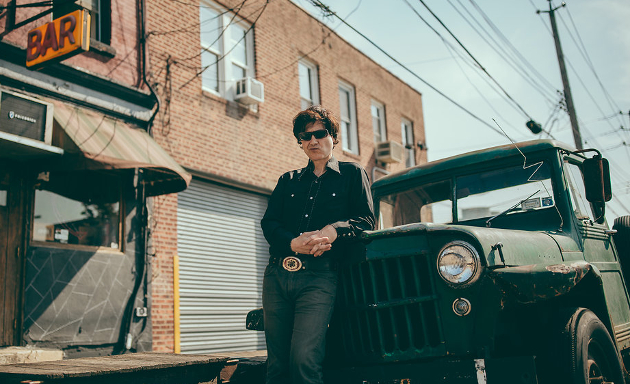 Hot damn. I don’t know who the hell Cliff Westfall is or where he’s been hiding out for so many years, but he just released a hot shit country record that will whip the pants off of most others released this year and many from years prior, and get you making room on your list of favorite artists. Called Baby You Win, it’s a self-released project with all but one of the songs solo written by Westfall himself, and it includes some of the sharpest and true country music material you can latch your ears onto, and enough twangy lead guitar and a little bit of old school Chuck Berry boogie to get you feeling right.

One thing I do know is Cliff Westfall is originally from Kentucky—Owensboro to be exact—and no locale is growing country music savants right now like the Bluegrass State. But he’s been hiding out in Brooklyn for many years, which for those familiar with the New York burb and artists like Zephaniah Ohora, The Brother Brothers, and the scene surrounding the Skinny Dennis honky tonk, they know Brooklyn has become a unexpected bastion of badass country itself, and Cliff Westfall is further evidence of this emerging trend.

You will not be able to get enough of Baby You Win, and it will continue to impress you at every turn. It starts off with the songs, which one after another work in that intelligently simple way all great classic country songs do. Pining to be somebody’s someone special as a stop gap in “Till The Right One Comes Along,” or competing with a younger version of yourself in “The Man I Used To Be” is the type of sardonic and heartbreakingly true-to-life stories that nearly everyone with a pulse and a penchant to fall for the simple poetry of country music will immediately find favor with. 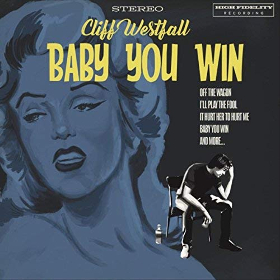 Baby You Win is also masterfully produced and performed. Bryce Goggin, who is known for working with The Ramones and Phish, helms the project, and assembles an A-Team of musicians including co-producer and guitar player Scott Metzger, Graham Norwood of Shooter Jennings and Phil Lesh fame, Dan Iead known for working with Norah Jones and Valerie June, and Charlie Giordano from the E Street Band. That may not sound like you’re typical assemblage of traditional country talent, but the lead guitar parts indicative of top notch 70’s country twang from Don Rich and Dwight Yoakam projects do battle with the songs for the reason to fall in love with this record.

Ultimately though, the songs may win out. The stories are classic, but Cliff Westfall makes them feel fresh by putting a spin on the perspective from where the heartbreak is portrayed. In the opening song “It Hurt Her to Hurt Me,” Westfall feels bad for making his lover have to break his heart. Self-deception as a way to stave off loneliness is at the core of “I’ll Play The Fool” and “A Lie If You Must.” Baby You Win feels like a classic breakup record, but in a weird way where Westfall’s underpinning sense of humor is a vehicle to describe very unhumorous scenarios of human heartbreak.

Baby You Win is also a “cool” record for a lack of a better way to say it, and not just because there’s a couple of the drug-laced tunes on it—“Off The Wagon” and “The Odds Were Good”—which battle for some of the best material on the record. It captures a good energy and entertaining vibe. It stimulates the mind and shakes the legs, and is indicative of the style of throwback country that’s really hot in east Nashville and Southern California at the moment, but frankly this is done better and not burdened by bad-sounding recordings. Everything here is crisp and tight, with no fat to trim, and no song to second guess.

Maybe this is one of those records that a musician had their entire life to write and will never be able to be duplicated in stature. But what Cliff Westfall has here is something well worth listening to, and probably will be for many years to come.

Purchase Baby You Win from Amazon