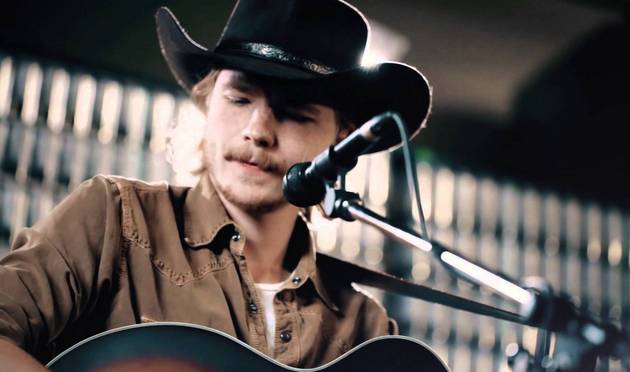 There are many who fancy that they have the calling to make country music in their blood. There’s far fewer who actually do. And then there’s some whose entire fabric seems to have coalesced into a human form for the sole purpose of being a vessel for country music to emanate from, and they couldn’t avoid the vocation if they tried. Colter Wall probably falls somewhere close to that latter category.

There sure are a lot of pretty singers in country music these days, but they don’t always have the power to evoke the spirits and sorrows of those who dwelled in rural landscapes and rugged terrains of the past. Johnny Cash had that power, and Merle Haggard is touched in that way, where they open their mouths and it’s as if ghosts come flying out in frayed regalia, soaring low above the crowd to bring past lives and past troubles straight to the forefront of the consciousness until their presence is as palpable as if they were still living in the present day and standing right in front of you.

A voice which is bolstered by such aforementioned attributes is one thing. When this process is aided by evocative narratives that awaken what feel like true to life characters in the mind of the beholder because of the richness of language, the experience is even that much more immersive. That’s what one experiences in audience of Imaginary Appalachia. 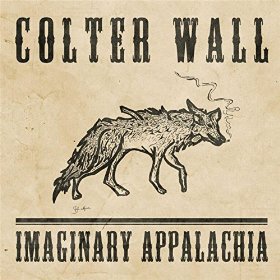 Once again the great frozen north has birthed an artist that is more gifted in the native tongue of the American South and West than many of the music’s indigenous-dwelling performers. But when you’re origination point is a remote location by the name of “Swift Current” and is surrounded by the wild prarie of Saskatchewan, your claim to the music of the country is as valid as anyone’s, if not more.

Like a crusty old bard who pulls his pack mule up to the front of a frontier saloon, or a trapper who parks a sleigh packed with pelts and trinkets to trade in front of a warm inn, walking in the door to earn a meal and respite by sewing tales and entertaining locals for the coins they throw, Colter Wall bends to the task of timeless storytelling, squinting his eyes as he sings like the exit of the stories is so heartfelt it’s painful, and hopes enough will listen to justify the effort. His music is much older than his age, and whether it’s a tender love story, or a torrid murder tale, each story is delivered with care.

Colter Wall and the stories of Imaginary Appalachia find the bleakness of life that first gave rise to country music in its primitive, early forms. A song like “Caroline” is both sweet and tragic, while the unrepentant tone of “Ballad of a Law Abiding Sophisticate” has all the blood of “Folsom Prison,” without an ounce of the regret, making the result that much sinister. Colter Wall is a master of mood, and his voice and image fits the part with eerie perfection. The coldness of “Living on the Sand” and Townes Van Zandt’s “Nothin'” is bone penetrating.

But it does still feel a little early for Mr. Wall. Does he want to be another Lincoln Durham or Shakey Graves with his bass drum rig sitting behind his boot heel and songs intended to haunt? Because that could make him just one of many. Or does he choose to hone in more on his singing, which could hold a career on its own? Or does he choose to try and take his songwriting to the transcendental level? Perhaps he can choose all three, and that’s what he tries to do in Imaginary Appalachia, but it’s rare that you can be all things to all people, especially when the appeal of those things can be quite niche. Right now his style precedes his songs. And though the style is great, the songs are better.

No matter, what is certain is that Colter Wall has that something that makes ordinary men into extraordinary country music artists—that unsettled, deep seated fire behind the eyes. Much is still to be determined, and at only seven songs, Imaginary Appalachia only gives you a strong taste, with the full breadth of Colter Wall to be revealed in the future. One things for certain, I will sure be paying attention.