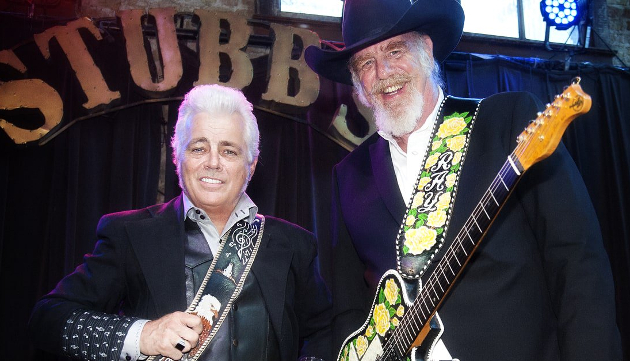 It was bound to happen at some point. It’s almost strange it took so long. Two guys who have long called Austin, TX their main haunt, and who have made careers out of steadfastly sticking to their guns in their particular styles of country music, be damned of the financial ramifications, what fleeting trends come and go, or what Nashville thinks of it all, joining forces on a duets record where their twin baritone voices are allowed to flourish in a tandem of traditional country greatness.

Though country traditionalist Dale Watson, and Western Swing ringleader and frontman for Asleep at the Wheel Ray Benson have certainly been crossing paths for many years in Texas and beyond, it’s just been in the last few years where a true friendship has clearly emerged. In 2014, Dale Watson started his Ameripolitan genre and awards, and one of the first distinctions he chose to dole out was for the best Western Swing proprietors of our time. Ray Benson, the current caretaker of the Western Swing sub-genre, didn’t have to be sold on the idea. In 2016, Ray Benson became the Master of Ceremonies for the annual Ameripolitan Awards held every February in Austin, and a working collaboration and close friendship ensued.

Dale & Ray do still make a little bit of an odd couple though. Dale Watson is not sawed off or anything, but he’s slightly shorter of stature. Ray Benson on the other hand is a mountain of a man. Ray comes from the dope-smoking “cowboys and hippies” generation of early Austin music, while Dale Watson has always played it pretty straight laced. But sometimes it’s the odd couple that fits perfectly together, and the duo plays off both their musical similarities and cultural differences in the slightly humorous title track of this ten track collaboration, which started as a stage gag for the Ameripolitan Awards, and slowly morphed into the idea for this album. 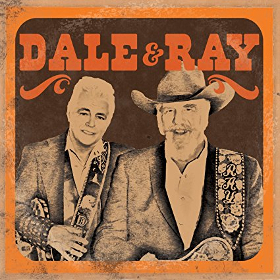 Humor, and a love for traditional country are the recurring themes of Dale & Ray. The duo pays homage to the recently-passed Merle Haggard in the second song on the album, “Feelin’ Haggard,” and they eulogize their love for Buck Owens on “Cryin’ for Cryin’ Time Again” referencing the old Bakersfield B-side standard. The humor emerges in songs like “Bus’ Breakdown,” which is a fast-paced tune similar to one you may be used to hearing on one of Dale’s Truckin’ Sessions installments, and the Western Swing-structured “Nobody’s Ever Down in Texas.” Dale & Ray definitely has a playful, lighthearted feel to it, punctuated by the well-written and timely “Forget About Tomorrow Today.”

With the talent of Dale Watson’s ultra-tight touring trio, and the extended family of musicians comprising the main lineup and auxiliary of Asleep at the Wheel, you knew the musicianship of Dale & Ray would be spot on. The duo also chooses to record a couple of covers—The Louvin Brothers’ “I Wish You Knew,” and Willie Nelson’s “Write Your Own Songs,” which is a little awkward when you get to the lines chastising country’s traditionalists, which folks like Dale & Ray—who’ve both been outspoken about the quality and direction today’s country—comprise for this generation.

The folly of Dale & Ray would be to take it too seriously. This isn’t two titans of traditional country coming together to bring Nashville to its knees. It’s two guys who like to kid each other and have a good time chumming around in the studio for the enjoyment of themselves and whomever chooses to listen in. In that respect, some of the songwriting is a little cheesy and cliche, especially in the first two songs. And though a few of the other selections rise above your average side project fare, you do get a sense Dale & Ray saved some of their best material for upcoming main projects.

Now that so many titans of country music have left us, especially in the last year, it’s up to the second generation of stalwarts to keep it all moving forward. Dale Watson and Ray Benson are two men who’ve always put the music ahead of their personal goals, and though this record will probably not register at the top of either man’s musical legacy, it is fun to hear them together for the first time, and having such a good time in the process.