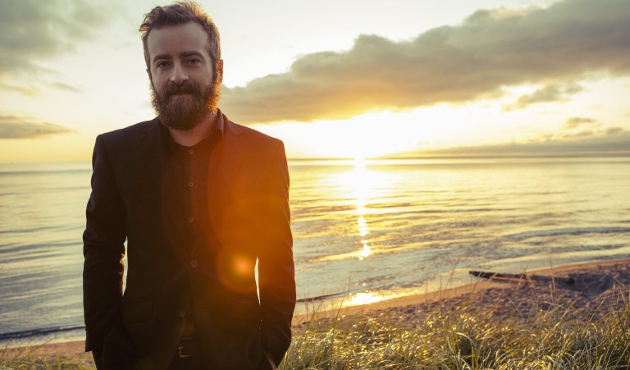 I don’t blame Dave Simonett for wanting to take some time away from what has been his main gig for 15 years as the frontman of the bluegrass-esque Trampled By Turtles. As stellar of a collective of musicians as Trampled By Turtles is, at some point the experience of a string band is going to feel limiting to someone who beyond all their other musical faculties is a songwriter first.

We saw this with Jason Isbell when he left the riff happy Drive-By Truckers, and with the respective members of the .357 String Band when they split up. We’re living in the era of the song, and no matter how good of a musician you are, or how well you can sing, what separates you from the pack is your ability to tell a story that touches the audience, and all other concerns waterfall beneath that.

Dave Simonett and friends have put together a remarkable effort here under the name Dead Man Winter, but I would be lying if I said I wasn’t a bit timid in approaching this project. Though Trampled By Turtles may be known by many for their breakneck compositions, the true fans of the band know them best for heartbreaking, slow ballads that will make even the most steeled of disposition steamy-eyed. 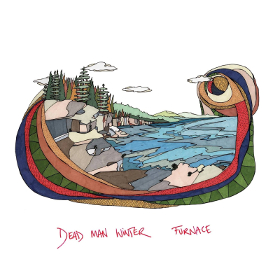 The name “Dead Man Winter,” the fact that Simonett is from frigid Minnesota, and the knowledge that Furnace was recorded at Pachyderm Studio in Cannon Falls, MN which is ostensibly a ski chalet isolated in the great frozen north makes one want to break out in shivers just from the thought of it. Add on top that Furnace is an album directly inspired by the breakup of Simonett’s 10-year marriage and his difficulty of having to leave his home and children behind, and you add a heart-wrenching backstory to freezing temperatures in a sequestered and formidable environment. The Pachyderm Studio is where Nirvana’s In Utero was recorded, and you’d be hard pressed to find a more suitable ode to human suffering. Even the name of this record “Furnace” reminded me of the famous Robert W. Service story The Cremation of Sam McGee.

Yet if you’re expecting something that’s sparse, dour, and indicative of the cold and overcast Minnesota winter, you’ll be sorely disappointed by this record. Instead what you find is almost the opposite, at least in the production and music. The songs are brisk and the melodies are amiable, almost playful at times, even if they overlay stories that are cuttingly brutal in their honest account of Dave Simonett’s personal failings and his intimate feelings about them.

Instead of the marriage of song and story, it’s almost the contrast of them—the bright and upbeat music mixed with the emotional toil of the lyric—that makes this Dead Man Winter album work. There are numerous exceptions of course, but you can’t help notice when listening to a song called “Destroyer,” which is in fact about destroying the things that are precious to you, that the song is driven by a lively, bright, almost calypso, island-style guitar rhythm.

It’s as if surrounded by such bitterness and isolation, and roiled by personal upheaval, Simonett and his cohorts decided to create their own sunshine through music instead of falling back on the cliché of minor chords and dark hues to tell sad stories. They thought outside the box to make an album that is enjoyable to hear, yet equally filled with heartache when you take the time to behold the words.

Furnace is about Simonett’s divorce, and more about Simonett’s divorce. And what is interesting is how he resists the temptation of doing anything other than blaming himself. For an album with such a singular theme inspired by a breakup, there is no true bitterness or vitriol that gets communicated, or if it is, it’s too subtle for the anger to be palpable in these songs. The music is rock or folk rock, maybe alt-country at most, maybe even pop rock at times, but the power of the songwriting and the sensible but still intelligent arrangements keep you engaged. It’s almost shocking when Dave Simonett let’s fly a swear word, which he does numerous times (usually towards himself), when the songs sound so upbeat. About the only concern is by the end of the album, it sounds like the same kernel of a melody was used on multiple songs to an attentive ear.

“Red Wing Blue Wing” is a song that’s going to be hard to wear out listening to, and though you probably wouldn’t mark Dave Simonett as a world-class singer, “Weight of the World” really works to compliment his voice, aided by arguably the album’s best written track. The final epic seven-minute ender “You Are Out Of Control” feels like a giant exhale, so that through this record and the process of making it, Dave Simonett can set aside all the past heartaches that inspired it, emerge from the self-sequestration, and start anew.

Furnace is a journey both enjoyable and unexpected, uninhibited by the limiting arrangement of acoustic music, depressing in narrative, yet hopeful through its musical expression.