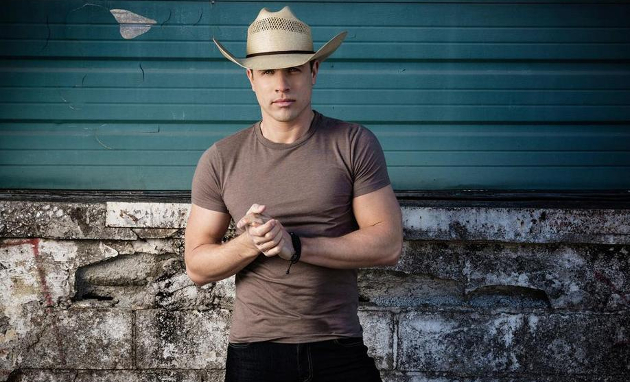 The career of Dustin Lynch is now such a catastrophic natural disaster, it is visible from space. Need a coaster to keep those unsightly water stains off your coffee table? Maybe something to shove under the leg of that tipsy table to keep it from wobbling? Shit, who are we kidding. Nobody even buys CDs anymore, so you can’t even use it for that. And it would be a waste to impress this new record from Dustin Lynch that besmirches the name of the great town of Tullahoma on anything tangible.

Oh sure, you see Dustin Lynch standing there in his cowboy hat, with a chin so chiseled it could cut granite, and song titles such as “Momma’s House,” “Old Country Song, “Country Star,” and “Little Town Livin,'” and you think maybe you stumbled upon some good old-fashioned boot scooter of a country record. But no dice. Dustin Lynch’s words say one thing, but his actions speak louder.

Granted, you’ll hear ample caterwauling of cliche country-isms in the moronic lyrical phrases of this record. There’s even talk of country legends, steel guitars, and old country songs on the radio. But the music is all pop, rap, and rock baby, nearly everything but country, almost like Dustin Lynch is playing keep-away from the genre. And each turn of phrase and song structure is so especially formulaic, you can predict where it’s going with even the most rudimentary understanding of popular music. The only thing “country music” about this record is that’s what gets curb stomped consecutively for eleven tracks while your ears start to bleed. 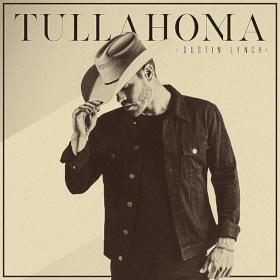 Some of the things Dustin Lynch says on this record are downright stupid. Nobody “watches” corn rows. They’re corn rows for crying out loud. He specifically mentions steel guitars multiple times, but good luck finding one aside from a passing glance. “Old Country Song” is just a downright insult to die hard country fans, finding Dustin Lynch talking about how his love is as true as rain on the roof and three chords in the truth … in an urbanized tractor rap vernacular and cadence with a drum loop droning on behind him. Lynch even has the audacity to deliver the line “Like Johnny loved some June,” like the beloved June Carter Cash was a special kind of maple syrup something.

Tullahoma goes beyond “bad.” It angers the blood. This is the caricaturist version of “country.” Even when you think you’ve found some respite when the introduction to “Little Town Livin'” kicks in with with a mournful acoustic guitar, and God forbid, a little bit of steel, this lasts for about seven seconds before Dustin Lynch starts outright white boy rapping, and you almost have to laugh it’s so bad.

You feel like a skipping record sometimes when speaking about the potential of some of these mainstream country cats that goes completely wasted on a record like Tullahoma. Yeah yeah, some of Dustin Lynch’s early stuff was great, but that only makes his effort here an even greater offense. Instead of riding the new twang wave like Jon Pardi and Luke Combs who are well ahead of Lynch at the moment, he released a record this sounds like what was hot shit seven years ago.

Dustin Lynch could have stuck to his roots and still had a solid career. His career is like an allegory of why to stay true to yourself. Sure, he’ll sell some records, and has enjoyed a surprising amount of radio hits. But his career never stuck, and he remains a third-tier opening act, and is bitter about it, actively complaining about getting passed over for awards, while still trying to sell his way out to the top at the expense of his musical soul.

Lynch doesn’t need some scathing review to know this record sucks. He’s the one that swallowed the bitter pill, knows way better about what country music is compared to the Florida Georgia Lines and Kane Browns of the world, and still cut these godawful songs.

But Tullahoma isn’t all terrible. Actually, check that. It kind of really is, even when you search for a redeemable quality to prove you’re not just being an asshole. Usually even the worst mainstream releases have a good song or two. Tullahoma, not so much.

Sorry Dustin, but this one’s a dog.