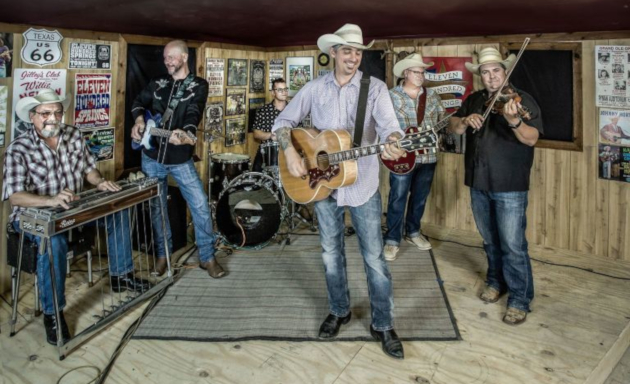 About the same time in the late 90’s when some of the biggest names in Texas country from Austin and elsewhere were really starting to sizzle, and the Red Dirt acts from Oklahoma were rearing out of Stillwater and starting to make some national noise, a little band called Eleven Hundred Springs was formed in Dallas, TX by two former bandmates of a rockabilly band: singer, guitarist, and primary songwriter Matt Hillyer, and bass player Steven Berg.

At the time, Dallas was not exactly seen as a haven for the burgeoning Texoma sound. It was the home of cover bands and The Dallas Cowboys—a halfway stop between Austin and Stillwater that was sliced a little too metropolitan for honky tonkers or country rockers. Sure, you had the Old 97’s, but they didn’t exactly fit into that scene, and The Reverend Horton Heat was a little too retro for the Texas/Red Dirt crowd. Better to be from Lubbock if you were looking for a little Texas/Red Dirt cred compared to Dallas.

But undaunted, Eleven Hundred Springs released a debut record, and launched a now legendary residency at the Dallas club called Adair’s where they recorded their second record live, and started garnering a local following from their throwback style and authentic country songs that carried a little spunk from the songwriting of Matt Hillyer. Soon everyone in the Texas honky tonk scene knew who they were, including the the fans of all the Texas and Red Dirt bands that would tour through Dallas and have Eleven Hundred Springs open or headline for them.

Over the years, Eleven Hundred Springs and Matt Hillyer would stretch their footprint beyond Dallas and Texas, but they found their calling as Dallas’s country music house band, becoming synonymous with the city, and the only right answer when someone asked who one of the coolest country bands in the DFW area were. Perhaps they were always too much of homebodys to sweat it out on the road in a manner that would make them as well known as those Texas and Red Dirt headliners. But focusing instead on cementing a legacy in Dallas has made them legendary in their own way. 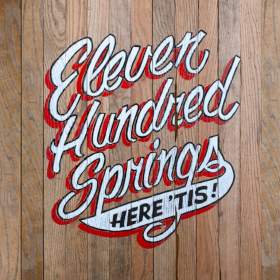 Here now over 20 years since their inception, maybe it’s fair to ask what a band like Eleven Hundred Springs has left in the tank, or what they can contribute to the greater realm of country music, if anything. Most everyone wants to talk about the next hot thing heading out on the road from Austin, Tahlequah, Tyler, or Lubbock. But the new album Here ‘Tis finds Eleven Hundred Springs exactly where they need to be—in a somewhat reflective mood after more than two decades of service time, and perhaps leaning into their authentic country sound and songs more than ever, and growing old with their music instead of leaning on their past conquests.

That’s one of the great things about true country music. It’s insulated from the wild mood swings of trends or tastes, and there will always be a honky tonk full of two-steppers ready to soak it in no matter the occasion. Like wine and cheese, country music only gets better with age. The stories become more real, the wisdom interwoven into their verses more substantial. That’s certainly what you feel in this new album’s opening track, “This Morning It Was Too Late.” How many times has something broke, or an ailment gotten out-of-hand, or a relationship ended because you assured yourself you would take care of the next day and never did? It takes a seasoned veteran of not just the local honky tonk circuit, but of life to sow these kinds of astute observations into song.

Same goes for the super smooth “Fair Weather Friend,” or the witty “Let Me Be Your Man.” You always regarded Eleven Hundred Springs as country, but they really lather it on in Here ‘Tis, making it hard to not re-rack this record numerous times and savor it. The album does have a bit of an underlying theme to it. “All Jokes Aside” sung and co-written by guitarist Chad Rueffer can be interpreted as being about the camaraderie this band has sown over time as brothers in music, while “Looking Back” very directly reflects upon the 22 years as a band, it’s ups and downs, and lack of regrets.

And despite the old school country style they pull off so well, Here ‘Tis addresses some relevant themes. “Let’s Move Out To The Country” is definitely something Dallas residents can relate to as the skyscrapers and superstructures skewer the landscape, while the same can go for residents of many cities all across the U.S. that seem to have their priorities skewed. “Nobody Cares” is the perfect comeback to the incredibly hypocritical assertion by many online commenters (including here at Saving Country Music) that profess not caring about a subject, but take the time to let their opinion be known anyway—one of many foolish notions of social media Matt Hillyer challenges in the song.

Beyond Hillyer and bassist Steven Berg, the lineup of Eleven Hundred Springs has changed a few times over the years. Chris Claridy who now picks guitar with Cody Jinks once played in the band, as did drummer Arjuna Contreras of The Reverend Horton Heat. But what Matt Hillyer and Steven Berg initially built has turned into an institution of Dallas country music.

During an era when many other musicians deemed themselves too good for the scene in Dallas, moving to Austin or somewhere else, Eleven Hundred Springs made the Dallas country scene something worth sticking around for, helped support the local dives, and made Dallas a country music city worth driving to instead of through. They never compromised, and if Here ‘Tis is any indication, they also haven’t lost their skills to date.