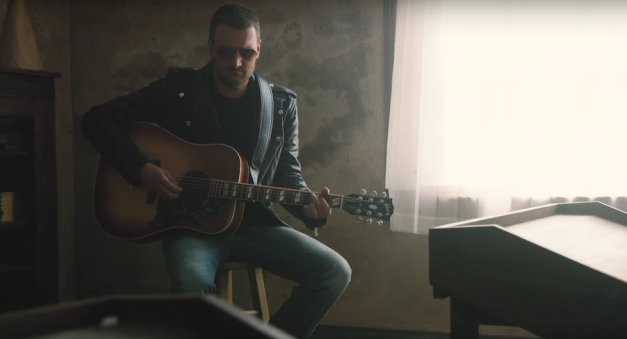 Saving Country Music has a rich, storied history when it comes to sharing opinions about Eric Church. Forget that just as much of the ink spilled for Church has been praising as it has been critical, when you’re dealing with an artist who enjoys a strong, grassroots fan base, you’re almost never going to win when you have something less than favorable to say. All sorts of machinations will be utilized to twist what are otherwise simply honest opinions shared objectively into actions of bias, systematical unfairness, and even attacks motivated by jealousy or envy.

But over the years of covering Eric Church, one thing has remained consistent: Whenever he brings the music back to just him and his guitar and lets all the polarizing choices in the production slide away, and makes the off-the-stage baggage seem a trivial sideshow, he can shine, especially when regarding him within his peer group in the mainstream.

In April of 2013 when Eric took the stage at the ACM Awards with just himself, a guitar, and soon-to-be rising Americana star Valerie June singing backup in a performance of “Like Jesus Does,” it was the most stunning moment of the entire presentation. In February of 2015 when Church’s entire crew got stomach flu and he decided to take the stage anyway and put on a completely acoustic performance (while also promising a makeup show to boot), it became the stuff of modern country legend.

Where these instances allowed Eric Church to shine, the approach to his last record The Outsiders seemed to suffocate Church’s greatest attributes by relying too much on the talents of others and superfluous audio hijinks passed off as progressiveness from an artist who appeared to be bored. Church can still go wherever a song leads him, and even indulge himself in a few moments of sonic exploration if he must to help keep things interesting for himself and the audience. But as long as it starts with his acoustic guitar and a good song, and never bounds too far away from those parameters regardless of the justifications given for self-indulgences, he can still prove himself a talent above the median.

And that’s exactly what Eric Church does in Mr. Misunderstood. 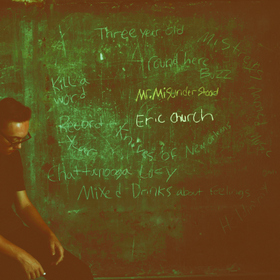 For the most part, this album is not a country effort, and so let’s just all hold hands, come to a universal consensus on this particular matter, and then sweep that issue off the table. Eric Church is an arena rock star in the country realm for better or worse, and belaboring the point at this late stage in his career, especially given country’s current trajectory, is redundant. Dock him a fair share of points for this trespass, and move on to actually considering his specific efforts simply as music.

But on this point, where The Outsiders reached towards fantasies of progressive rock and heavy metal, Mr. Misunderstood is more of the Heartland rock variety. It’s more Mellecamp and less Primus if you will, meaning that naturally there’s going to be a bit more of a rootsy, country feel in places. The Outsiders had it’s rootsy moments too, just as Mr. Misunderstood has its hard rock indulgences. But overall, the new effort is a more stripped down, sedated, and conventional project. It relies on song, chord movements, and melody structure as opposed to trying to impress you with technique, composition, or shock value.

Eric Church got back to being Eric Church. Perhaps his big Album of the Year win at the CMA’s with Chief put a chip on his shoulder, or made him feel like he had to come out with some big, sweeping project to impress everyone and outdo his previous efforts. But the greatest artists aren’t always the ones who can expand their horizons, but can instead refine what they do best, and turn even more inward, get more personal, and more vulnerable and uninhibited with sharing their innermost thoughts. And once again, this is what we find Church doing in Mr. Misunderstood.

But there are some missteps here, and the ever-present saddle that always seems to droop over mainstream music. First, the name of this album may have not been the best decision. We’re not talking about the song necessarily, just the album title. It’s a little too close to The Outsiders, and plays deftly into the hands of Church’s critics that say he’s out of the ordinary in name only, and tries too hard to portray himself as alternative when in reality he’s just an alternate version of the mainstream approach—that it’s all marketing instead of a true extension of the man. And it’s hard to not agree that these criticisms don’t touch on something that rings of truth. 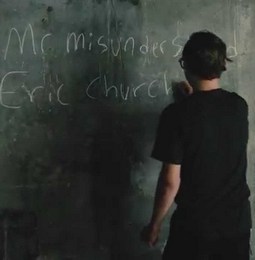 Also, the second half of the record is held back by consistently relying on either electronic drums, especially at the beginning of songs, or percussion that sounds like electronic drums, whether it’s truly a cajÃ³n, or someone behind a drum machine. I appreciate the approach of wanting to be understated, but if Church is going to make an album like this, he needs to keep it organic. It doesn’t mean that electronic beats at the beginning of one or two songs isn’t something we just have to give up the ghost on and acquiesce to happening in 2015 since it’s so prevalent, but the consistency of this approach on the back half of this record is a blemish.

But look at this simplified list of contributing musicians. For most mainstream records, this would be the scratch track crew, not the final list of credits:

Seven musicians, including Eric Church and producer Jay Joyce. That’s ridiculous. And it lead to a mostly cohesive, flowing, and live-feeling sound.

Overall, Mr. Misunderstood is a success, and it’s brought on by Eric Church emphasizing what he does best, and not giving into his sometimes hyper-driven ego, or his propensity to go off the page because of misguided notions on musical progress. Maybe this is an album constructed on a lark; almost like a side-project. We’ll have to see. But it has Eric Church once again back on the positive side of Saving Country Music’s humble opinion.

This song has a lot holding it back. Yes, it’s awesome he name drops Ray Wylie Hubbard and Jeff Tweedy, but that in itself doesn’t constitute a good song. This song borrows a lot from others for melody. It feels very Mellencamp. I don’t think the tempo changes worked as envisioned. And even though the lyrics may like to fancy themselves as “honest” or “vulnerable,” they still feel a little self-indulgent.

But even after all of that, this song still says something that resonates. Where The Outsiders was held back by some really bad decisions, Mr. Misunderstood has enough good moments that makes the moments and songs siting on the fence a little more forgivable. Overall, this title track is redeemed to acceptable, despite heavy baggage.

Start off simple. Let Eric Church capture the vibe and mood of the song. And then if you want to get crazy in the middle and go off on some instrumental flourish, it’s more acceptable, if not even entertaining and downright fetching because you’ve endeared yourself to the audience, and exposed them to the heart of the song. This is a good one.

Destined to be one of the most polarizing songs on the album, one could accuse it of chasing today’s disco country craze carried aloft by Thomas Rhett and others. The difference is this one is actually done by musicians who understand what they’re doing, and can get a little funky without feeling like awkward white guys trying to emulate a sound out of their comfort zone. Not a great song, but it grows on you. In fact, this entire album is a grower, and listeners are strongly encouraged give it a few spins before deciding. 9 times out of 10, you will find yourself liking the songs and this album more and more.

This was one I felt everything was lined up to love, including Tedeschi’s involvement and the decent line, “My figured out has never been more confused.” But the songs comes across a little flat to these ears. Not a bad song, but not an asset either.

Remember the disclaimer above about this being a rock album first? Well, okay, let’s just reinforce that, and then proclaim this song as excellent. Co-written by Church, Jeremy Spillman, and Travis Meadows, it’s a great story song, and the perfect marriage of narrative, music, and production. They got this one very right.

Meh. Bad beat at the beginning. ClichÃ© lyrics throughout, though it is a story instead of a list, but barely. Chorus gets the job done, but this is probably the 2nd or 3rd single that will do okay at radio but really doesn’t say much or capture Church at his best. There’s worse I guess.

What fucking great songwriting by Eric Church, Jeff Hyde, and Luke Dick. This is an anti-bullying song (and I HATE anti-bullying songs) that’s actually done right. This song says a lot, and gives the listener a lot to digest.

I know the production and approach is a little out there with Andrea Davidson and Rhiannon Giddens singing backup, including these rhythmic, almost synth-sounding melody lines. This song is the reason it sucks that the drums on the second half of the album are so new school, because here the production rhythm actually works, but you have to hang with it, and be really open-minded about it.  Again, multiple listens may be required to pick up on the genius here. But it’s here. Find it, and enjoy.

Again, the rhythm at the beginning holds the song back. Though the lyrics are solid, it trends toward self-ingratiating in spots. This song never really gets off the ground, but it’s fine. Harmless.

Another really well-written song. Though it gets obvious in moments, the lyrical hook really bites. The chorus is a little too saccharine in the way it rises. It doesn’t fit the overall vibe of the song as a heartbreak anthem with vinyl as the backdrop. It feels a little too pop, though this also may put it in contention as a single, and “Record Year” ending up on radio wouldn’t be all bad.

Another very well-written affair. Contrast this between the party-hearty fare mostly found on country radio. Eric Church is an adult, singing songs for adults, and perhaps fatherhood is to blame for some of Church’s newfound perspective that doesn’t put “Chief” in his ball cap and Ray-Ban’s as numero uno. I feel the production on this track faltered. They should have just left it as Church and his guitar, and maybe some wet room echo. But again, multiple listens result in the forgiving of certain trespasses, and that goes for “Three Year Old” as well.