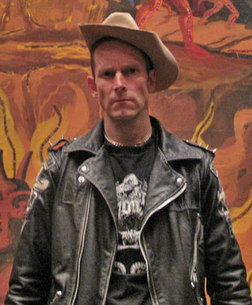 Few things get people talking in the independent channels of country music like a Hank3 release. From his neotraditional days in the early 2000’s when he had traditionalists singing his praises, to his magnum opus Straight to Hell from 2006 that saw his punk and metal influences bleed over into a hard country approach, to his last few releases that have become a polarizing subject with many fans—some still saying he’s the torchbearer and king of underground country, while others speak about the quality issues and lack of diversity in the lyricism.

The first observation that must be given about Brothers of the 4×4 is just how much music is included here. The album contains 16 songs—a big bushel to begin with. But then factor in that out of those 16 songs, 9 of them are over 5 minutes, 7 of them are over 6 minutes, 3 of them are over 7 minutes, and one, which happens to be the opening track, clicks in at 8:34. Forget scaling music for radio play, Brothers of the 4×4 is the country music equivalent to a rock opera, with wide, sweeping, monster undertakings of music, playing out grooves with fiddle, banjo, and guitars trading breaks until their exhaustive end. This approach in itself is an expression of creativity and a new direction for country that is more akin to a Frank Zappa, or Grateful Dead approach, but without the heady, or space jam baggage.

And according to Hank3, he wrote, recorded, mixed, and mastered this entire album, along with a completely separate punk album called A Fiendish Threat in 4 months. Though this may be unusual for the country crowd, this isn’t unusual if you go back and look at the output and approach a Frank Zappa would take with his music for example. And that’s the vein this album should be taken in—one of a late 60’s, early 70’s experimental project as opposed to a straight-laced 3-chords and the truth-type approach to 3-minute country songs.

But the breadth of the project lends to Brothers of the 4×4‘s biggest problem, which is the same problem with many of Hank3’s latest releases: quality control.

If this album was boiled down to maybe half of its current weight, and just a little more time was spent on whatever was left, you very well may have a 2 guns up, 5 star album here. But because you have to wade through a decent amount of chaff, and because Hank3 goes to similar wells so many times, by the end of the album he is showing his hand in places, and your ears are physically tired. At the same time Hank3 achieves some moments that harken back to his golden era in the early and mid 2000’s, while still forging new ground and achieving new marks that he will struggle to meet in the future.

Beyond the volume that Hank3 seems to be trying to achieve, there are two main issues keeping him from putting out another landmark album. The first is that he continues to insist on using the same consumer-grade Korg D1600 tracking machine that he recorded Straight to Hell on nearly a decade ago, even though there are much better means for home recording that would in no way impinge on his DIY, home recording philosophy. The continuance of the D1600 era casts a film on all of his recordings from its inferior technology, while still not giving it the warmth an analog recording affords, which is the “new” old way of making records.

Second, he’s not writing songs, he’s writing music, and then putting words on top of that music to make songs. Or at least this is the way the priority of things comes across in the music. We see the appearance of the same tired phrases and themes that felt original and fresh on Straight to Hell, but now are beyond tired. But to Hank3’s credit, there seems to be fewer of these songs on Brothers of the 4×4 than you would expect. Hank3 exists in a very unique niche of music, where he takes bold, creative leaps sonically and structurally, while sometimes residing in a very predictable place lyrically. The most unfortunate part of this is it clouds people’s perspectives from seeing just how progressive and downright groundbreaking Hank3 can be, evidenced on the other half of his last country record, Guttertown. His core audience is hellraising rednecks, and this isn’t the place you would traditionally look for progressive country being pushed to its cutting edge. 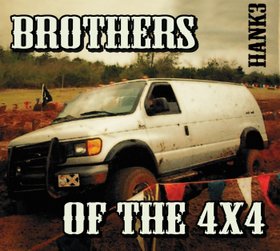 Another big point to make about Brothers of the 4×4 is that it is very, very country. His famous yodel makes a reappearance, though it is run through a megaphone-sounding filter to help bolster the tone. Maybe the album’s greatest achievement is once again striking that balance he struck so well in Straight to Hell, where he brought his punk and metal influences right up to crossing the line, but still kept the music solidly country. That accomplishment is what won Hank3 the widest audience in underground country, and he does it again on this album.

When it comes to the songs themselves, Brothers of the 4×4 is somewhat of a mixed bag, but with more good points than bad. “Broken Boogie” is downright epic, and must be named in the same breath with Hank3’s other signature songs. Unlike some of the album’s other 6 and 7-minute tracks, the lyrics are actually an asset instead of a detriment, and the song achieves an infectiousness and depth that sucks you into a fully-immersive musical experience. The sparse, mandolin-driven “Gettin’ Dim” is the shortest song on the album, but holds just as much boldness as it’s longer counterparts. I kept waiting for the 8-minute opening track “Nearly Gone” to turn boring, but it never does, driven by Hank3’s rediscovered yodel. “Possum in a Tree,” though in no way a deep or meaningful song, is still one of the album’s fun ones, featuring banjo legend Leroy Troy.

On the other side of the coin, “Hurtin’ For Certin'” just may be one of the worst songs Hank3’s has every written, with completely contrived lyrics and music set in a register that is unflattering to Hank3’s tone. Songs like “Toothpickin’,” “Outdoor Plan,” and the title track “Brothers of the 4×4” are big offenders of going to the whole “runnin’ and gunnin'” and “lookin’ for a good time” set of themes that have become Hank3’s substandard signature. But something about their approach on this particular album makes the lyrics either more tolerable, or at least forgivable, because the music is just so much fun. This is a fun album more than anything, and the listener should approach it as such.

Yes, Hank3 is as an isolated and disconnected artist to the rest of the music world as you will ever find. When he’s not on tour, I picture him perpetually mowing his lawn in east Nashville with his fingers in his ears, unbeknownst to the groundswell of resurgent roots artists that is happening right in his own neighborhood. Would he benefit from some slightly new equipment and a few more voices in the room as he’s recording? No doubt, and this is not because he lacks creativity or fresh ideas, it is because he doesn’t. But just like we all do, it takes feedback and collaboration to see those ideas come to their most ideal fruition, and compromises should be made to make those collaborations possible and foster an environment of growth.

But whether it is because the expectations are lowered, because the album is more country than his last, or because Hank3 has found a way to re-ignite his creative spark, Brothers of the 4×4 symbolizes a retrenching of Hank3 as a creative force in country, capable of generating inspiring moments in music. It’s just a shame you have to dig somewhat to find them.

Purchase Brothers of the 4×4 from Hank3