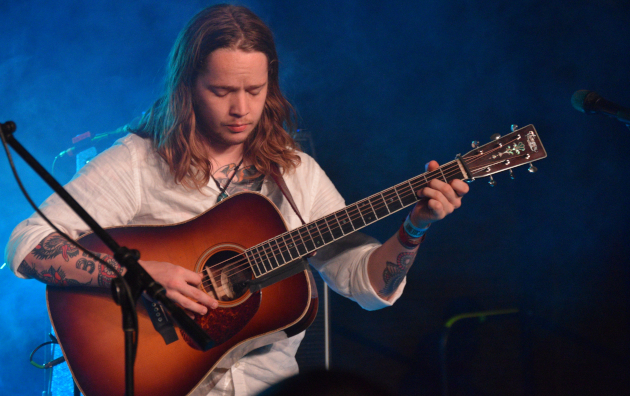 In a world fraught with musical villains, you look for heroes. In a musical landscape converted to grayscale from the rabid commercialization sweeping the industry, you seek out color. Where sameness has spread out across the fruited plane like a pandemic from the impending proliferation of the monogenre, you search out something that reminds you of where you came from, and where you’re going. And in the country and bluegrass world, those roads should all lead you to the tabernacle of Billy Strings.

For years we’ve seen the same names proffered up every time the discussion turns to who could shake up country music for the better moving forward. We know them well. Chris Stapleton, Jason Isbell, Sturgill Simpson, Tyler Childers, Cody Jinks, Margo Price, and the like. But if you’re overlooking the world of bluegrass and what Billy Strings is accomplishing, a malevolent blind spot has infiltrated your point of view. After all, bluegrass is the vessel for the oldest forms of country, and Billy Strings is adhering to it, while somehow pushing it forward like never before in its nearly 80 years of existence.

But you can’t cage the contributions of Billy Strings simply within the confines of bluegrass, or even country. This kid has gifts stretching into the ethereal plateau of music that puts him in the company of all the great maestros of their respective generations, regardless of genre. Jazz masters and symphonic composers are apt to look upon Billy Strings and his mastery of the acoustic fretboard as something that is unparalleled, and peerless. It’s like he’s from another planet where the art of bluegrass is as natural as breath.

Billy Strings does things on the guitar that from outward appearances aren’t even possible from a physical or theoretical standpoint. This results in his performances acting like a musical psilocybin, taking you places you thought weren’t accessible in the conscious world, and all while making it look so effortless. Billy Strings is arguably best musician you will witness live in our generation, with no hyperbole peppering that proclamation, or any of the others previous. He is an unmistakable savant, but one where the richness and appeal of his talent is palatable to a general audience, instead of being elusive, or only enjoyed from a technical standpoint. The expressions of Billy Strings are still washed in the blood, and accessible.

But how to bottle that in recorded form is the challenge. It would be similar to the enterprise of trying to buy and sell love as a commodity. The most potent Billy Strings experience involves standing in front of a stage, and watching a master at work. That’s not in any way to downplay his albums, but to steel the audience for the discrepancy between what many say about this young man, and what you would encounter in any recorded medium, video included. Like The Grateful Dead or the dizzying work of jazz or bluegrass greats, live is the only way you’ll ever absorb the purest, full-bodied vibrations from this music. 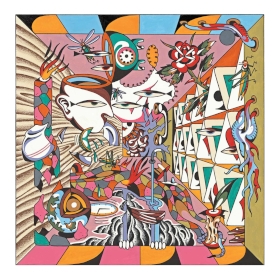 Nonetheless, the undertaking of his most recent album HOME was hatched, and valiant efforts were made to translate the talent of Billy Strings into little grooves on wax, or 1’s and 0’s streaming from your electronic device. With so many knobs and levers handy in a modern day studio, you can’t be surprised that Billy was tempted into noodling a little bit with some sonic textures that are not exactly native to wood and wire. And if you’ve seen Strings live, you know he’s inclined to stomp on some guitar pedal, and take the audience on a reverberative trip into uncharted territory.

Some will get a “jam band” vibe off of Billy Strings, especially through some of his efforts on HOME, and use it to justify their speculation or avoidance of his music. Certain consumers in the country and roots realm just don’t feel they identify with the trippy side of culture. But to cast Billy Strings aside with that wholesale pronouncement is to misunderstand the complexity and motivations of his efforts.

Undoubetedly, Billy Strings and his excellent band are perfectly willing to cut the tethers of traditional music structures, shake loose from the safety harnesses, and go exploring sonic pastures unaided by topographical maps or GPS, hoping for a safe landing on a melody hook whose position in time and space is not determined until they find it, or it finds them. But the underlying beauty in what Billy Strings does is that it still very solidly resides in the realm of traditional bluegrass. Billy may stretch some boundaries like a the curvature of a bubble, but he never breaks them, and is careful in this endeavor. Though some would characterize those bluegrass rules as limiting Billy’s creative potential, it’s his ability to work within those otherwise restrictive confines and still blow minds and find new avenues of expression that compliments Billy’s rabid creativity.

Billy Strings is bluegrass, and devotedly so when so many of his fellow aficionados in the field, especially the younger ones, are getting swept up in trying to chase dreams of being singer/songwriters or indie rockers, when their talents and appeal are best extrapolated under the umbrella of Bill Monroe. Billy sometimes veers into those territories as well in the 15 tracks of HOME, and this is where the experience can go mild. Your loyalty towards Billy Strings isn’t centered around his voice. It’s his playing and gift for composition that has put him on such a pedestal. But when Billy sets his songs into that traditional high harmony of bluegrass, this is when he shines as a vocalist, while the sedated, middle registers of some songs render him sounding average.

You may have to pick and choose your way through HOME. Phish fans will land on things like the 7-minute “Away From The Mire” and the equally lengthy and exploratative title track, and find everything they want from this young man. Bluegrass purists will look more towards “Everything’s The Same,” “Highway Hypnosis,” and the harmonies of “Freedom” to find what they’re looking for. Nobody will experience what you experience live with Billy Strings. But that takes not an iota of emphasis away from a pretty stellar effort turned in here.

Billy Strings is a pinnacle talent in country, roots, and bluegrass, and should be celebrated as such in way that makes the awareness of his music permeate throughout the entire music world, and puts him out there as an inspiration to us all in an increasingly pallid environment ravenous for something to surprise us, for something to connect to, for something that connect us to each other and to something bigger than ourselves, and allows us to explore possibilities we once thought unattainable. The music of Billy Strings gives us the ability to dream once again.

‘HOME’ was produced by Glenn Brown and Billy Strings. His band consists of banjo player Billy Failing, bassist Royal Masat, and mandolin player Jarrod Walker. Billy Strings just won both Guitarist of the Year, and New Artist of the Year at the 2019 IBMA Awards.